10 COMMANDMENTS FOR BECOMING A STRONGER PERSON 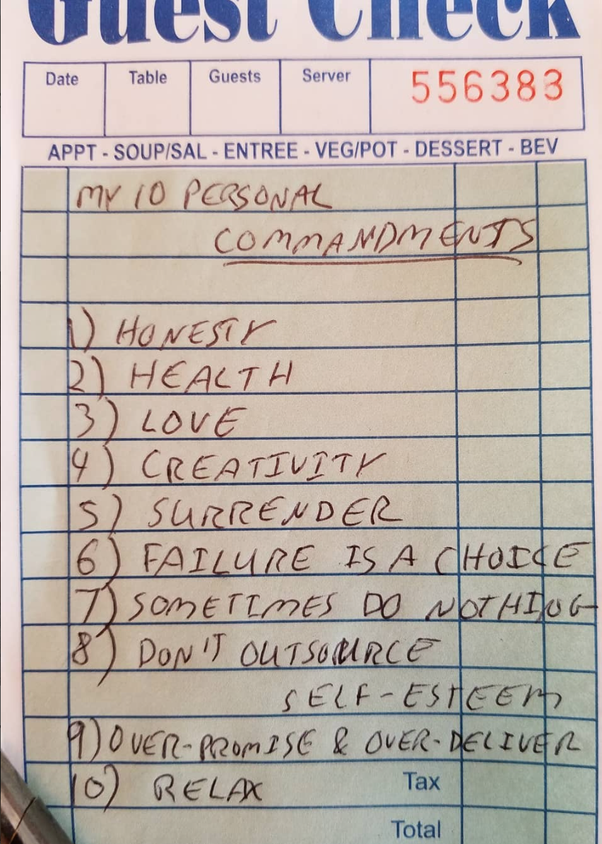 I was a weak person.

Every day I would walk by my boss’s office, hoping he would call me in and compliment me.

Once a woman liked me, I would always blow it by being clingy. I would call ten times in a night.

One time a woman I had only gone on one date with answered in the middle of the night and said, “Have you been calling all night?”

I said, “No” and never spoke to her again.

If I don’t call someone back, I start to think, “OK, I will call them tomorrow.” I think that every day and then never call them back because I’m afraid they will yell at me.

I “ghost” people I don’t like instead of dealing with confrontation.

So I wanted to be stronger.

This is my theory:

I have a public persona and an inner persona. The two should match. When they don’t match, it’s like you are a sociopath.

A sociopath figures out what to say and do in order to provoke a certain response in people.

Smile, shake hands, ask about their lives, smile again, touch their shoulders = good behavior that people will like.

When people say they have a “personal brand” what they are really saying is “I am a sociopath but people will think I’m a super genius guru”.

I want my inner persona to be the same as my outer persona.

I thought: what are my core values? That every day I have to live by, regardless of my outer circumstances?

For 15 years, when I was on a non-stop quest for money, I didn’t have these values. I had bits and pieces but I was so desperate for financial security that I ended up not living by core values.

At the end of those 15 years, I was broke and near-homeless and without family. Blah. I wrote that line before.

But one day I said: screw it. And for my ’10 ideas a day’ I wrote down a list of core values and I’ve lived by them (or analyzed them when I failed to live by them) ever since.

I guess so. Maybe a lot better. But it no longer matters. My core foundation is there.