I just got this email via Facebook from Taylor Northcutt:

world its a horribil thing . Ill bet that both your douters well think

your a complet ass hole when they get older. You making the Us look

like a ovly confedent jackass of a country. Pray that i dont find you

becase i well kill you with no mercecy then devour your body. I shal

never messege you agean Nor shal i reply….we speak no more.”

And you know, the first thing I wonder is, how is Taylor Northcutt (whoever he is) going to meet a girl? Like, is he the sort of guy who can mingle ok at a bar? Does he have the basic social skills?

Because if he doesn’t meet someone, and have kids, and then have grandkids, who is going to take care of him when he’s an old man? Where’s he going to be?

One time my grandma called me and said, “he’s missing?”

And I said, “is grandpa there?”

And she said, “ They kidnapped him.”

So I went over there and, in fact, my grandpa was missing. According to the neighbor he wasn’t feeling well so left to go to the hospital. But my grandma had forgotten that. So I went to the hospital and picked my grandpa up to take him home. As we were walking out of the hospital, shit was coming out of his pants onto the floor. “I’m sorry,” he said. Its hard to be old. I don’t want it.

So who will take care of Taylor Northcutt when he’s old? He needs a woman who can calm him down. Maybe make him go to work instead of sending me emails via facebook (unless, maybe he’s a facebook employee, or perhaps even Mark Zuckerberg, just having some fun). I tried to click on his profile but it was already gone or deleted or something. It wasn’t clickable and I had never seen that before on Facebook. I reported it on facebook (if Facebook can’t help him meet a woman then I don’t know who can) but no response yet.

Its so hard to live one goddamn day without feeling any anger. And yet anger is linked to cancer, heart disease, strokes (my dad had a fatal stroke while in an argument with a real estate agent ), etc. 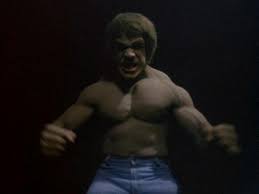 We know for a fact that if we feel less anger we’ll be happier, we’ll live longer, our days will be more productive, we might even laugh more, which leads to further health benefits.

But we’ve all been through a lot. It’s been a hard three years. People don’t admit it but we’ve all had our moments in the past three years where we felt like we were going to break loose at the seams. The threads holding us together twisting out of control until we are just strings floating in the air. So we find things to be angry about, to lash out, because it seems that’s the only way to hold the threads together. The only way we can preserve the sense of self that has slowly been lost over the past few years.

One of my daughters gets angry quite a bit these days. I don’t know what to do with her. I tell her to take deep breaths and count to ten. But its hard for a little girl. I love her so much and want to hold her when she’s angry and I try not to tell her her future. Because her future is me and it might not be so pleasant.

So here’s my techniques now for avoiding anger when I can:

–       Its universal.  Realizing that everyone is in pain. Everyone had a bad day this morning. They looked in the mirror and they weren’t happy about what they saw. Or they are having problems with a girl. Or their parents or kids or wife are disappointed in them. Or their father didn’t love them when they were kids. So now they are taking it out on me. Just keeping aware of that helps to reduce my judgements of them.

–        Judgement.   Anger when it comes from judgement is a form of ego. I think I’m not so good at judging people. Usually I dislike people the first time I meet them. And I think all sorts of things about them that are not true. Again, just recognizing this is happening helps me to avoid doing it.

–          Paranoia. A lot of my anger comes from paranoia. Is he doing a deal without me? Is she cheating on me? Some of this seems to be genetic (my late Alzheimers grandma assuming someone kidnapped my grandpa. She could never say “hello” when she picked up the phone. She always had to grunt until someone talked so she knew it wasn’t anyone who was “after” her. When I get this paranoid feeling all I can do is pray. Please god, help me stop being paranoid. And I just have to wait until the feeling goes away. Or take a pill. Either one.

–        Gossip.  I try never to gossip about anyone. If I never say anything bad behind someone’s back then I can at least feel comfortable that nobody has any reason to do the same with me.

–         Breathe. I try to breathe deeply as much as I can throughout the day. When I’m angry I take short, shallow breaths. The air is barely in my throat before I’m exhaling it again. So in anticipation of later anger, I try to do the opposite. Take deep breaths as often as possible. I try to get air going into every part of my body. I read something beautiful the other day – that when you breathe in, imagine that you are inviting god in. When you breathe out, imagine that you are surrendering yourself to god. If I surrender enough, then I know I won’t get angry.

–         Its hopeless. A few months ago, someone wanted to allocate $25mm for me to manage. A friend of mine ended up blocking the deal and making it not happen. I was angry at him.  I even sent an angry note. He wrote back, “whats wrong james? We’re friends. It was just business.” Nothing is ever just business. It’s all about relationships and trust.  But in business, people lie to you and misrepresent every day. I can count up to 100 the number of times I’ve been lied to in just the past three or four months by people I consider or considered friends. People think nothing of it in business and then they just move on. And no matter how “Zen” I get about it, I can’t lie to myself – I’m going to be angry. And I’m going to think at night about it. And compose emails in my heads. And talk to my friends about it. And so on.

So the best thing to do is to get away from it. To every day eliminate people who get you angry, and surround yourself (if you can) with people who don’t. Believe it or not, that might make you not as rich as you could potentially be. But it will make you happier and healthier.

At the end of the day we want to be able to handle our suffering, and increase our happiness. Those are really the only goals. To do that, the most important thing is health. To keep health, we need to reduce anger. Its really simple.

When I was six years old, my grandfather would tell me, “you know why the universe goes on forever?” 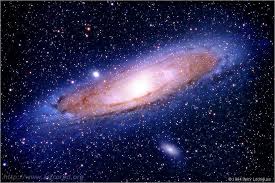 Why? I always responded

“Because if it ever ended,” he said, “then what’s on the other side?”

But it was so hard to think about. What does forever mean? “Think about it,” he said. “What’s on the other side?”

So when I got that email from Taylor Northcutt, all I could think was that same question: “what’s on the other side?”