10 Reasons Your Boss Hates You. And He/She Is Right. 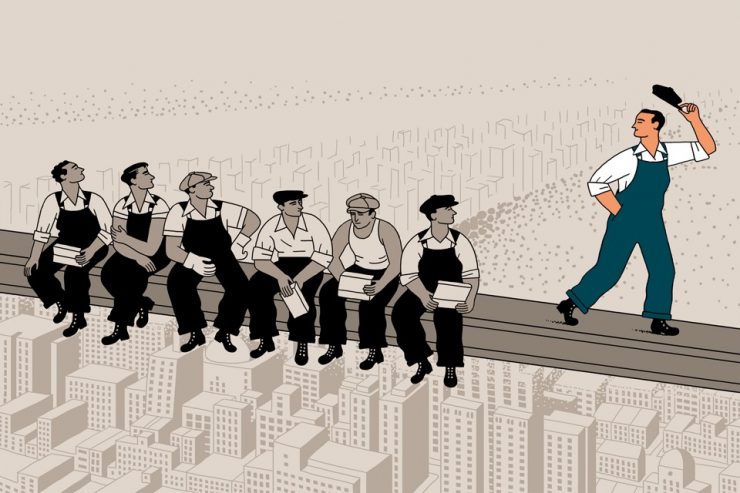 I had a boss who would push his glasses down on his nose when I walked in and look at me above the glasses.

Your boss hates you also.

He takes your hard work and pretends, to his boss, that it’s his work, and uses that to get promotions, money, and love from his spouse and children.

He should love you. But he doesn’t. He hates you.

If you do good work, he’s afraid you will pass him. Or you won’t give him credit.

Or that someone else will steal you away. Like another company, or even worse, another department within the same company.

How many times has a boss said to you, “Don’t talk to them direct. Talk to me first.”

If you do bad work, it’s all your fault. You’re fired

He constantly thinks you are talking about him with other employees (he’s right).

So he tries to be your friend (he can’t) but you just pretend.

He hates his boss. Because his boss treats him like shit. And like a father who beats his son, the son will beat the grandson.

You are smarter than him. He was hired a dozen or more years ago. So he doesn’t know the latest.

He depends on you for your knowledge but is afraid to admit it. So will act like he’s disciplining you in order to pretend to get information from you.

Walter Mondale, the former Vice-Presient of the United States, once said, “People stopped laughing at my jokes when I left office.”

That’s because bosses are not funny. But everyone has to laugh at their jokes.

You have more friends than him. Because, as the cliche goes, it’s lonely at the top.

The reason it’s lonely is because bosses are assholes.

He has a mortgage, more kids, and he’s sick. Because he’s older than you.

You have youth and vitality and freedom. He thought money and being a boss would buy him freedom but it’s actually you who has the freedom. He knows it but doesn’t want you to know it.

You have sex more often than he has. I’m guessing on this. But I bet it’s true.

Quitting is freedom. And it’s easier for you to quit. Where else is he going to get a middle management job paying him $225,000 a year?

He scammed his way into that salary using old-school economics that are disappearing and he’s desperately trying to hold onto it.

He has to manage down AND manage up. You only have to avoid him in the hallway and in the bathroom.

You have POWER over him. Not the other way around.

You have the skills. That’s why you were hired. Because bosses are promoted to their level of incompetence.

If you have competence, you have control over your career and mission in life.

If you have a mission, you have freedom.

If you have friends, you have a good life.

His mission is to keep getting promoted before he’s fired. He has no friends and no other purpose anymore. He sacrificed purpose in exchange for fear.

And he’s promoted himself into his level of incompetence.

Say “no” enough (while you continue to build competence and a network) and eventually you will be your own boss. And that’s freedom.

Related Post: How To Quit Your Job the Right Way