Every day it’s usually a soup of all of the above. And the people around me are sick of it if I can’t come up with a post idea by 8am. Then I’m unhappy. Blogging is painful if you want to be good at it. So I’m all in favor if you want to be bad at it.

Nor am I going to say you should pay attention to me. I would prefer if you didn’t follow any of these rules. Blogging is a drag. Every day. I look at my favorite short story writer ever, Denis Johnson. He wrote around 10 good stories in a LIFETIME. And if I write one bad post I get emails about it. So I really hope people do the opposite of these rules and be bad bloggers. I sometimes bleed too much when I blog. When you bleed too much it gets painful for yourself or for the people around you (“Ugh,” I can hear Claudia saying, “I have to put up with him all day saying ‘I have nothing to write about’ “)

Nor am I saying that  I’m the Moses of bloggers so now I can write the 10 rules. Moses stuttered and I don’t. He also killed the first-born non-Jewish child of every family in Egypt. I think that’s a pretty cruel thing to do. I’m just saying here’s 10 rules that I try to follow. I don’t sell ads or anything on my blog. Nor do I follow the blogs whose sole purposes is to tell you how to make money as a blogger.

1. Say something nobody has ever said before, ever!

Example: My recent post, “I’m scarred”. Its a response to a large part of the self-help industry. I view many things in self-help as methods of hypnosis. They hypnotize you to be happy when you might not be. Then, if you are hypnotized, you can function in the real world and achieve success. That, in a nutshell, is 99% of “self-help”. But I don’t want to be hypnotized. I want to be the real me. The real me is scarred and proud of it. Rather than being hypnotized into being a functional human in a brainwashed world, I want to be a superhuman, riding on top of the zombies. I AM LEGEND!

Example: my “Note to Facebook Shareholders”, I start with how much money I lost in the dot-com boom. Result: its a big number so people get shocked. Just like you get shocked when you see a car accident and you stare out the window as you pass. You can’t keep your eyes off of it. All of that blood! Blood gets to the heart. If you can’t say something you are embarrassed about, then don’t say anything. 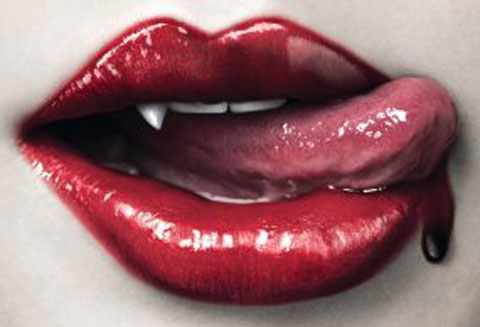 3) Tell a story. Not just blood but tell a story with a beginning, middle, end. For instance, something is wrong in the world and you have an idea to save it: beginning is How this Problem Has Effected Me. Middle is How it’s Affecting the World. End is Solution. Then the real End is how people react to your thoughts. The bloody aftermath.

4) Deliver something of value. Everyone has read blog posts like “10 ways to have more confidence in a meeting”. Without the above three items though, nobody will read that post. But people want help. They need it. It’s a hard world. If you really have something you are expert (through personal experience or heavy reading that you can synthesize) then share it. But deliver value in every post. Deliver value in every sentence. Try to in every word if possible.

5) Pictures. There’s a reason Instagram just got bought for $1 billion. There’s a reason Pinterest is the fastest growing social network ever. There’s a reason Facebook is considered just one big photo sharing service (on my “facebook ticker” on the right is just just people commenting on other people’s photos. People LOVE pictures. And people have little attention span.

There’s 800mm blogs. You have to compete. It’s not enough to have the above 4 rules. If you are going to have a post greater than 200 words you need to get people’s eyes to dance down the page. There are three ways to do that: photos, bold text, and lists (or all three). Photos because their eyes jump from photo to photo (and hopefully read everything in between). Lists because their eyes jump from point to point and then they decide what to read in those points (each point is almost like a mini-blog post. Plus its like a road map of how to read your blog). BUT, if you go the list route, you still need photos. But not the other way around.

6) Challenge conventional wisdom. I don’t want to read the NY Times on Sunday and then see more-or-less the same thing in your blog the next day. If you think Romney or Obama should be President, give reasons nobody has ever thought of before. If you think kids should be unschooled give: reasons, curriculum, results of unschooling, experiences in unschooling, etc. Maybe you think Israel should be relocated to Montana. Maybe you think Google should be implanted in the eyes like in a cataract-style operation. Maybe you think the SEC, IRS, and FDA should be abolished. I’m not saying I agree with any of the above but if you are going to take a stance, go out to the furthest, weakest, limb on the highest tree , and shout it loud. then Bleed. The bleeding will carry the blood back to the root of the tree. Back to the people standing watching the tree.

Don’t do it just for the sake of controversy. But a blog should help people how to think. Everyone is brainwashed all day long. The blogger is the deprogrammer. You have to look at things in a different way. If you don’t, then go back to being a robot and wait for the next instructions from the mothership.

7) Show, Not Tell. Don’t tell me “Apple has a better phone than Google”. Give me specific examples why and how you specifically used the iphone. Don’t tell me “Richard Nixon was a liar”. Show me when he lies. Put me in his shoes and make me lie as if I were Richard Nixon. Start off “You are Richard Nixon and you are scared. Everyone standing in your office right now might be testifying against you but you don’t know who. What do you do? You stand up and lie…”  Don’t tell me the FDA causes companies to spend too much to develop a drug. Show me a company that spent a billion dollars and had to drop out at the last moment because they couldn’t raise enough money for the one drug that everyone deep down knows cures cancer.

8) Titles need  to be GREAT. You don’t want titles to be link-bait. Like, “10 Ways I Peed on Politics”. But make sure they suck someone in. This is no different than direct marketing from the 1940s. Making a title on an envelope so good that people HAVE to open it despite the piles of junkmail. Lists are good for this. But check out the book “Tested Advertising Methods”. There’s scientific evidence what is a good title and what is not. You want people to CLICK. I wrote a recent article on TechCrucnch: “Why Google Might go to Zero“. I was talking about the article to a friend of mine the morning it was released and he said, “why didn’t you title this “This is like the XYZ Case Number 2”. I can’t even remember what the XYZ case was. BORING! My article ended up being popular. In part, because of the title. And also, in part, because I told a personal story about never getting the girl’s number.

I bled, I delivered value, and I gave evidence nobody had ever thought of before.

9. Use Facebook, Twitter, Google+ and any other platform you can think to spread the world. Offer to syndicate on various sites. You need to built your platform. There’s no such thing anymore as “build it and they will come”. People say if you syndicate then Google Search doesn’t like that. WHO CARES!? If you consistently deliver value, then value will come back to you.

10. This is almost a summary of the above but: NO RANTS. Personal story, great title, blood, problems, solutions, value, challenge wisdom. But no rants. The personal story weaves it all together. Even this post started with my own personal pain about blogging. Every day I have to decide, “is this the day I stop.” Why am I even doing this? I don’t really know. But I like to do it so today it continues.

End it “And then I sat down and ate vanilla ice scream. My favorite.” Cap off your anger with sweetness. Deep down, we don’t want problems. We don’t want blood. We want to eat vanilla ice cream. And that’s what I’m eating right now.