10 Things I Don't Want to Talk About

I’m very nervous. On October 11 I have to talk at Barry Ritholz’s conference, “The Big Picture”.  There’s a saying in poker,”When you look around the table and you can’t find the fish, it means you’re the fish”. When I look down the list of speakers at Barry’s conference, one thing becomes clear to me:

I’ve got a couple of other things going against me. For one thing I wrote a post about “11 ways to be a great speaker”.  So it’s like I took a gun and just shot myself in the head right before the talk. Expectations will be high so I need to use this post to drastically lower them.

The other problem is “theme”.  I once asked Barry how he writes three or four posts a day for his blog. His blog is very popular. He shows me the stats. He get’s 5-6x the traffic I get.

“I write about whatever I’m angry about that day,” he told me.

And Barry is always angry. The last time I saw him he was ranting about some conve

rsation he had that morning with the insurance company and he grew that into a whole rant on how bad the entire insurance industry was. I just kept nodding my head. What else is there to say?

I think the time I got together with him before that he was…ranting about the insurance industry! He had ANOTHER conversation with someone from the insurance company. Were they the same company? I have no idea!

These women in India at the call center don’t even know what they are dealing with when Barry R calls.

Barry gets angry about lots of things. The economy, stocks, the government, unemployment. So when he has a blog and a conference called “the Big  Picture”, presumably these are the topics he wants people to discuss. Today in his blog he talks about mortgages interest deductions, FDIC bank failures, the growing difference between the rich and the poor, and on and on. He’ll take a great stat/chart built usually by an informed source, and then he provides his angry rant on it. That’s “The Barry Method”.

Here’s the problem:  I don’t want to talk about any of these things. Particularly in a room filled with people smarter than me. The economy, stocks, the government, unemployment, the mortgage situation, insurance, bank failures, rich/poor. That’s eight things. I’m sure if I read Barry’s blog a little more I’ll find two more things I’d be terrified to talk about. I can rant also about all these things. But what if I say something stupid? Then everyone in the room will be like, “That James Altucher. He’s just being crazy. Let’s get the real speakers on. What…is he going to do that Dow 20,000 prediction again? Barry will rip him to shreds and everyone will laugh.”

So I have some ideas of other things to talk about:

A)     Vitamin Wine. I actually had a dream last night about Barry. I think it’s because I’m so nervous about this talk. Alec Baldwin and I were presenting a business idea to him. Alec was very excited in that 30 Rock way of his. Vitamin Wine. Sort of like Vitamin Water except you get drunk. “50 Cent made $400 million on Vitamin Water”, Alec and I both were saying to Barry. But it was a younger Barry. Like in his Facebook picture. And he kept eating, chewing his food in front of us while Alec and I were presenting. Very rude, Barry!

B)      The EyePad. You’d heard of the ipad, right? It didn’t even exist two years ago (heck, one year ago you could barely get one) and now it’s completely changed computing and I’m dying for my ipad 3. Well, it just so turns out I’ve spec-ed out my own version that I call the EyePad: 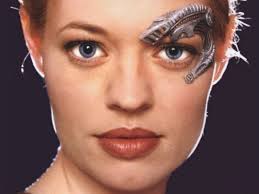 C)      The Star Trek Food Replicator. Who wouldn’t want to talk about that? Here’s the basic idea:

The technology is all pretty much invented already. Why don’t I have a Star Trek Food Replicator in my house right now? I’d rather have that than cable TV, for instance (you know, if someone was holding a gun to my head and I had to make a choice).

D)     Solution to the US obesity problem.  There’s about 10,000 spinning classes happening every day around the world. Maybe more. Throw in aerobics classes, etc. A spinning class burns away between 500 and 1000 calories per person. Let’s say, for simplicity stake, 1000 calories times 10 people per class. So that’s 10,000 calories a day being burned in a single spinning class.

What happens to those calories? Answer: nothing. They just disappear into the air. Or something. I don’t even know. Do I look like a scientist to you? But I do know this: that 1000 calories equals about 4.1 watts (not exactly. 1000 calories equals 4.1 joules, which are watts/second). The average house uses 24,000 watts a day.

Someone should create a machine storing up the energy generated in these spinning classes. Then, whoever loses the most body fat at the end of the month, gets that energy delivered to their house through the SmartGrid of their utility company. This will save almost half their utility bill a month (basically a tax deduction, which helps stimulate the economy) and will give people incentive to lose weight. BAM! Two problems solved at once. How can you not love that? 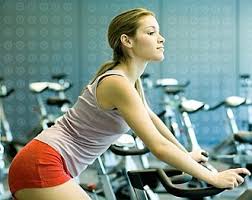 It’s Monday morning on Labor Day as I write this. Claudia just sent me an email from some other room in this house asking me if I could make French Toast. A couple of points here:

–          If I had an EyePad and a food replicator I can just think about it and 10 minutes later the French toast will be all ready.

–          I just learned how to make French toast yesterday for the first time in my life. 43 years old and it took this long to learn how to make my favorite food. Of course, I didn’t quite follow the directions. I put in more eggs and more vanilla than recommended and it tasted great. I was never very good at following directions in chemistry class and if you are Wolfgang Sprie (my old  Chemistry partner) then I deeply apologize about the the “D”we both probably got. At least, I got it, so I assume you got it as well since you stopped speaking to me afterwards even though I thought we were best friends.

And this also means I still don’t have any more ideas for my talk for Barry’s. The other thing I was thinking of doing was talking ONLY about the economy but doing it entirely while hula hooping so at least if people think to themselves, “Man, that James Altucher is a clown” they’d have a damn good reason to. 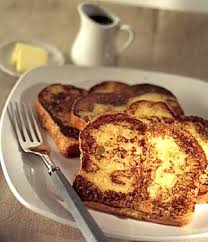