10 Things I Learn From Richard Branson 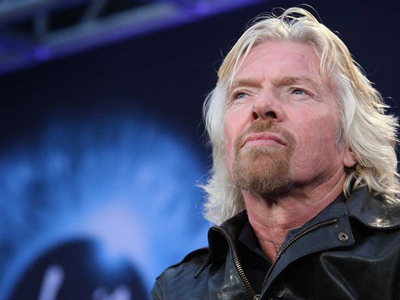 The other day I went out at night and fell asleep on a park bench near the beach in Miami.

When I opened my eyes I pretended I had just landed on the world. I knew nothing. Now I had to learn everything.

That’s the way I should’ve been when I was younger. Maybe I would’ve avoided many problems if I just realized I knew nothing.

All successful people started off knowing nothing.

I really admire Richard Branson. He’s one to study.

I love the story of how he started Virgin Airlines. He was already successful from Virgin Music. Note that now he has nothing to do with Virgin Music.

I don’t even know if Virgin Music still exists. All that is left is Virgin Air.

A plane had gotten cancelled. Everyone was upset.

But Branson wasn’t upset. He found a plane that would take him. But he didn’t have the money.

One good thing to start with always is to imagine the obstacles gone. Imagine, “if I wasn’t worried about money, would I still make this trip?”

I call this IDEA SUBTRACTION. Subtract the perceived obstacles to an idea and (BAM!) you find that many more ideas are born from that.

First, he arranged to rent the private plane, even though he still had the obstacle (“no money”).

Then he put up a sign: “$29 for a plane to Puerto Rico.” And everyone signed up. Suddenly he had the money for the plane.

That was his proof-of-concept for an airline. Now that is his main business and it’s worth billions.

Here’s ten quotes from him that I think are valuable.

1. Richard Branson: “Listen more than you talk. Nobody learned anything by hearing themselves speak.”

2. Richard Branson: “Start making suggestions for how to improve your workplace. Don’t be a shrinking violet, quietly getting your job done adequately. Be bold, and the sky is the limit.”

Note he’s not suggesting start a company. You can always create inside ANY surrounding and you will be infinitely rewarded for that.

The first employee at Google is now a multi-billionaire even though nobody knows his name (Craig Silverstein). He was an employee and he created and blossomed. 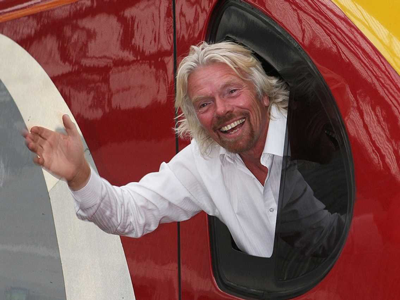 3. Richard Branson: “Age isn’t as important so long as you are surrounded by people you love, doing things you passionately believe in.”

I truly believe this. We all have things we love to do. And it’s the people around us who love us that help us unlock these dreams.

It’s ONLY when you find the people you love, you can create and flourish. Henry Ford was 45 when he started his third car company and created the assembly line. He did this once he eliminated all the people who tried to control him at prior companies.

Colonel Sanders was 65 when he started “Kentucky Fried Chicken”.

Laura Ingalls Wilder was 65 when she wrote her first book. The book that would turn into the series, “Little House on the Prairie”.

This was after she had been totally wiped out in the Great Depression and left with nothing but she started to surround herself with people who encouraged her and pushed her to pursue writing to make ends meet.

4. Richard Branson: “What I personally know would make up a dot so minuscule it couldn’t be seen. What humanity has collectively learned so far would make up a tiny mark within the circle. Everything we all have to learn in the future would take up the rest of the space. It is a big universe, and we are all learning more about it every day. If you aren’t listening, you are missing out.”

The other day someone asked me if I believed in “God.” There’s no answer. Always have reverence for the infinite things we will never know. Our brains are too small.

This next quote I slightly want to change:

5. Richard Branson: “To be a real entrepreneur you always have to be looking forward. The moment you rest on your laurels is the moment your competition overtakes you.”

I think ‘entrepreneur’ can be changed to ‘human.” We all have to survive and succeed first as humans. And the job description changes every day.

Every day there is room to finish this sculpture that began the moment our mothers released us into the world. 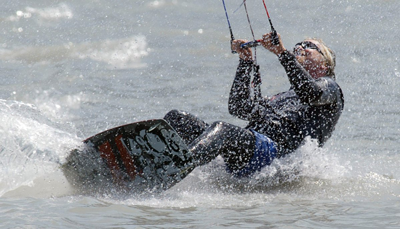 6. Richard Branson: “There is no such thing as a boring person: everyone has stories and insights worth sharing. While on the road, we let our phones or laptops take up our attention. By doing that, we might miss out on the chance to learn and absorb ideas and inspiration from an unexpected source: our fellow travelers.”

Every day has stories hidden inside of them, like a treasure hunt. When you find those stories, you get rewarded. Not by money, but by…I don’t know. Something. You feel it when it happens.

7. Richard Branson: “It can be easy to find reasons not to do something. However you might be surprised by how much help is at hand if you put yourself out there and commit to a project. It doesn’t have to be a case of struggling along by yourself.”

We live in a world of connection. The barriers we’ve erected by storytelling (religion, nationalism, corporatism) are breaking down.

You can crowdsource a revolution with a single tweet now. There are a million ways to ask for help and a million people who want to help you.

But it’s hard to ask. There’s the old fears of rejection. Fears of people viewing asking as weakness. Fears of infringing on someone by asking.

Offer value in your ask and then the reasons to not do something start to go away until there are none left.

And again, Branson is referring to “idea subtraction” which has constantly propelled him from success to success.

8. Richard Branson: “When most people think about taking a risk they associate it with negative connotations, when really they should view it as a positive opportunity. Believe in yourself and back yourself to come out on top. Whether that means studying a course to enable a change of direction, taking up an entry level position on a career ladder you want to be a part of, or starting your own business — you’ll never know if you don’t give it a try.”

Another example of how Branson would use “idea subtraction” to come up with tons of ideas.

For instance, sometimes people say, “If only I knew how to program I could do X.” Well, imagine you could program. Subtract that worry. Now what ideas would you implement?

You can always subtract a worry. Whether it’s putting up a sign (“$29 to get to Puerto Rico”) or, as Branson suggests above, taking an entry level position.

When I started my first successful company my job title was, “Jr. Programmer Analyst” at HBO and I had $0 in the bank.

I took an entry level job so I could move to NYC and start making connections. I stayed at that job for three years while building my network.

For more than half of those three years I had my first company on the side, building up.

I was afraid all the time I would get caught doing two jobs at the same time.

But I did learn that these almost insurmountable obstacles were the EXACT reason I had huge opportunities.

When people think a problem is impossible they value it at zero. Successful people buy ideas low (zero) and sell them high.

You ask “why can’t I?” as in the following quote from Branson:

9. Richard Branson: “I’ve always had a soft spot for dreamers – not those who waste their time thinking ‘what if’ but the ones who look to the sky and say ‘why can’t I shoot for the moon?’”

oes he really mean the moon here? Or does that sound cliche? Let’s look.

When Branson was a teenager and started his first magazine devoted to music, I doubt he was thinking about shooting for the moon.

But who knows? Now his biggest investment is Virgin Galactic. That magazine (which he started despite severe dyslexia) literally turned into a company that is now shooting to land a ship on the moon.

Why not? Why not? 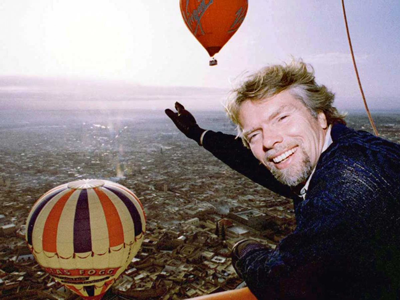 10. Richard Branson: “Together we can make the products, services, businesses, ideas, and politics for a better future. In this ‘new power’ world, we are all makers. Let’s get making.”

Sometimes people write me and say, “not everyone is cut out to be an entrepreneur. Some people like being employees.”

I agree with this. There is nothing wrong with being an employee. It’s what you make of it.

I‘ve been an employee many times. The key is to realize that an “employee” doesn’t mean you give up on creating, on making, on coming up with ideas.

In fact, an employee often has more opportunity for abundance than an entrepreneur. The playing field is much larger in a big corporation where everything is possible.

I went to graduate school with Astro Teller, who was recently on my podcast. He runs the special projects division at Google called GoogleX. He’s an employee at Google.

He was asked to “dream” at Google and now Google, a software company, is making driverless cars. It seems insurmountable: “What if we can make a car without a driver?” But that’s where the opportunity is.

Every day I wake up and it’s a constant battle in my brain against obstacles. Usually not business obstacles but emotional ones. Fears. People. Ideas. Hopes. This is life. A stream of obstacles and fears in a tough world.

I wish I had paid attention to the many wonderful virtual mentors, the Richard Bransons of the world, when I was younger.

To simply admit, “I don’t know” and reap the benefits of curiosity.

I hope I learn something today. If not I‘ll go back and reread these quotes and maybe sleep on a park bench.