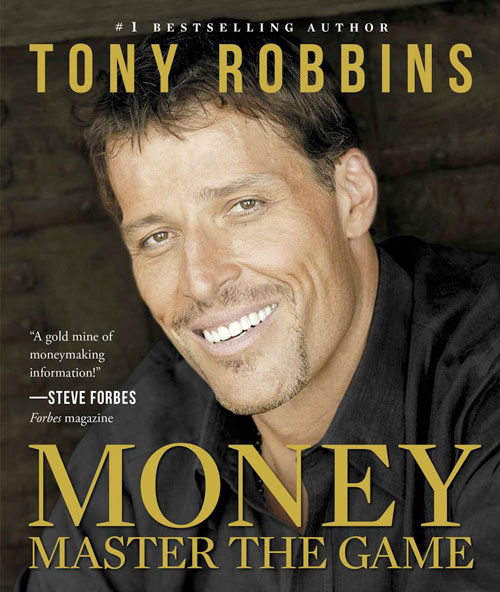 When we got to Tony Robbins’ house we were specifically prevented from photographing his  sneakers. I took out the camera but his assistant shook her head. “No”. Which made me feverish to take the picture even more but I didn’t.

Everyone takes their shoes off. And all the other shoes were like normal human shoes. Then there were his sneakers.

My business partner called me after we did our a major deal in 2004. I was about to go broke when we did this deal but we did it and it saved my life.  My partner said, “you’ll never guess what number I wrote down in 2001 after we both read “Awaken the Giant Within” ‘ and of course I guessed correctly. It was the number we made in 2004.

In 2001 he was ashamed to tell me. “Guess who I am reading.” And then we realized we were reading the same books. Both of Tony Robbins books. But they were written so long ago I kept going to the bookstore thinking Tony Robbins was going to have a new book out any day.

Now Tony Robbins has a new book out today. For the first time in 25 years I think.

Bill Clinton is the first blurb on the inside of his book (I ask him about that in his interview: “Why does Bill Clinton even call you? What do you guys talk about?”)

So I was really excited to fly down to his house in Florida and interview him a few weeks ago. It was like going down to visit a member of the X-Men.

Claudia and I got to his house and his staff helped us set up our equipment and then we took a walk out to the ocean. It was beautiful. We felt lucky and relaxed.

Then we went back inside. I told Claudia to start the recording before Tony even showed up. So we could pick up all idle chit chat. When Tony arrived we started talking and he said, “this is good. We should record this” and then he laughed when Claudia said we were already recording.

Tony took it one step further and interviewed the top money managers in the world, how they do what they do. He exposed many of the scams still on Wall Street. He gives simple advice that everyone can follow.

We spoke for an hour. Here’s what I learned from the book and from talking to him. I’m mostly going to leave out the financial stuff. All of that is in the book: the scams, the ways to avoid them, the interviews with the amazing people he spoke with.

Here’s what I personally learned.

Many people say, “Why did this have to happen to me?” Or “Why did I lose that job when I was good?”

These are lousy questions. You will never get an answer that makes your life better. I get bitter, resentful, angry. And anger is  a form of fear.  I’m usually afraid I’m going to go broke. And if I go broke, I’m afraid I die.

Because inside of every problem is the seeds of a “difficult gratitude problem” and it always improves your life to solve those problems.

B) TO MASTER ANYTHING, TALK TO THE EXPERTS.

Tony told us about a time when he was 24 years old and he wanted to train members of the military to shoot better.

“I had never shot a gun in my life,” he said and laughed in his raspy voice. He was scared he wouldn’t do a good job.

So how did he solve this problem? He spoke to five excellent sharpshooters, figured out what they all had in common, and then used that to increase the results of the students in the school by 50%.

This is true for everything in life. I look at the example Mark Cuban told me. He didn’t just start Broadcast.com and make a billion. First he started a bar. Then he started a computer business. Then a hedge fund.

He brought the target very close and then moved it further and further away as he succeeded at each thing.

I thought about teaching my 12 year old how to serve in tennis. First I had her serve from the net. “All you have to do is hit the ball into this huge box.” Then when she got 10 in a row I had her move back a few feet until she hit the base line. Now she’s got the most consistent server on her team (I’m bragging).

Tony told us of one time he asked people what their goals were. One guy said, “I want to make a billion dollars!” At first this would seem like an admirable goal – set it high! There’s that horrible saying, “Aim for the moon, because even if you miss it you’ll find yourself among the stars.”

But Tony said, this guy didn’t really understand his goal.

“By the end of that session,” Tony said, “it turns out to achieve the exact lifestyle he thought he needed a billion for, he needed $10 million.” This is still a lot of money but this was Tony’s way of bringing the target closer.

When I read that in his book, I did the exercise with Claudia. Her numbers went down by 90% when we really went through it. What happens then? You feel relief. You don’t have to be on the hamster wheel of money for your whole life. What you want is freedom, not money.

E) EXPERTS KNOW THEY KNOW NOTHING.

All the time I get spam financial newsletters saying, “The Markets are going to zero!” or “This stock is going to go up 1000%!” The reality is the experts know zero. With every investment expert that Tony interviewed they not only had a plan B. They had a plan C, D, and E.

The best professionals in the business admit they know nothing.

Nobody can predict the future. Anything can happen. When I got out of the “future” business I was much happier. I got into the possibility business.

This made me a lot more successful. Leave the future business for the possibility business and the world will get infinitely larger.

F) HIS ENERGY IS INFECTIOUS.

Somebody told me he jumps up and down on a trampoline before speaking in front of 10,000 people. He wants his energy at peak.

I thought about doing that before my most recent TED talk but there was no trampoline available. But it’s true. When he came downstairs to talk to us he was very excited about the potential for his book to help people. It almost made me want to write about financial stuff again.

After Claudia and I left his house (and, by the way, that’s a BIG house) we had so many ideas about creative things we could do we almost had to pull over and calm down. So we went to Cheesecake Factory and ate until we exploded.

In the interview I said, “Ok, I figured it out. You use “the Tony Robbins Method'”. Which I defined as,

And that’s how you succeed.

Everyone needs to know where their next meal is coming from. And maybe their next kiss. And maybe… a bunch of things. We crave some stability, which was the appeal of corporate jobs for the past 100 years (although that period is now slowly coming to an end) and was the appeal of all these mutual fund ads that say, “we return 9% a year”.

But most of that stability is a lie. You have to find stability inside yourself first.

For me, it’s stable to make money from multiple sources. To know that if I have ideas every day, then life will be more stable than if I don’t.

It’s this dance of certainty and uncertainty that made us human and we often lean too much in one way or the other. But if you did that on the dance floor you’d fall over.

Tony describes this in the book in a financial sense. His goal is to expose the lies in the financial community and get you thinking about how to provide stability there so you can find variety in other parts of your life.

I) SHOW PEOPLE YOU ARE GRATEFUL.

When we are very young we build strong neural circuits across our brains so that electricity can pass quickly between certain neurons. This is why it’s easier to learn when we are young then when we are older.

After the age of 20, we lose the ability to “insulate” these neural circuits with myelin, the substance which cements these circuits for life. This is where our basic intelligence comes from. Building as many circuits as possible with myelin protecting them.

I think the same thing happens with relationships. Business, personal, family relationships, etc. They start off young and that’s when you can build almost a “relationship myelin” around them. You do that by being honest with people, by showing gratitude, by not overusing the connection, by treating it just right so it develops into something that can last a lifetime.

If someone does something for you, show you are grateful.

J) BE THE SERVANT OF MANY.

Tony said in the interview exactly how much he saved in taxes by moving from California to Florida. It was a big number. He had a big house. He’s spoken in front of three million people. He’s feeding 50 million people. This is a process that took him 30 years or more.

He said the way he did it was by being the servant of many. By constantly adding value to others, you get value come back to you. It becomes the most natural thing.

But it’s by helping others and accepting help that we grow as a society. Sometimes people think “choosing myself” is a selfish concept. But it’s the only way you build the strength to help others. It’s the only way you surrender to not some man-made force, but a force inside yourself that is perhaps the most powerful there is.

Claudia and I left his house and drove around and around talking about what the interview meant to us. And I guess we still are.