Only when I made money, did money become this giant storm cloud in my life. It was like this torrential nightmare.

When I say “made money” I mean: I finally had more than 2 months worth of rent and living needs in the bank. Then it meant: I needed to have infinite money.

Before that I was “creative”. All that means is that I got to interview prostitutes and drug dealers for a living.

One transvestite prostitute told me she/he was abused her entire childhood in juvenile detention centers. And now she can only go out at night. And she doesn’t know where to go.

I admit, I was grateful to be interviewing and not the interviewee.

Then I made some money and that was my new drug. No longer asking people questions. Instead, just hoarding. Or losing. Or somewhere from one end of that to the other.

“Money is like your religion,” said my now ex-wife.

For about 12 years I was deeply unhappy. Everything I did I would do for money. My net worth was my life worth.

Every night I called my business partner and we would go over all our opportunities to make more money. Finally, I was broke for the last time.

But I loved going to the museum every day. I would walk there and look at books of photographs.

One was living a life worth being documented and the other was doing the creative act of documenting the life. I was jealous of both.

I had a life worth nothing. There was no frame around it.

And every thought and action I had ever had up until this point had led to…right where I was. Scared and miserable and tired.

Sometimes people say to me, “you always write this. I got it.” Ok, but there are many ways to slice a pie, and all of them taste good.

Sometimes people say to me when I write something inspirational, “easy for you to say, you have…” It’s ok. I get it.

Everything we see and read and hear is clouded by the meager experiences we have.

There is no reality but the one we choose to paint with the palette of those experiences.

People think, I can only appreciate the things that are more important than money when I actually have money. Else, what good are they?

What good are they? What good is life without the money to pay for a single second of it?

But, and I’m only writing to you, trust me when I say it’s the reverse. You only get the money, appreciate the money, keep the money, grow the money, when you always put the things more important than money first.

This sounds nice and flowery. And someone can think, I wish it were true.

Else, on this tiny spinning piece of mass, the breath of life is wasted on us and will be left unheard.

When we turn back into the midst of nothingness, all that is left are the tattoos we drew on the souls of others – children, friends, lovers, the stranger in the street who smiled at us. The art we created from our imaginations and not from our fears or angers.

I regret being worried for so long. But maybe the regret was my teacher. I don’t know. 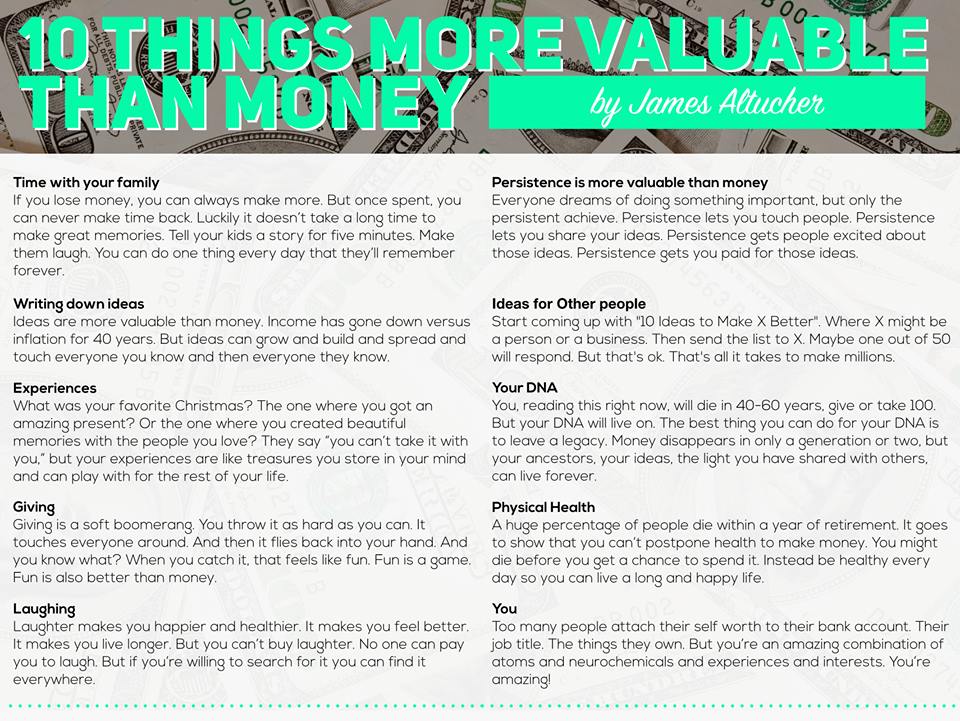