I made the worst decision in venture capital history in late 2000.

I was a partner at a venture firm called 212 Ventures. What? You never heard of it? We had $100 million from Investcorp, $5 million from CS First Boston, $5 milion from First Union (which became Wachovia) and $5 million from UBS.

I had a few partners but I won’t soil their names with this story. Because what follows was completely my fault.

It was either late 2000 or early 2001 when one of the associates (and my future business partner) Dan Kelly approached me with an opportunity.

Dan and a guy named Jason Liebman had  both been junior bankers at CS First Boston together and maybe shared a cubicle.

Dan went off to work for a hotshot venture capital firm (my firm) and Jason went off to an obscure dot-com company in the middle of the Internet Bust. The company was called Oingo.

Dan came into my office where I was playing the classic 80s arcade game “Defender”. I spent a good 2-3 hours a day playing “Defender” and probably reached a high score of about 120,000. “A friend of mine is VP of Biz Dev at this search engine company,” he said. “We can probably get 20% of the company for $1 million. He sounds desperate.”

“Wait? What?” I had a lot of mutants after me on Defender and its pretty hard to defend humanity, manage $115 million, and listen to a pitch about a company called Oingo at the same time.

“They make some kind of software for search engines. They help search engines find pages with synonyms on what you search, I think.”

I stopped playing. “Search engines? Aren’t they all dead? What’s the stock price on Excite these days? You know what it is? Zero!” Excite was in the process of going bankrupt. Lycos (see my story on my experience with Lycos) was quickly disappearing.

Yahoo’s stock was in the gutter. And now this was a random search engine software company that was probably going to go bankrupt. “No thanks.” I was very quick with my decisions back then.

Dan went back and made something up. “The opportunity is too small for us,” he told Liebman.

That’s because we had a lot of money invested in huge opportunities like this one.

Google needed the Oingo software in order to generate 99% of its revenues at IPO time. Google paid 1% of the company in stock to acquire Applied Semantics, a stake that would now be worth $1.5bb. So our one million dollar investment could’ve been worth about $300 million, give or take.

Some other unusual things about Google that I didn’t know (well, I did know the above story but the rest of these things I wasn’t aware of)

Larry Page’s brother, Carl, helped start eGroups, a dot-com company in the 90s that was acquired for almost half a billion dollars in 2000 by Yahoo. So even if this Google thing hadn’t worked out for Larry, he probably could’ve done alright being part of his brother’s entourage.

The original name of Google was Backrub. They called it that because the algorithm ranked pages based on how many “back links” a page had.

Both patents used similar ideas of ranking a page not necessarily by using the text on the page but also by counting how many links referenced the page. Dow Jones wasn’t really sure what to do with the patent (called RankDex) so Robin Li left the company and went to China. While there he licensed the patent from Dow Jones for almost nothing and started (and is still CEO of) a little company called Baidu.  Here’s Robin Li’s patent on RankDex. Its interesting that the same basic idea inspired both Google and Baidu.

The Google algorithm is called PageRank. You would think it was named after its ability to rank pages but Google claims its named after Larry Page. But that’s not the interesting thing.

The interesting thing is that Stanford holds the patent. They were given 1.8mm shares which they sold in 2005 for $336 million. Basically, colleges should encourage the actual developers of their patents to start companies. It pays off.

The PageRank algorithm can not only rank pages for search engines but the exact same algorithm can be used to determine which species are about to go extinct. This paper describes it in detail. But basically, a “back link” is similar to “species that another species can eat to survive”. The more “back links” in this sense that a species has, the more likely it is to NOT go extinct. Interesting.

Larry Page and Sergey Brin originally wanted to be academics. They didn’t want to build a business. They developed their initial search engine and then tried to shop it around.

They were actually willing to sell it for $1 million in 1997. They went all over Silicon Valley to try and sell their search engine. They went to Yahoo, who turned them down. Later, in 2002, Yahoo tried to buy them for $3 billion but at that point Google turned them down. Now Google is worth $150 billion.

The “I’m Feeling Lucky” button probably costs Google about $110 million a year. When you click on that button it just takes you to the top search result. In other words, you skip all the ads that Google makes money on.

So why don’t they just take that button off? Focus groups apparently show that people feel more comfortable with the button on there. Worth noting that @Google’s first tweet on twitter was:

Google’s first employee was a guy I never heard of until today. Craig Silverstein. Apparently he’s still there as Director of Technology. I don’t know what his salary is but he’s worth about $950 million according to various sites.

While researching him I came across a weird anti-semitic site that I’m not going to link to. It referred to him as “the jew Craig Silverstein” (it also referred to Sergey Brin’s wedding as “jewgle” wedding) and it was about how the jews control Google, Facebook, Wikipedia, etc. The funny thing about this particular site is that it had Google Ads all over it.

Beautiful Google Earth photos. This is not necessarily an unusual thing but I find Google Earth to be a work of art. Here’s a site that has a collection of amazing photos taken by Google Earth. 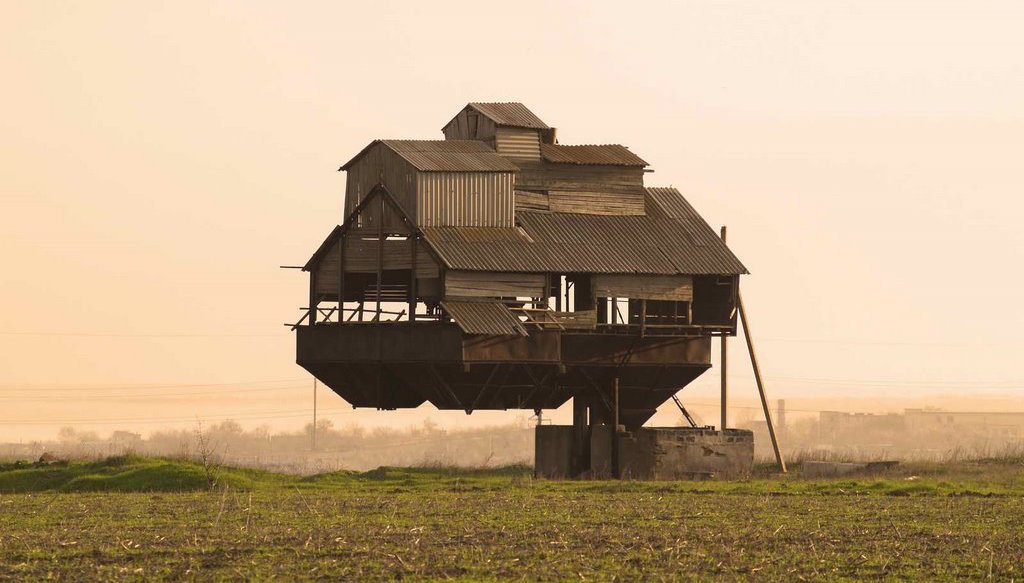 Shortly after I made the decision not to invest in Oingo, Investcorp decided to absorb 212 ventures and buy out our contracts. They offered me a chance to stay there as an employee but, for better or worse, I’m not a very good employee and decided to strike out on my own.

My adventures since are somewhat documented throughout this blog (although far from complete. More on those stories at a later date).

Dan Kelly, fresh off his interactions with Oingo, jumped ship with me and we’ve worked together ever since. Jason Liebman, fresh off his Applied Semantics experience, ran Google Video for awhile and helped with the decision to buy a tiny startup called Youtube. More recently, Liebman left Google and started Howcast.com.

As for the “Defender” game in my office, one of my partners at 212 Ventures had a bad game, smashed the screen with his fist in frustration, and walked out of the office saying to me, “Have a nice life.” I never spoke to him again. Which is a shame, because he was the best negotiator I ever knew.

I’ve made a lot worse decisions in life than not investing in Oingo. I’ve never shed a tear over Oingo. Within two years of the Oingo decision I was close to broke and had to sell my beautiful apartment. That was worse for me.

I’m sure what’s happened to me since then would’ve been a lot less interesting if I had invested in Oingo. I just took a walk by the river. The weather was truly warm for the first time in months. Who knows what would’ve been different? How my life would’ve changed. But maybe I’m just telling myself these things so I can feel good.

I often do that.