20 Careers in a Row Didn't Work Out For Me

Don’t be so disappointed in yourself. It didn’t work out. Lots of things don’t.

Ist grade: I ONLY wanted to be a member of the “Legion of Super Heroes”, a team of 30th century teenage comic book heroes all from different planets. I felt bad for them. Often they felt lonely because they were all from different planets and even looked funny but they stuck together as a team of friends and some of them (Saturn Girl and Lightning Lad) even got married. It wouldn’t be so bad to be part of their team. I was only six so I figured there must be some way I could apply myself and be a part of their team.

2nd Grade – 3rd Grade – No question about it: an astronaut. Like Major Nelson from “I Dream of Jeannie”. Not only could you go into space but you could also have Barbara Eden as an obsessive wife. This was more like “James’s Dream” than “I Dream of Jeannie”. I occasionally also wanted to be an aquanaut, figuring it might be as good as being an astronaut and I had all of Jacques Cousteau’s books.

4th Grade – Senator. I wanted to be just like Sam Ervin, the Senator from North Carolina who prosecuted Nixon. I read everything I could about Watergate. I asked my dad, “what if I wrote Nixon (he was retired in NJ) and asked him if he could tell me, a 4th grader, the truth about what happened. My dad, “Don’t be stupid.” I wondered if being a Senator might be a stepping stone for…bigger things.

5th Grade – A gossip columnist. Or Dear Abby. I was reading enough Judy Blume and “Harriet the Spy”. I thought that gave me enough insight to recognize all the gossip in my grade and also give advice on it. I kept a notebook of “who liked who” and everyone wanted to see it. The teacher banned me from bringing it into school because it was causing too much fuss. But to this day I still stand by that David Pakenham liked Joanne Arico. I could recite all the pages in “Forever” where there were sex scenes.

6th Grade – I had it all planned out: 18 years old I’d be a juror, Then by 25, Congressman. 30, Senator or Governor. 35. Vice-President. 40. President. Easy. I started pretending to be a reporter so I could call up Senators and Congressmen all day long to interview them. Maybe build up allies for eventual campaign. I would have to pretend to be sick so I could say home and get all these people during office hours. My parents even let me visit DC to visit the White House.  The Presidency was going to be A LOCK for me.

7th Grade – Professional breakdancer. “The vanilla popper”. DON’T LAUGH!  Don’t tell me I don’t have the moves til you see me in action. I could pop, lock, moonwalk (or whatever planet you want me to walk on), spin on back, I had the linoleum, the Puma slick jacket, the Puma shoes (the kind with the hard toes so easier to moonwalk), etc. DON’T EVEN LAUGH AT THIS.

8th Grade – Master of the Occult. Doctor Strange. Potential Satanist. Then Buddhist. Then member of various cults that I was going to rise up through and lead. This continued through 9th grade. 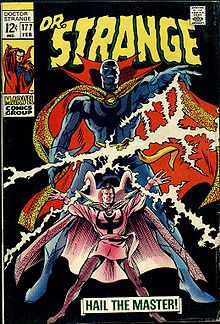 10th grade – Girls, girls, girls. More girls. I liked every girl. I would steal porn magazines from the pharmacy. What about the one with the letter where the girl sneaks up on the guy who fell asleep drunk at the party and he wakes up and she’s having her way with him. Does stuff like that happen, I wondered? Could it happen to me? I couldn’t wait to be an adult. Because it wasn’t happening to me in 10th grade. I called Steve Giacalona: “do you think any girl would like me?” And he was honest, “no” but maybe when your acne clears, you get rid of your glasses, your braces go away, you dress better, and you do something about your hair.” That gave me some hope. He had a girlfriend who even wanted to have sex with him when he had a broken leg.

11th grade: Professional chessplayer. It was already too late for me. I should’ve started when I was six years old. I started playing in December of 11th grade. I was the 4th slot on my team because Alan Bergman couldn’t make it. I had no idea what to do. On the way to the match with Matewan I got a book by Fred Reinfeld which recommended “The Stonewall” opening. I still remember the moves right from the book. David Bender said on the way, “Why are chessplayers always so ugly” because we we were looking at the cover of Chess Life Magazine which had Tony Miles (RIP) on the cover. I won my game.

12th grade: Still professional chessplayer. I knew I could do it. If I won every game I ever played. I became NJ Junior champ. I was ready. But,alas:

College: Girls. Chessplaying ended. I met one girl who I instantly fell in love with. I said  to my friend, Jude, “if she only knew I would be her willing slave. I would do everything for her.” Jude said, “she would get bored of you instantly.” Thanks Jude. Hey Jude.

College, Sophomore Year: Entrepreneur. I started a company, College Card, with two other people including Wende Biggs, daughter of Barton Biggs. We offered a debit card to college students plus we delivered, among other things, pizza from one place and gyros from another. Anyone using our card got free delivery. Plus anyone using our card got discounts. I had 5% of the company. Easily worth $10 million in my mind. I had no clue. We were out of business within six months. Wende left for business school. Our other partner, Rick, left for Mastercard. And another partner, Jeff, became a tennis pro. But I was an entrepreneur.

Graduate school: should’ve been computers. That’s what they were paying me to go to graduate school for (“They” being indirectly the “Department of Defense”). But now I wanted to be a professional Go player. I spent 10 hours a day playing Go. Then I spent ten hours a day writing novels. [See, “I’m Guilty of Torturing Women”] All I did was write fiction. Day and night. I got thrown out of grad school because of this and in every job I had in Pittsburgh I would work as little as possible so I could write ten pages a day (3000 words). I wrote 4 or 5 novels, dozens of short stories. I sent them out to publishers, magazines, agents, and got rejected 100% of the time. So I figured I needed connections and I moved to…

NYC: HBO. I was working in the IT department but secretly wanted a TV show. Documented all that here.

I am such a loser. NOTHING I ever wanted to be worked out for me. I’ve switched careers 12 times since I graduated college.  And since my time at HBO I’ve switched careers another 9 times (website developer, wireless software guy, venture capitalist, daytrader, trader for hedge funds, started a fund of hedge funds, writer for financial media, public speaker, online dating service creator, and I’m sure there are a few that were borderline legal that I’ll leave off of this list.)

Now, I’m none of these things.

Who knows what it will be 10 years from now, or even 10 days from now? It changes a lot. What I want to do for the rest of my life is always going to change. Sometimes I wonder, “am I too much of a dilettante? Why can’t something work out and I just stick with it? Like how it did with Larry Page” Some days I have no idea what I want to do and I spend the day wondering, “what should I do?”  But I don’t sweat it.

And whatever it is I want to do today, I’m just going to go ahead and do it.

In the comments, please post what you wanted to do that didn’t work out. It feels cathartic to do it.

Most Things Don’t Work Out