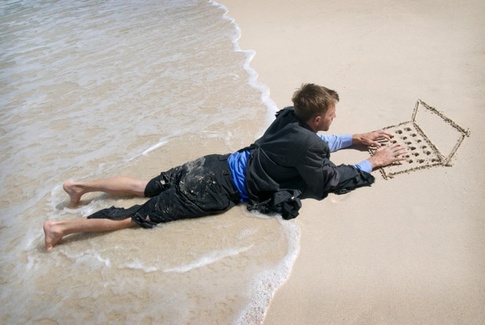 When I was seven years old I plagiarized word for word stories from science fiction magazines so my teachers would think I was smart.

When I was 22 years old I thought girls would like me if I wrote a novel. I spent so much time writing that I was thrown out of graduate school.

My first published book caused me to get fired when my boss thought I stole all his ideas.

My sister wrote me, “you’re a horrible person”.

Tip #1: NOBODY IS AN ADVANCED WRITER. Everyone needs to improve. I’ve written 13 books. Some bestsellers. I write every day. I’ve written for newspapers, books, blogs, TV and t-shirts.

It’s a cliche but the more I write, the further I am from thinking I know how to write or anything at all about writing. So this list is really just for me.

Tip #2: READ OUT LOUD. Read every sentence you write out loud. If it sounds boring, kill it.

Tip #3: TAKE A STORY YOU LOVE AND WRITE IT OUT. It has to be a great story you love. I like the story “Emergency” by Denis Johnson. I write it out over and over as if I’m writing it. I don’t know why this works and maybe it doesn’t (see Tip #1) but I like doing it.

Tip #4: STEAL. If you see a line you like in another book, figure out how you would rewrite it, even slightly, and then steal it. It’s still beautiful.

Tip #5: I TOOK THIS TIP OUT WHEN I REWROTE THIS. It was bullshit.

Tip #6: READ. Read writers who write exactly how you want to write. Because then you will pretty close to them. But then mix it up. Read different writers every day. I read Jude Angelini today and Douglas Adams.

Tip #8: WAITER’S PAD. Any semi-interesting thing that happens to you or you think about, quickly write it down on a waiter’s pad. YOU WILL ALWAYS FORGET IT if you don’t. I always say, “I’ll remember” and then I don’t.

Tip #9: SOMEONE DIES IN THE FIRST LINE. Even in a non-fiction essay about bioplastics, make sure YOU bleed in the first line. Else, people switch screens to Twitter.

Tip #10: THE F RULE. People read screens in an “F” pattern. They read the first line or two. Then they read down the left (hence list posts are so popular). So make sure you keep bleeding so they read more.

People only feed off blood.

Tip #11: HUMOR. Kids laugh 300 times a day. Adults laugh only…5 times a day. Make an adult feel like a kid again. To “acquire” humor I often read something funny or watch standup. Humor isn’t ON all the time.

Tip #12: THE 30% RULE: When you are finished with your masterpiece, don’t stop rewriting until you have cut at least 30%.

Tip #14: USEFUL: If your piece is not useful, or if it just repeats the boring stuff everyone else says, then don’t do it. Even if it’s fiction.

Tip #15: THE BILLIONAIRE RULE. If a girl barely out of her teenage years is not physically dominated by a billionaire who is plagued by emotional issues stemming from his father then chances are most of the world won’t read it.

Tip #17: GET PAID, GET LAID, LOSE WEIGHT. If you write non-fiction, those are the three things people like to read most.

Tip #18: BLOOD TRANSFUSION. Even though you’re bleeding your own blood, make sure it’s the same color as everyone else’s blood.

Tip #19. COFFEE: Drink coffee 20 minutes before you write. Sets your brain on fire. Makes you go to the bathroom. Cleans your body out before you set your heart on fire.

Tip #20: ABS: Always be storytelling. Life is cold. People stay warm through the intimacy of a story.

Tip #21: BE VERY AFRAID: Don’t hit publish unless you’re scared what people will think of you.

Tip #22. BE A CRIMINAL. Break all of the rules. Not the above rules. EVERY rule.

Artists steal, kill, lie, and play. Isabelle Allende says, “once a writer is born into a family, the family is over.” Be a killer.

And then I met the girl and she fell in love with me and we lived happily ever after.