27 Ways To Be Unhappy and One Way To Be Happy

I was happy the first time I kissed a girl. We were 18 (I was an old man by that time, imagining what a kiss would be like through a 1000 books on my parent’s bookshelves (“Candy” by Terry Southern, “Looking for Mr. Goodbar” by Judith Rossner, “Boys & Girls Together” by William Goldman, and on and on, even Robert Graves two volume series on Greek Mythology and Drucker’s books on management giving me a glimpse into the adult world of what seemed to be the only three things that were important in life: kissing, fucking, and making money – being too young to understand that health is up there, and spiritual experience might play a role). I kissed her in a dark room but then couldn’t function further. I was even too inexperienced to say “this has never happened to me before.” 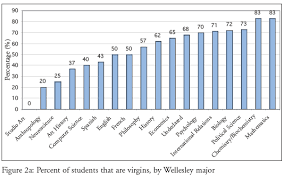 But then I was unhappy when she had sex with someone else a week later. A particular unhappiness I experienced on at least another 8 occasions later in life.

I was happy when I sold Reset, inc and  suddenly I thought I had money. I was talking to my sister on the phone and walking on 17th Street and I told her, “it’s done!” and she was happy for me and a woman passing me on the street shouted, “who cares!” And I was happy when I spent it and when I shat it and peed on it and bathed in it and rubbed bodies all over with it. When I abused the money in every way as if it were a part of my body and the only pleasurable thing in life was to abuse it.

And of course I was very unhappy when I lost the money. In fact, I was depressed and I would stare at the stock screen every day instead of doing my job. 100 numbers flashing red, yellow, green on the screen and arrows pointing up and down and, taken as a whole, the screen was a map into my self worth but my self-worth had long been lost and there was no way to find it back. 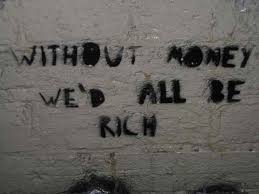 I was happy whenever I had a good trade. I’d think to myself, “this is a great way to make a living”. And I wrote a book about it and that made me happy also. But I was unhappy when people criticized the book and then I was even more unhappy when the more experience I had, the harder it was to make a good trade.

I’m always happy the first time I realize that a girl I like, likes me back. And then I’m always unhappy when she gets tired of me – always complaining about how unhappy I am.

I’m happy when I make new friends. Unhappy when I realize it was just an experiment in the laboratory of human interaction. I put away my costume. Everyone drifts this way and that.  When all I can grasp onto is all the words  I said that may have been wrong, that may have caused people to think I was weird or rude, or even worse- stupid and insignificant.

I’m unhappy how repetitive this post could go on. It could go on forever. I could go back to when I was four and I thought Mary two doors down was in love with me and I promised her we would be married and move into the house that was between hers and mine and unhappy later when her father called mine and asked exactly what I said to his little girl. I could go back further, to enemas and cartoon books. I could go back to yesterday, to my kids laughing when I pressed the fart button on a sound machine I bought at the local drug store and the soap opera drama theme button when I yelled dramatically at one of them, “What did you do!” I was unhappy when they ignored me later to play on their computers.

I’ll be happy when I hit publish on this post. And unhappy when I feel the anxiety creep in wondering if people like it or not.

So how to be happy? It’s easy. Give up. Surrender! Raise the white flag!  Right this second, expect zero from life. Just for one second can I place down the shopping cart of anxieties that  I wheel all around the store that eventually I have to pay for  (or its shoplifting). Forget the people who are looking forward to waking up so they can argue with me one more time– that never ends because opinions are so IMPORTANT right now until there’s that last minute, their dying breath, when they said, I should’ve written one more sentence about that guy James on that message board.

For five minutes, maybe for five seconds, I’ll be happy. And when the inevitable happens and I can’t lie to myself and unhappiness begins to creep around, I have no idea what I’m going to do.

That’s too far in the future for me to even think about right now.