The 3 D's of Investing 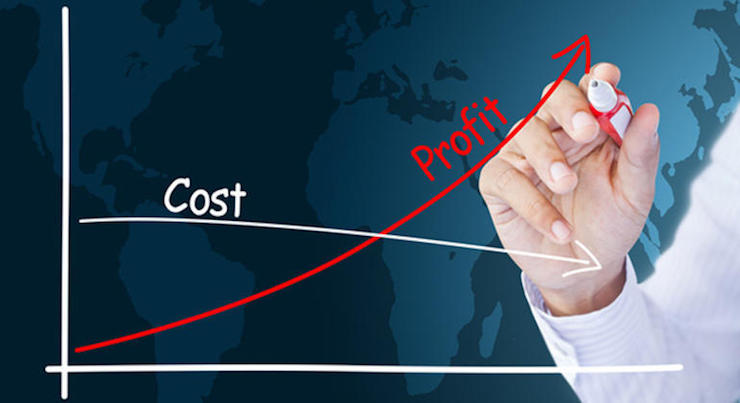 Not too long ago, Britain decided it had had enough and filed for divorce from the European Union.

Like many divorces, it was messy and bitter. And it’ll still be years before they reach a final settlement.

People took sides and everyone got upset.

“What about the children?” they cried.

Which, in this case, meant, “What about the economy?”

Everyone thought a financial disaster was imminent. Experts announced on TV and in articles that the markets would crash and take years to recover. That it would lead to a global economic meltdown.

None of that happened. It meant nothing.

I didn’t even watch the news or read the articles about the Brexit. It was all just noise.

I said the same thing right after the Brexit happened. I said it would have no long-term impact on the U.S. or the global markets, no matter what the fear-mongering media was predicting. In fact, I said it would probably turn into a great buying opportunity for investors smart enough to see it.

People got mad at me. Like, REALLY mad. I was being insensitive and a typical American.

But it turns out I was right. At first, the stock market tanked, and kept falling.

Then three weeks later, the stock market was not only back up, but trading at an ALL-TIME high!

Think of the profits those investors made.

This brings me to one of the best pieces investing strategies I’ve ever found. (By the way I don’t believe in giving advice. I just believe in what works. In my years of investing, I’ve probably tried every strategy there is. And this is one of the only ones I’ve found that works for me. You can take it or leave it.)

Look for the three D’s:

Because supply and demand is crap. It doesn’t mean anything.

Price is determined by situations.

Let’s look at this on a smaller scale:

A business is almost always going to be undervalued when the owners are dealing with death, divorce, or debt. Add disease in there, too, for good measure.

For instance, if the founder of a business dies and the children are off doing other things, often they will be willing to sell it cheap rather than watch it run into the ground. Or when two married people get divorced, they often have to sell their business at any cost in order to divide up the assets and end their marriage. If a company is in debt, then you may be able to invest in that company super cheap.

(Those are literal examples of how the theory works on a smaller scale, but as I explained with Brexit, it’s true on a larger scale, too. The Brexit really was just a large-scale nasty divorce between Britain and the EU.)

All of those lead to a company being undervalued, even if nothing has fundamentally changed within the business.

Which leads to the most important D: discount.

Very rarely do you want to invest in anything that is at the top of its game. When you do, that usually means you are paying the most expensive price. It also means that in that moment, everything is going right for that particular asset.

And when everything is going right, it means there is a lot of room for things to go wrong.

When something is already trading at a premium, there are really only two things it can do from there: it can coast, or it can fall.

Neither is good for investors. When you invest in something, you want to be able to make more money than you spent on it.

Instead of looking at what’s already doing well, look for the opposite. Look at what’s being undervalued in the market, not through any loss in its intrinsic value, but due to situations of uncertainty.

You want to invest when there is blood in the streets.

That’s when there is the most room for growth, and for profit.

I’ve recently recommended a group of 12 investments that I think every investor needs to own today. To learn more click here.