3 Things I Learned From the Ultimate Choose Yourself Story 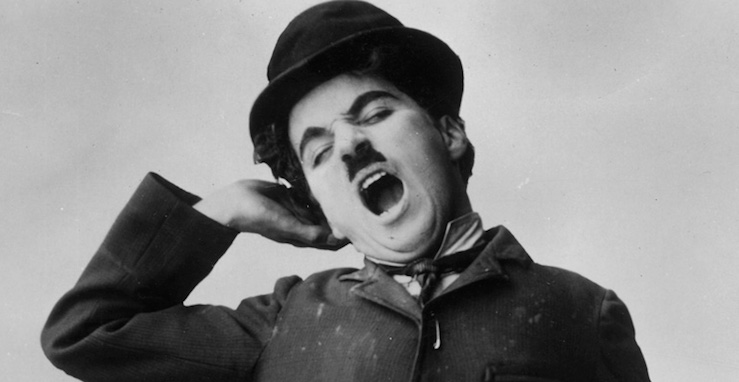 Your dad is an alcoholic. Your mom is mentally ill from syphilis and is institutionalized when you are a child.

You quit school at the age of 13 and, essentially, join the circus to pay the bills. And ever after, you have to make people laugh to get paid.

You move to Hollywood and after some success you ask for a raise from the movie studio you work for. They refuse you because…that’s what bosses do.

Then you go to another movie studio, make some successful movies, ask for a raise…and they hate you.

No family, no education, bosses that will consistently try to screw you.

So Charlie Chaplin chose himself. With Mary Pickford, Douglas Fairbanks, and DW Griffith, they formed United Artists, which became on of the biggest movie studios in Hollywood history and also the first studio formed by actors.

They chose their own movies, they created their own success, they picked their scripts, they paid themselves out of profits, which were substantial. Nobody could stop them. They had freedom. They became the most highly paid actors in the world.

And they enjoyed doing it.

Chaplin kept increasing his competence, both as an actor and as a screenwriter, a director, a composer, a businessman, and all aspects of the movie industry.

Every day he focused on his freedom so he could never again be beholden to the people who tried to keep him down, even his fans who often hated him or doubted him.

Even the US, which often was suspicious of him and even banned him. Even the directors and industry that loved him – he never let that love entrap him.

Everyone wants the keys to your self-esteem so they can lock you in your own jail.

Contentment is every day:

Today I spoke with old friends. I wrote and tried to be creative. I’m improving my relationships with business associates.

I don’t think this out of fear. I do this because it’s how I grow. When I fail to do this, I lose all my money. I lose all my friends. And I lose my self-respect.

I tell my friends, “if you ever see me in the gutter with a needle, please help me.”

Nobody has ever helped me. I have to pull the needle out.

I learn from Charlie Chaplin to take control of every aspect of my creativity and freedom. The jail keepers can never be trusted with my freedom. Only I can.

Charlie Chaplin left us with three great quotes that shows he had the “Choose Yourself” mentality.

Today is Charlie Chaplin’s 125th birthday if he were alive. And so I think about these three quotes that have resonated through time to land right here and how they apply in my life now:

“Nothing is permanent in this world, not even our troubles.”

Eventually if I keep increasing my well-being and competence with the three things I mentioned above, I have always gotten out of the gutter.

“I like walking in the rain, because nobody can see my tears.”

I have to give myself permission to be sad. The last time I cried was…yesterday. And it washes away and a new day begins.

“The most wasted day in life is the day in which we had not laughed.”

This has been a difficult year for me. The only thing that has saved me is laughing as much as possible. I listen to standup comedy all day long.

I’m going to publish this, close the computer, look in the mirror, and laugh at myself.