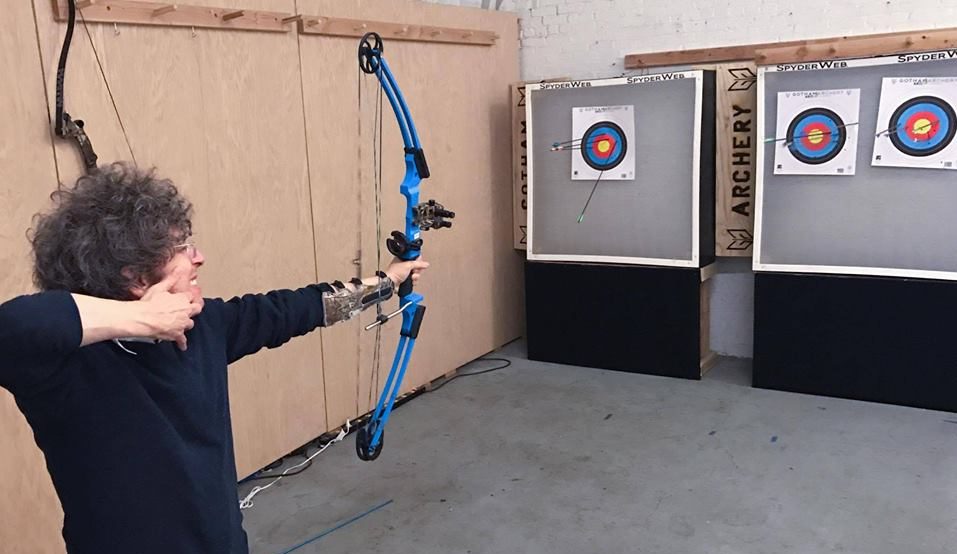 I turn 49 today. I hope I die by the end of the day but my guess is it won’t happen. Although I’m totally fine with it.

Not that I’m depressed. But I feel like I did a good job. It had its ups and downs.

I’m ready for the next job. If there is one.

47 was one of the worst years ever for me.

The only thing that got me through it was friends. And being creative every day. And saying “thank you.”

I had one friend who made me send her a picture of every meal. It had to include food and a friend.

“I want to make sure you are eating and that you are with people.”

I also made sure I said, “Thank you” every day.

Who do I say “thank you” to? I might say it to my kids. To my friends. To random people on the street. Or to you.

It was by doing this every day, that I survived 47.

Every year has difficulties. Difficulties are normal.

It’s how you live your life each day that determines how you create a lifetime.

This morning I did an experiment.

I looked at all of my emails from that day.

Many of the emails I had never responded to. Shame on me! I am so bad at responding to people.

There are people I legitimately love and care about and I just stop responding to their emails and then I am ashamed afterwards. And I’m so ashamed I become afraid to write to them.

So I responded to about ten of the emails as if I had just gotten them.

I also responded to one company that wanted to give me a free flight on their private jets.

They were the first ones to respond. “Out of business!”

But other people started responding. With each email I had sent I wrote about some advice the person gave me, how I followed it, what happened, and how appreciative I was.

One person, a well known guy who I had long lost touch with, wrote back, “James! I’m so glad to hear from you. I’m glad you followed that advice. I have to tell you, though, that it wasn’t from me. It was my mother who first told me that advice.”

So not only did I make him feel good (hopefully) but I brought back memories of his mother, and let him know that her effect was still being felt among people and I was grateful for it.

And I reminded myself to keep following his advice.

Another friend of mine who had stopped talking to me a few years ago because of a stance I had on a certain subject wrote me also.

I reminded him of a time when he slept on my couch and we would talk about what we wanted in our lives. “It was so great to talk to you then,” I wrote.

He wrote back, for the first time in five years of not speaking to me, how he missed those late evenings also and he shared some stories of what has been happening to him since.

I wrote a list of what happened to me at 48:

– I threw out everything.

I still don’t really know why I did it. But now I own nothing. And whenever I think of buying something, I remind myself that I don’t need anything.

[ RELATED: How Minimalism Brought Me Freedom and Joy and I Lived Nowhere and With Nothing For the Past Year – This Is What Happened… ]

I always wanted to do it at least once. So I did it. (You can watch the video here)

It only went on for six minutes but it was the scariest two months of my life leading up to it.

But it was fun. I loved doing it. I don’t know if I will do it again. But I at least showed myself I could do it once.

Around 40 I had a physical trainer for awhile. If I ate Eggos that morning he would pat my stomach and say, “Eggos.”

How did you know?

He would laugh. I can see it!

I started to improve what I ate then but it’s really hard to change what you love to eat.

Rich Roll told me once that we have bacteria in our stomach that craves the food we eat.

In order to stop those cravings, you have to eat other foods for a few weeks to kill off the old bacteria and build new bacteria that craves the good food.

So I finally did it this year. I slowed down about 90% on carbs. And I am mostly a vegetarian with some fish.

I also started going to the gym (well…occasionally).

I don’t know if I am in the best shape I’ve ever been. I like to take naps every afternoon if i can.

But I feel good. And that gives me space to be creative.

I wrote two books, “Reinvent Yourself,” and a children’s book, “My Daddy Owns All of Outer Space.”

I started a bunch of novels but never finished them. Maybe one year.

I’ve also put a lot more effort into my podcast and I stopped the podcast I was doing with my good friend Stephen Dubner. Not because it was going bad. It was going very good.

But I really wanted my main podcast to be GREAT and I wanted to devote my extra “podcast energy” to it. So I did. The result is that I now have triple the downloads I did a year ago.

This coming week I’m interviewing two of my heroes. And Friday I interviewed someone I had been trying to have on the podcast for two years and she came on just two days ago.

But I guess I don’t know what that reason is. So I tried to find out this year.

I began to play again.

When I was a kid, I would play with my friends after school every day. I wanted to do that again.

This year I played almost every day:

Ping pong, bowling, basketball, backgammon, chess, poker, air hockey, ice skating, tennis, and even went to a driving range to shoot golf balls (I am now the worst golfer on the planet).

I watch standup comedy every day. And for the first time in 20 years, I went to live standup comedy. I saw Gary Gulman, Louis CK, Jerry Seinfeld all live.

Can anyone do this? Of course. The most expensive thing I did was probably the golf driving range.

What good has Play done me? Other than that it’s fun. Often it is exercise (air hockey for two hours tires me out!).

It’s also good for business (most of my business meetings now take place at “Spin” in New York where we play ping pong first. If a CEO wants to meet me, I won’t meet in his or her office. Only “Spin”.)

And it infiltrates other areas of my life. I won’t do a podcast with someone unless I can “play” with it a little.

I don’t make any goals on what the next year will bring. Goals are set-ups for disappointment.

I always live by themes instead of goals. Health, friends, creativity, learn, thank you.

I remember my dad being 42 and I thought he was an old ancient man. But maybe he didn’t play enough.

I try to make every day an adventure and I hope to do that next year. Adventures keep me young.

Yesterday I met someone who wants me to run for Governor.

Two days before that I met with someone who wants to help me make a TV show.

And three days ago I met with people who taught me how to be a professional spy.

Four days ago I met with a friend who challenged me to a probably insane experiment but I’m going to try it anyway.

What will I do today?

I think I’m going to go and find this 11 year old kid who supposedly sits on a subway platform in Brooklyn and gives advice to people every Sunday.

What should I ask him?

I’m going to ask him what he thinks I should do this next year. The year before I am a half a century old.

Thanks to Matt Mullenweg, creator of the awesome tool and website WordPress, for suggesting to me the idea of writing a “birthday post”.