5 Reasons I Don’t Go to Doctors 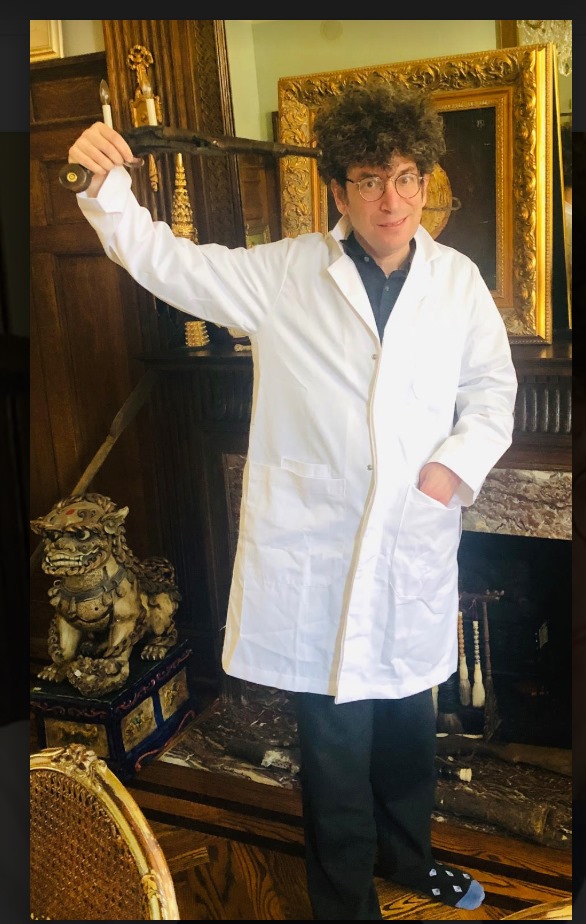 I haven’t had a checkup since I was 16 years old. Not because I’m so healthy. But because doctors kill people.

On paper, being a doctor seems pretty great. The money is good, it makes everyone around you feel inferior, and you get a diploma that literally gives you permission to play God.


5. DOCTORS HATE YOU, AND THEY HATE THEIR LIVES


On average, one doctor a day kills himself. Despite what you hear about lawyers, doctors actually have the highest suicide rate, according to the Journal of the American Medical Association.

It’s even worse among female doctors. You think they like looking at you with your clothes off? You’re disgusting.

Dr. Charles Reynolds, a professor of psychiatry at the University of Pittsburgh School of Medicine and, statistically speaking, a likely suicide waiting to happen, says, “Undiagnosed and untreated depression is the culprit here.”

So now we need doctors just to diagnose doctors.

And why all the suicide? Why can’t they just drink their problems away, like normal people?

In a study done on the American College of Surgeons, 15% of male surgeons and 26% of female surgeons suffered from alcohol abuse and dependence.

That might not seem super high, but it is higher than the national average.

What’s more alarming is that a significant portion reported having errors during surgery in the prior three months because of their dependence.

The stress of being a doctor and being responsible for saving lives drove these doctors to drink, which, in turn, contributed to mistakes made in surgery.

Which likely drove them to even MORE drinking, and now we’re on an infinity loop of drunk doctors cutting noses off, or taking out a colon by mistake, before going off to drink away their stress.

[Side note: Could the reason for the surgical mask be that doctors don’t want you to smell alcohol on their breath? Food for thought.]

If you want to be safe, it turns out you should be operated on by someone who is male, has children, and specializes in operating on veterans.

For some reason, these are the people least likely to be drunk while operating on you.

People make mistakes, and we’re not going to vilify doctors because they’re human; most of my best friends are human. That said, 98,000 PEOPLE DIE EVERY YEAR from mistakes doctors make.

A mistake is defined as a death that could have been preventable.

Either a mistake in surgery or a mistake in a prescription or some other weird mistake. One study showed that if you randomly pull 100 medical charts, 40 would contain evidence of doctor errors.

Would we trust a pilot who makes an error 40% of the time?

The death can come in surprising forms, too. You know how you look at the chicken scratches on the prescription pad, and you think, “How can anyone read that?”

But for some reason you trust that your pharmacist has this supernatural power to read doctor’s handwriting? Well… he doesn’t.

According to a study done by the National Academies of Science Institutes of Medicine, more than 7,000 deaths occur each year because the pharmacist couldn’t decipher the prescription and gave you an overdose of some weird chemotherapy pill instead of Viagra.


2. YOUR DOCTOR IS PROBABLY OBESE


There’s nothing wrong with being obese. But it will kill you. And doctors know that.

Obesity causes everything from diabetes to heart attacks to strokes and is linked to early onset Alzheimer’s.

And yet, doctors have a death wish — 53% of doctors, despite knowing all of this, are obese (according to the Obesity Research Journal).

And you put yourself in their care.

Why should it matter if doctors are obese?

In a sample of patients who are overweight, ONLY 7% of the overweight doctors would diagnose their patients as overweight.

As opposed to more than 90% of the doctors who were not overweight.

Frankly, even someone with a medical degree could give the simple medical advice of “stop smoking and eat less” and have a healthier patient in almost every case.

But the reality is, overweight doctors don’t give that advice.


In medical circles (trust me, I’m a fake doctor) it’s known as the “July Effect.”

In the U.K. they refer to it as the “August Killing Season.”

Results show that patients get worse care in these months, particularly at teaching hospitals.

Why? For the dumbest and most obvious reason: Doctors go on vacation in July. That means interns become residents and residents pretend to be the real doctors.

So you’re a doctor — a big, fat, sad, suicidal doctor — and all you want to do is take some time off, but, hey, you can’t. Because when you take time off, more people die.

Deaths from surgery and malpractice skyrocket in July, so as long as you can avoid getting sick or injured in the summertime, you should be fine.

Or better yet, make sure you ONLY get sick in areas where doctors might be vacationing. Hawaii is a great place to get the plague in July.

One time I was walking around outside wearing a lab coat.

A guy came up to me, clutching his shoulder. He told me his shoulder was hurting. He asked me what he should do.

I give him my professional opinion.

“Stretch it every morning when you wake up. Take at least two ibuprofen a day. It should feel better in a week or so.”

“Thank you!” he said and he and his wife started walking away.

“Hey,” I said and he turned around, “after about two weeks, if it still hurts, go see a doctor.”

I don’t want to be sued for malpractice.