7 Things I Learned from My 8 Greatest Teachers

Yesterday was my 25th high school reunion. I wanted to go. I had a car key and I could’ve driven there. I was close to feeling like I was going to do it. But I was feeling somewhat shy. I didn’t like high school much.

When you are rejected so much you build a tough skin. My 8 greatest teachers in life were perhaps the many girls in high school who said “no” to me when I was so desperate to go out with them. Who knows what would’ve happened to me if everything was easy then. Maybe I would not have been able to handle when things became really hard later. 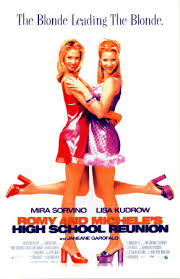 –          I liked a girl in my drawing class. Nadine Davis. But when I asked her out she quickly said, “No” and walked away. It was like one of those scenes in a movie, where she quickly “disappeared into the crowd” and everyone around me was sort of whispering and smirking. If she had asked, I probably would’ve paid her to go out with me.

–          I liked a girl who had thick curly orange hair. I forget her name now. Michelle? I played one of those games. I told her I knew someone who liked her. So for a week we kept up that intrigue and she was always smiling at me and wanting to know “Who?” And then when I told her it was me she turned the other way and wouldn’t look back at me. Finally one of the football players walked over to her and said, “do you need help?” She said, “I’m ok”. I walked away then. 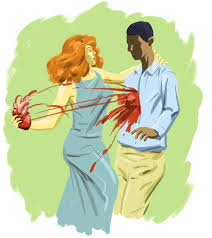 –          There was another girl I liked who was sort of ditzy but she was smarter than she let on. I told a friend of mine that was friends with her that I liked her. The message was conveyed to the girl I liked and I got a message back.” Maybe in 100 years I would consider it.” Somehow I was encouraged by that. It wasn’t a solid “No!” It’s been almost 30 years now. 70 years to go but I’m happily married now and I can’t even remember her name.

–          There was a girl I liked who was a year older than me. We had a fun time talking and had a good mutual friend. The mutual friend told me “you have a chance here”. But then the girl I liked started going out with someone else and I think they’re even married now. Or dead. Who knows?

–          There was a girl I had a massive lust-crush on who lived around the corner from me and she was even in my Hebrew school carpool when we were younger. Her mom was always screaming at her as she rushed out the door in the morning, usually 5 minutes late so the bus would sit there and wait while she and her mom finished their yelling.  My friend Robert also liked her and they used to ride bikes together. But maybe she was a “beard” because it turned out later that Robert was gay. Maybe he’s dead now. I can’t find him on facebook or anywhere and we were best friends for 12 years.

–          I finally got a girl to go out with me. I was in 12th grade and she was in 11th  grade. I had not only been accepted to college but I had just won New Jersey’s Junior chess championship. So even though no chessplayer should ever have the right to feel confident with girls, this time I felt confident and she said yes. The day we were supposed to go out it was snowing so my dad wouldn’t let me drive the car. I was supposed to pick her up at school. There were no cell phones then so all I can do is picture that she stood out there in the deepening snow waiting for me while I sat home begging and crying with my dad despite the fact that I was the 18 year old New Jersey Junior Chess Champ. Relegated to crying like a little baby so I could drive a car. A month later, without any snow on the ground, I got in my first car accident.

–          I liked the girl with the paper route next to mine in 10th grade. I, of course, asked her out and she said  “yes”. And I was like “really?” and I was very happy. But the next day her brother came over to me to tell me she was just saying that so as not to disappoint me. I walked straight out of the school and over to Steve Giacalona’s house where he was recovering with a broken leg. He had been run over by a friend of ours who had gone crazy and we never saw again. He was having regular sex at that point, even with his broken leg. I asked him if he thought any girl would ever like me. He told me the truth and said probably not but I should smile a lot.

–          There was the girl in English class. Debbie. I did the usual trick: became friends with her friend and had the message transmitted. They lost their friendship as a result. That’s how bad it was to say “I like James”. My first kiss had to wait until I was in college.

I learned how to handle “No”.

I learned how to Ask.

I learned that I had to be stand out in some way.

I learned to be polite to other people who found themselves rejected in various ways.

I learned to be persistent. That love (or anything) is a quantity game before whittling down to quality.

I also learned that time heals everything. Almost all of the above are facebook friends now. So, at the end of the day, every emotion gets watered down with age. And even a “No” forms an attachment through time.

Now I don’t have many friends that I see on a daily or even yearly basis. It’s so easy to lose track. But it’s also so easy to keep track. Now that we have social media.

Which is why I like Facebook. I’ve made friends through Facebook and can see what’s going on with old friends. Now with just a few clicks I can sit here in the dark, at three in the morning, and see that Joanne Arico, from elementary school, has made a new friend. Good for her. It’s nice to have new friends.