8 Excuses Why My Excuses Are Awesome 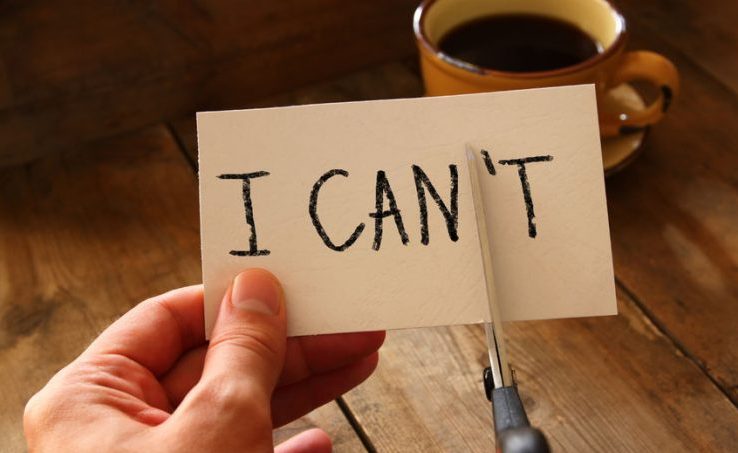 My comfort zone is rock solid. Because I used my excuses to build it.

And because I’m super-smart my excuses are like diamond. Trust me.

But there are a lot of things I wish I could do. They are outside my comfort zone. Which means I have to somehow smash my excuses in order to do them.

A) WRITE A NOVEL

But I’ve written fiction before and I’d like to do it again. Like, right now But I don’t.

My excuse: my usual articles use up all my writing brain power for the day. So how can I write fiction? How can I write anything else?

[Related: How to Self-Publish a Bestseller: Publishing 3.0]

B) DO STAND UP COMEDY

I don’t like to stay up late at night. And I’m too old. Wherever I go, everyone seems younger than me.

A few weeks ago a friend of mine asked me to go to an open mic with her and we’d both do standup. I said, “sure.”

Then she got “vertigo,” whatever that is, and couldn’t go. So I had to go by myself. “I can’t go without you,” I told her. I was thinking of her!

I can go any night of the week to an open mic. But I want to be healthy and in bed by 9pm. Sounds healthy, right?

So if someone is building a NYC based VR game and needs “Times Square” they can find it in my marketplace. Send $1000 and you can put it in your game. BAM!

I know if I sit here and come up with ten ideas a day for a VR business then I’ll come up with a good one eventually.

How about an ad exchange for virtual realities?

Ugh, thinking about it makes me sick. What do I do once employees start having sex with each other? You have to deal with that.

But I want to do it. But it’s just too much. Too many excuses.

D) MAKE A TV SHOW. OR EVEN JUST WRITE FOR ONE.

After an article came out about me in the New York Times, a lot of people from big companies approached me about doing a TV show.

And I had some fun ideas. Even funny ideas. I still have ideas.

I don’t know if I have that inner strength. To put in a lot of up front work and then get rejected.

One time I pitched someone a bunch of ideas for a TV show. And she said, why don’t you come into the writer’s room and hang out with us and if we use an idea you can start getting actual writing credits.

I could have done it.

But the day I would have gone in, I stayed home. I don’t know why.

I was at the door, with my shoes and coat on in an October cold rainy day, I couldn’t leave my house. “I have to do other business stuff.” And so I stayed inside.

Made very important phone calls to people who are now dead.

E) BE A VENTURE CAPITALIST

I know exactly what to do…

I actually have a great track record. In fact, I used to run a $125 million venture capital fund. But again: conferences. Travel. Meet investors. Pitch. Listen to pitches. Repeat.

In my last venture capital fund I got so sick of listening to pitches I bought a Defender arcade game and would make people wait in the conference room while I just played Defender.

Sometimes I even skipped the meeting completely. While they were sitting in the next room! And I had a crush on the secretary.

And then you have to compete with other venture capital funds. You have to say BS things like: “I’ll actually add value to your company. You want a partner who can bring something to the table. All those other guys just say they do it but I actually do it. I actually care.”

I don’t want to say that paragraph anymore.

I just want to do what I’m good at.

The other day I saw something that surprised me. A friend of mine had a Halloween party and he posted tons of photos from it.

I hadn’t been invited. What the…

The truth is: if he had invited me I would not have gone. I don’t want to go to a Halloween party. But why didn’t he invite me?

I wondered…maybe I think he’s my friend but he doesn’t. It’s not like I have EVER called him and said, “let’s hang out.”

For the past ten years I’ve let him do the calling and once every 2 or 3 years I’d meet him for breakfast.

Maybe I need to be more proactive about calling friends, asking them to lunch, spending time with them.

I said to Kamal the other day, man it’s been like three weeks since I last saw you. And he said, James! It’s been three months!

Sometimes it’s like I fall into a black hole and when I finally come out it’s as if all of my friends disappeared in the nuclear holocaust.

Well, is your brother still in town? Let’s all get together.

James! Naval was here for a month! He left two weeks ago.

Usually I pick up the phone and I think, well…I want to write first before I call anyone. I have to be disciplined. And then at night it’s too late. And I like to go to bed early. And then the next day it starts over.

And then I think people don’t like me and so I don’t call them.

I used to be really good. And then I went from really good to pretty good. Now I’d like to get back in shape again with chess.

But isn’t it a waste of time? Isn’t it just a game? Shouldn’t I be starting a virtual reality science fiction venture capital fund and writing a movie about it?

One thing I know: whenever I get obsessed with chess it’s when I’m unhappy with some other part of my life. Chess = Change for me.

Like in high school, guess who wasn’t talking to girls? I was really unhappy about that. Hence, I was the high school champ of my state.

[See also: How To Master Any Game]

I want to not do anything. People always say “get out of your comfort zone.” Nothing wrong with the comfort zone. It’s comfortable there. It hurts to go outside of it.

Hell, I love the Couch Zone. Just lying on the couch and reading. I read a 900 page novel the other day. Now there’s a part 2 and a part 3. I want to read those also. You can only read those if you stay in the Couch Zone, which is a small part of the Comfort Zone.

I want to watch a lot of TV also. I feel like I’m behind.

But if I quit, people will forget me. I’m afraid of that. Part of me has that gene that wants to be remembered and have impact.

I almost want to die and really disappear so I don’t have to worry about virtual disappearing any more.

It’s stupid to feel this way and I know it. But that’s part of why I don’t quit. Because then where will I be and what will I do.

Anyway, enough about me. I hope your day went well.

Goodbye Josie. Call me back when you have a minute. Love you.