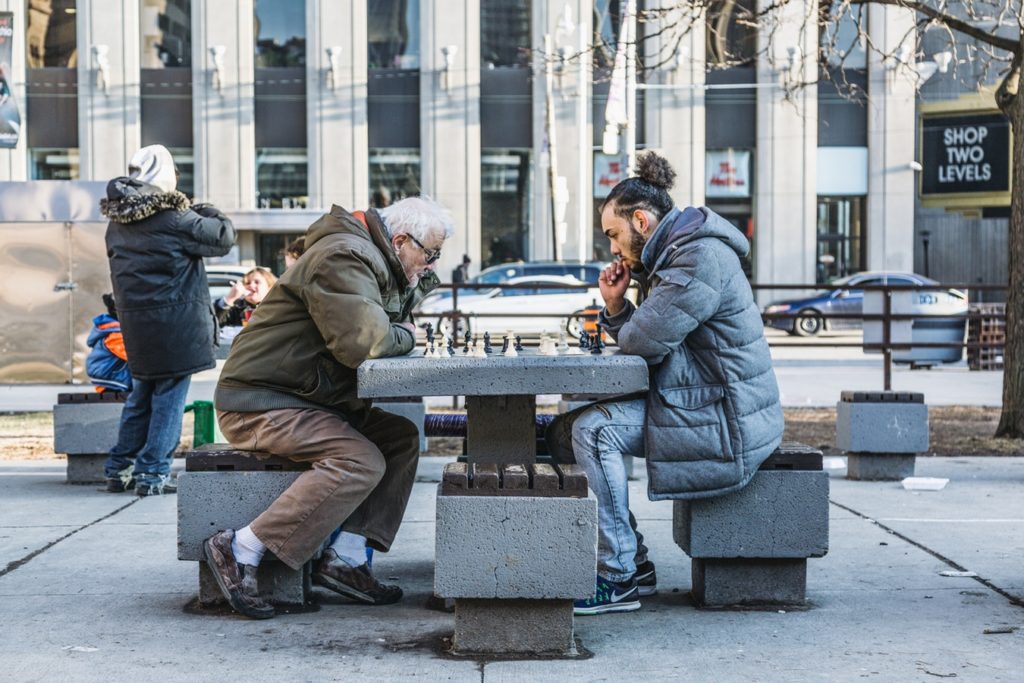 When I was 17 I was daydreaming while driving a car. I had just had a chess lesson and beaten my instructor in a surprising way.

He was surprised and quickly reset the pieces so he could have revenge before the lesson was over. But it didn’t matter. I had beaten him! Crushed him. DESTRUCTION!

Then I hit a guy with my car. I went straight through a red light at about 60 miles an hour and hit a station wagon.

Both cars went flying around in circles. All the windows were smashed. I somehow bounced out of the car and then bounced back in. All four fences on the corner were destroyed.

The cars stopped circling. He seemed to be unconscious. I ran to the closest house and called 911 and then called my parents. I was crying and shaking.

But I wasn’t hurt. Not a scratch.

The police asked me, “What were you doing? Were you drinking?”

The man I hit was an old man. I don’t know how old. He broke his leg. An ambulance took him away.

My dad’s car was smashed.

I was ashamed. I was disgusted with myself. I never wanted to drive again. Even now, decades later, when I approach an intersection I often see a vivid hallucination of that station wagon, approaching the intersection at the exact same moment…

People say, “I don’t have regrets because then my life wouldn’t be where it is now.”

My life has mostly sucked.

The middle of the night. Waking up scared. Morning. Waking up anxious. At night, going to sleep afraid that I was going to wake up.

You know what running a hedge fund is like?It’s a non-stop effort at raising money from people whose asses you have to kiss. People you hate.

You know what running an ad agency is like? It’s a non-stop effort at making clients out of people whose asses you have to kiss. People you hate.

I was afraid for health. I was afraid many years ago when a girlfriend got pregnant and I didn’t know if I was ready.

I was afraid when I was dating someone and I couldn’t get a hold of her all night.

I hate waking up in the middle of the night and taking my waiter’s pad out and adding up the numbers in my bank account.

I lie down in bed and I can’t breathe and my girlfriend at the time said, “just breathe” and I couldn’t and why couldn’t I? Why was this happening to me?

Here are the things I wish I had spent more time avoiding:

You can’t be creative, be social, be proactive, if you are sick in bed.

But sickness is out of my control!

90% of the time when I’m sick it’s usually because I’m burnt out. Or too stressed. Or I didn’t sleep enough. Or i didn’t eat right. Or I drank too much.

I got a cold/flu recently. I had a fever and was shaking and coughing non-stop and then I had to go to London and it got worse from all the traveling.

You need to rest and recharge. 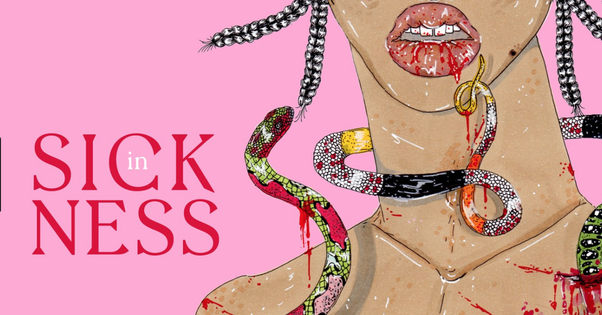 I was helping a friend learn lines for a play. I said, “OK, I’ll come over at 6pm and we’ll memorize the lines over and over.”

I go over there. She says, “First let’s stop by my friend’s show . I promised I’d support her since she supported me by going to my show.”

So we went there. Then, “Let’s go to dinner first.”

Then, “It’s my friends birthday. She just texted me. Let’s just stop by and say ‘hello’”.

And on and on. By the time we were done with the socializing it was 10pm.

“I’m tired. Can we go over the lines tomorrow?”

If you have to do something that you know will make your life better, stop with the excuses.

The show will be GREAT because I know nobody has ever attempted anything like this before.

If nobody has done something before, then I it’s easy to have doubts. Like: who am I to be the first?

Just who the fuck am I? Huh? Tough guy?

I’m bullied by my own brain. Doubts are OK.

Here’s how I use doubts: I change it from a fear about myself into a “thought experiment”.

Now I answer it in my head. I say the answer out loud. I practice it. I watch Barack Obama giving one of his super confident speeches and I picture the words coming out of his mouth are the words that solve the doubt.

Assuming I’m prepared (see “Inertia”) then the doubts become a compass to the questions I still need to answer to be better prepared.

Doubts work FOR me. Not the other way around.

I have an idea. I have a meeting about the idea. Everyone loves it.

Now I have to write it up. Send it to everyone so we can all move forward.

But I want to watch “Love” on Netflix instead. (“Love” by Judd Apatow. Great sitcom.)

Do the work first to make your life better. Laziness needs to be earned a little.

I specifically say that to myself, “did I earn this laziness.”

20 years ago I was pitching a project to FedEx. We stayed up all night working on the pitch.

The guy who was supposed to send the pitch sent it first thing in the morning. Job well done!

Only…. he sent it first class… through the US Post Office.

I had to fire him. Too many people worked too hard. FedEx never even returned our calls after they got the pitch through the Post Office.

I’m sorry to the guy I had to fire. Maybe I could’ve dealt with that better. But everyone was upset and they felt they had given up on family time to work on this and it was down the drain.

And time can’t be replaced.

Once you make a decision, don’t challenge it. Stick with it.

A big skill for stand-up comedy is called “Commitment”.

Commit to your life decisions. Don’t vacillate after you’re married. After you have a kid.

If yes, then you made (will make) a good decision.

If no, then either don’t make that decision. Or figure out how to get closer to the three items above despite the situation.

But vacillation wastes time. And all of these nine items I am describing all get back to time.

IT’S ALL ABOUT TIME!

You cannot mortgage a SINGLE moment of time for a better future.

I had a great podcast with Steven Dubner. “The Question of the Day” podcast.

We had millions of downloads a month. We had a fun time. We’d get together and it was like a party doing this podcast.

But we weren’t improving. We were answering the same questions over and over. And traffic wasn’t going up. It wasn’t going down. But we didn’t have that glorious feeling that growth gives you.

And we had other projects that this was taking time away from.

We were hurting the projects we loved.

So we stopped. We got back to our other projects.

See you next week to play Backgammon, Steven!

I see this every day.

Someone writes a book. Starts a business. Pitches an idea.

They have what I call “Smoking Crack Bias”.

Everyone thinks they won’t smoke their own crack.

But ultimately the dealer becomes the addict. Whenever I start a project I constantly ask myself, “Am I smoking my crack or does this suck?”

If you avoid these eight things, plus the ninth thing (don’t hit anyone with a car) then your life will be good.

One person said to me, “Well, this is not realistic.”

Good luck. I wish you well.