I had these huge purple cysts covering my face when I was a teenager. Once a month my dad would take me to a doctor into the city. He’d drop me off outside the building of the “celebrity dermatologist” on 72nd Street and I’d sit there for hours in the waiting room.  Each person there hiding their own violent scars god had engraved into them.

All the patients in the waiting room would be looking down, ashamed to look at each other.

The doctor would spend about ninety minutes draining every pus-filled cyst on my face. The drilling and draining of these cysts would involve so many fluids spurting out that I would then have to take antibiotics to make sure nothing got infected. My face would be bright red or purple for at least 48 hours afterwards.

My self-pity during these moments was often enough for me to get to get one or two days off from school. I’d then go to a video arcade on 54th and 7th. The other kids in the arcade all seemed tough and would be looking at me but I was so down I wouldn’t care. What could they do? Rob me? My face was just drilled in half. I looked like I had already been beaten up at least once earlier that day. It would take hours for the pus to stop flowing out of the holes in the cysts. Go ahead, hit me. 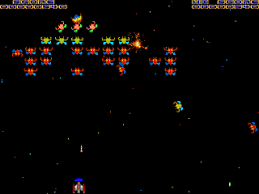 Sometimes I wanted to get more money for the arcades. So I would go from garbage can to garbage can up and down Broadway to see if I could find coke cans that I could turn in for five cents. Then I would go to either the Strand bookstore on 9th and find used science fiction novels or I’d go to Forbidden Planet and read comic books until they kicked me out. I liked Dr. Strange because I knew for sure if I could just go into another dimension, then there would be a Princess Clea waiting for me to save her from the Dreaded Dormammu.

I called up my friend Yung Shin one time and asked him if he thought I would be able to get a girlfriend. He told me my best bet would be to smile all the time and that people always looked better when they smiled. “For you,” he said, “you should always smile.”

Yung didn’t have a girlfriend but he had a black belt in karate so we all knew it was just a matter of time for him. Plus his goal in life was to be the inspiration for the reunification of South and North Korea. People like that get girlfriends. Lots of them.

I didn’t have any goals like that. Another time I heard Chrystie F whispering to her friend “How does it get so disgusting” and then when I looked over I saw them looking at me but then they looked away. They were talking about the cyst just to the left of my nose. An area where I can still feel a slight bump nearly 28 years later.

I always hope I don’t pass on those genes to my kids. But we’ll know in a few years. And, in any case, there are worse things that can happen. In a few minutes I have to stop typing, shower, go into the city, and go to some business meetings. I wish I could stay here. Sometimes the scars we carry into those meetings are a thousand times bigger than the pimples of a little kid.

In any case, Phil Pearlman thinks maybe people missed my great Jay Leno appearance since I “buried it” in this post. So, perhaps worse than being mocked for acne in my high school chemistry class is being mocked by Jay Leno in front of thirty million people because I look to old to be Harry Potter:

(Here it is if it didn’t automatically show up)

(Here it is if it didn’t automatically show up)