The Amazing Power of Roots 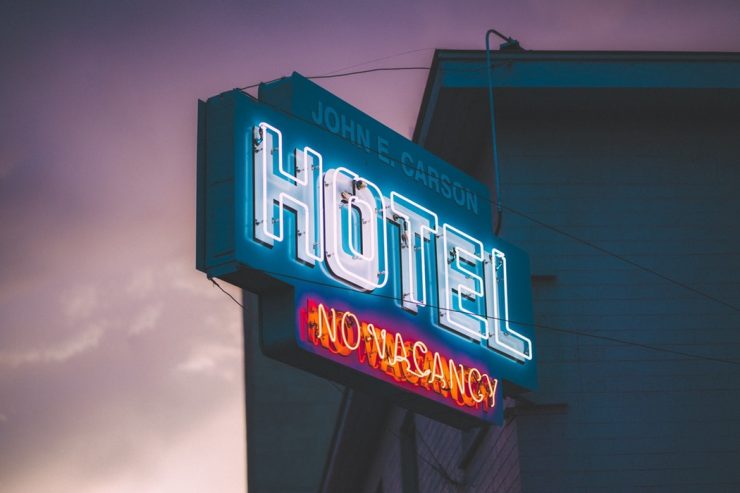 After divorce, I moved back into the Chelsea Hotel. This was ten years ago.

I hadn’t seen him since I moved out in 1998, about three months after I had been married. Which already tells you where I was heading: right back here.

“You again,” he said. His first words to me in ten years. And then he checked me into a room.

The Chelsea Hotel had bad art all over the walls. Sometimes struggling artists would pay the rent in art. You never know!

Sometimes other people paid in… other ways. But I paid with cash each time.

The first time I moved in was in 1995. I had done my first website for money. It still exists: diamondcutters.com.

Shlomo, the owner of the diamond company, paid me with a paper bag filled to the rim with cash. He’s dead now. Died in a plane crash looking for diamonds in Russia.

Shlomo had a secretary with a wine-colored scar, blotting out the landscape of her cheek.

I loved her. I wanted to lick the scar right off of her cheek.

I took the bag of cash and went to The Chelsea Hotel and waited in the lobby for hours for Stanley Bard, the owner to show up.

“What are you? A drug dealer?” he asked me. But he took the money and got me a room.

Back in the hotel again a decade later. I was scared of my life. I figured I would kill myself in six months if things didn’t get better.

I was getting to know a woman. Stephanie. We had been to dinner a few times. She was a psychiatrist. I was always afraid she would discover my secret and think (know!) I was crazy.

She came over and we watched a movie. Superbad. She thought the room was disgusting. “How can you live here?” she said.

The hotel had used condoms on the staircases (I had to hide the eyes of my kids once when walking down the stairs).

There was every type of addict living in every other room. Plus a few tourists. I was somewhere in the middle. Never feeling comfortable with anyone.

When the Chelsea Hotel opened in 1884 it was either the largest hotel in the world or one of the largest buildings. I forget which record it broke. It broke a lot of records.

My apartment was missing the door to the bathroom. And all the furniture was really old and probably dirty. I didn’t care. I loved it.

In the mornings I would wake up, feeling both miserable and lonely and lucky at the same time.

I was home, even if I felt too much depression to move in the morning. Why does the sun come through the window? Who asked it?

Stephanie left after the movie. The next day she called me. She had been to her psychiatrist.

She said, “My psychiatrist thinks we shouldn’t date,” she said. “She says because you live in a hotel room that you have no real roots. You have to get rooted.”

“I didn’t know psychiatrists see psychiatrists,” I said. I imagined an infinite ladder of psychiatrists that would filter guidance down to the people who simply know they are ashamed and have nobody to talk to.

This is real, I said. This is where I’m from.

“What if I live in the building across from yours?”

“What if I live downtown,” I said, “Near where I have some friends.”

“Too far,” she said. “I don’t feel like going 45 minutes back and forth every time I see you.”

One time we were on a date and we had a conversation and it made me unhappy and it ended with me crying and her leaving. Or, at least, I didn’t call her back or contact her ever again.

A few weeks later she sent me an email. “What happened? I cancelled all my dating site memberships because of you.”

I just checked her Facebook page. I guess some time in the past ten years she blocked me.

From 2015 to 2017 I lived in Airbnbs. I had no address. I could move in one second’s notice since I never unpacked and lived with just 2-3 outfits and a computer out of one carry on bag.

I guess I had no roots. Nothing seemed to work for me. I just moved from place to place.

During this time I discovered I had friends. After all these books and articles and podcasts, some people wanted to be my friend.

Everyone said, “I would love to live that sort of life.” People said I was a minimalist but I think I was just lazy. And a voyeur.

I liked looking at everyone’s life. The people who gave me their houses.

This one liked toy planes. This other one had three pianos. This one was an artist who painted nude little boys.

Another one was under indictment for something. Once the police were banging on the door. He was texting me at the same time: “Don’t let them in!”

Another one was in charge of the central bank of a major country. I think Australia or New Zealand. From her place I could see directly into David Bowie’s apartment. My favorite of favorites.

Then he died and I left a something at his something.

I was in one floor. Two floor. Three floors. I had pools, views, and sometimes nothing. I lived all over the country in Airbnbs. Every owner wanted to please me because I was THE Airbnb guy.

Everyone had a story. I could only figure out bits and pieces of the story.

About two months ago I moved into a new place. Not an Airbnb. MY place. For the first time in my life I moved into a place by myself and bought furniture.

I felt I had to move. I felt I needed to move to stop moving.

I loved the building.

My neighbor is the daughter of one of my favorite authors of all time. He’s dead now but he lived in that apartment. I re-read his book twice.

The real estate agent was disgusted with me, “I can show you better apartments.”

Another guy said, “You won’t get your money’s worth there.”

I wanted to rent this building. My real estate agent said, “the board will never approve you. You never had a credit card. You have no credit score.”

I gave 13 months in advance.

“I have never seen them approve someone so fast,” the real estate agent said.

I moved in. I didn’t even look anywhere else. I KNEW this was the building.

A friend picked out all the furniture. “Keep it very minimalist,” and only blacks and whites and some blues.

I still had only a few outfits so most of the closets are still empty.

But I bought books again.

The books I always loved. It’s like they leapt out of my computer and onto a bookshelf. I love to feel the pages. I want to bathe in a bathtub of books.

I felt good. One morning I woke up and I felt this huge wave of stabilization sweep over me. Like this was home.

Like I was a tree with roots deep into the ground. I felt strong.

I realized the ways I had been always pandering to others. Trying to get people to like me. And I’m the guy who WROTE “Choose Yourself”.

Now I could just go home if I got scared outside. I had a home. Even if I was “just” renting.

I re-read my own book. I learn every time I read it. I wrote the book because I needed it. Not because I was an expert. But because I’m always the student.

A minimalist of worries and anxiety. Even of desires. Because desires and moments of happiness are just as addictive as despair.

I was a minimalist of what it would take me to feel well-being. .