How to Watch the Amy Barrett Judicial Hearings Without Vomiting 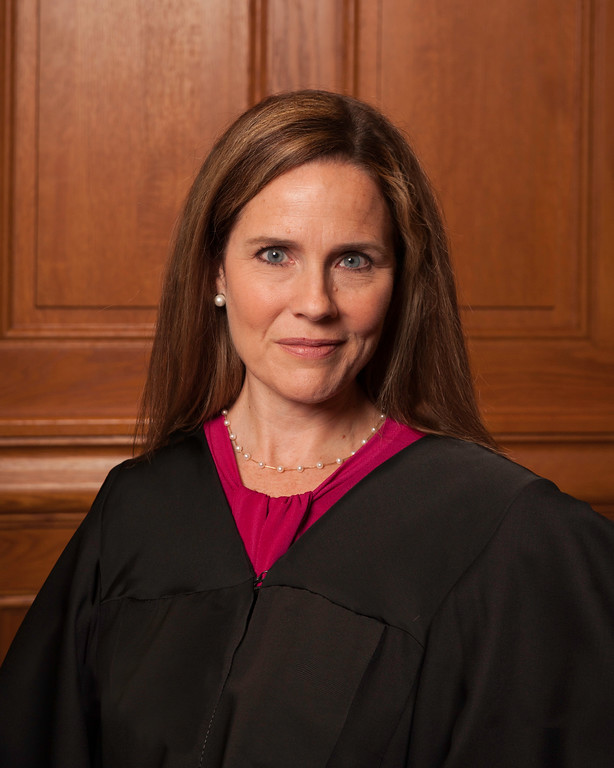 I’ve watched the proceedings on Amy Barrett. Normally I would never watch this for obvious reasons. They are super boring.

But, as is common in American politics lately, these proceedings are hilarious.

I’ve never seen an improv group as good as these senators.

They basically KILL for eight straight hours. Democrats and Republicans. What talent! What wit!

Senator Hirono asking Barrett if she’s ever settled a sexual harassment case against her. Or the dozens of pictures about the Affordable Healthcare Act.

[NOTE: Without a judge to break ties, the ACA provision in question is ALREADY dead in the circuit court. That’s WHY it made its way to the Supreme Court. No senator has mentioned this and it is not relevant to her confirmation.]

I’ve also seen a full spectrum of opinions on what “originalism” is.

This is my opinion (hence it’s the correct opinion!) on how a senator should “advise and consent” on Barrett.

I should state first: I absolutely do not agree with many of her personal stances. I am not in her faith. I am 100% pro-choice. Etc.

WHAT IS ORIGINALISM?  THE GOOD AND THE BAD

The problem with “originalism” is that it allows a lot of leeway for interpretation.

But originalism is not the same as literalism, where it’s ONLY what is written in the Constitution that a judge should pay attention to.

Originalism allows for interpretations to change as society evolves.

Originalism can take something like the First Amendment and ask, “How does this apply now that there are cellphones and internet, etc?”

This has been a misconception about originalism — that it’s literal. Originalism acknowledges that it is “reasonable” to look at how society has evolved.

[Note: This is similar but slightly different from a living constitution, which basically says that parts of the Constitution can become worthless (or change drastically) as society evolves.

A) AMENDMENTS: All amendments are included in originalism because of the rigorous process required to make something an amendment.

B) CONSTITUTION: Barrett believes that the Constitution is general enough to be applicable in a changing world and specific enough to create laws in this world.

Hence her reverence for (her words) “the longest lasting written constitution in the world.”

It’s important to note: Meaning does not change, but “what is reasonable” changes.

C) PRECEDENTS: An originalist also relies on “super precedents” — i.e., court decisions that are then referred to by MANY future precedents.

This, of course, can be subject to interpretation, so it’s important to understand her criteria for super precedents.

[Note: She has referred to Brown v. Board of Education as a super precedent, whereas her comments on Roe v. Wade are a bit more gray.]

D) SEVERABILITY: If one part of a law is not constitutional but the rest is, she’s fine severing that one part of the law that isn’t.

Not sure if this is a good thing or bad thing since it could devolve into a judge acting like a legislator. This should be questioned.

E) LEGISLATE: She has said she will never legislate with a decision. The Constitution, for an originalist, will never allow justices to interpret a law so much that it changes the law.

Not defending Amy Barrett, by the way. But it’s useful to define her philosophy as opposed to using biased information to make such an important decision for the country.

I’m seeing a lot of people distort her philosophy to guide their opinion of her. Then it becomes partisan, which it shouldn’t be.

HOW TO JUDGE A JUDGE

The difference between picking a judge and picking a political leader is that, to some extent, you do want your ethics and beliefs to somewhat match the potential leader’s beliefs.

With a judge, you shouldn’t care about their personal beliefs (outside judicial beliefs) unless they are unethical.

If you have to care, then that might imply they are not consistent in their judicial beliefs.

For me, it’s also important how composed she is (or is not). She seems much more composed than other recent picks (i.e., her response to the sexual harassment question).

QUESTIONS IF I WERE PART OF THIS PROCESS

I see newspaper articles saying she is “dodging questions.”

She has explained that she is using Ginsburg’s guidelines on the difference between being a judge and being a legal pundit on TV.

A judge sworn to decide impartially can offer no forecasts, no hints, for that would show not only disregard for the specifics of the particular case, it would display disdain for the entire judicial process.

Senators need to respect this.

A judge needs litigants, context, and a knowledge of precedents before giving an opinion.

Giving opinions is the opposite of that.

I did have a concern when she was asked if “XYZ is against the law.” I wondered to myself, why can’t she answer those questions?

But then I looked more at those questions being asked and was fine with her responses.

Do I think she should be approved? I have no clue.

But if you like her or don’t like her, my only advice is to stay above partisanship and try to focus on the actual issues and concerns, as I’ve done here.

But I’ve been fascinated by people who live by their philosophies and people (on both sides) making up standards on the fly to meet their own beliefs.

No matter what I do in life, I try to live by as simple a code as possible to help me make decisions, live a better life, and contribute to society, by being as consistent as possible.

This tells me that my personal manifesto is probably a decent and honest one and so I can focus more energy on self-betterment.

A rising tide lifts all boats. So having a strong personal manifesto is a good thing for all of society.