Why Arguing With My Wife Led Me to Buy Cloud Stocks 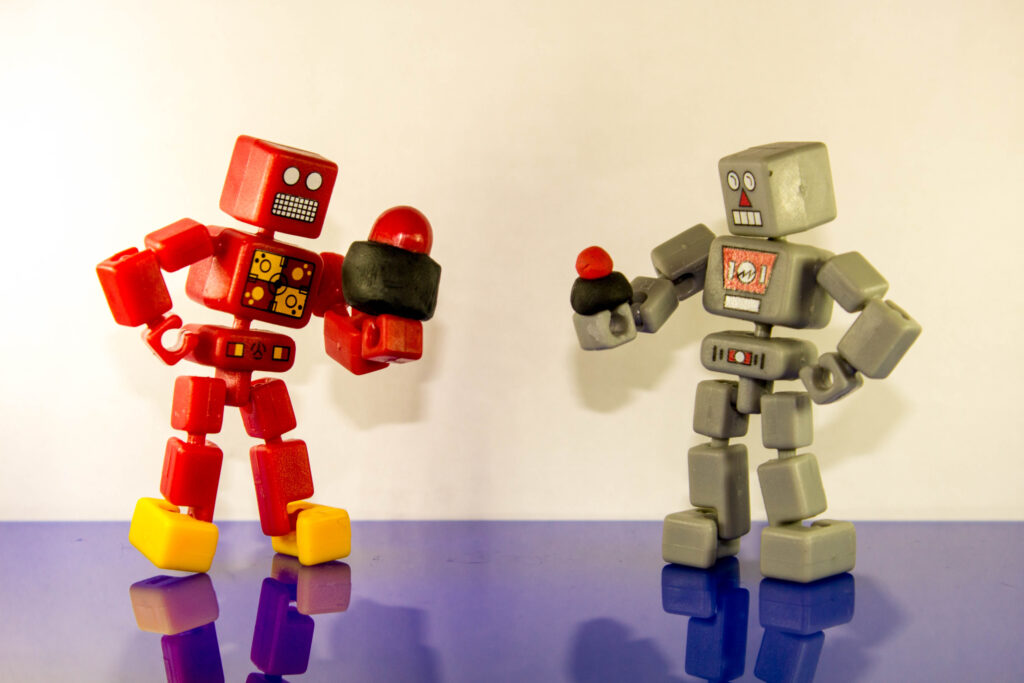 [Editor’s Note: This is the first part in a special series we are doing on innovations in cloud computing. It will all culminate on day 4… when James plans to reveal his latest research on investing in this trend — including his favorite stocks in the sector!]

Here’s my idea: I want a device that will listen to all of my conversations every day and track my every movement.

Then it feeds all the data into GPT-3, which is an amazing tech recognition software that uses AI to build an “avatar” of me. An AI version of me.

Then I will feed this new “James” all of my books, articles, and podcasts. Now AvatarJames will be a better version of me. And every day it will improve as I feed in more conversations, etc.

Then I want it to track how I move, how I make micro-expressions depending on my mood, etc. This way it can be a visual avatar of me as well.

In every way it will be a better James.

Then I want to just sit at home and let it do everything for me. People will call me later and say, “You were so friendly and charismatic. Everyone loved you!” And I would smile and say, “What did you expect?” and they wouldn’t know that they were just dealing with AvatarJames and not the real me.

By the way, this is already possible. One of the people I am working with on my “I Will Make you a Millionaire” mentorship program fed my recent book, Skip the Line into GPT-3.

He then gave GPT-3 prompts to this mini-avatar version of me.

Here’s what it came up with:

[The line in bold is what it was fed. The paragraph after is the MiniJames response… generated completely by AI. These paragraphs were NOT in Skip the Line. And yet… they feel a little like my style].

“Nobody wants to be alone…”

The next technique you can use to skip the line in life is to learn to live in the moment. I was in a bad car crash. The doctor said, “Son, you have to get out of the car. The ambulance is coming.” I said, “What? Why? I can still walk.” He said, “That’s good. Now get out of the car.” I was in a coma for six months. I was scared to death. I couldn’t even walk for two months. I was afraid everyone would think I was crazy. I remember one time I was at a party with three other guys. One of the other guys was throwing a house party. The DJ was playing loud music. The music was so loud it was killing me. It was like the DJ was controlling the house. I remember one guy sitting next to me and he started to cry. I said to him, “Don’t cry. You made me cry.” And I felt his pain. And I shared it with him. That’s how I felt. You can be the first to laugh, or the last to laugh. You can be the smartest person in the room, or you’ll be the dumb person in the room. You can be the best at something and be terrible at sharing it, or you can share and be the best.

The best idea I’ve had in my life is working on a project with one of the biggest pharmaceutical companies. They were working on a drug that could treat a deadly virus. The company was the biggest, but there were many competitors. I had a lot of experience developing vaccines. But they said, “We don’t do vaccines. We don’t have a competitor yet.” I said, “Why not?” “Because we have this other drug that works much better. And it’s only been a year since we first tried it. It’s very, very, very, very little.” I had a huge idea that could revolutionize the way we treat people with mental illness. But the drug they were developing was only supposed to work for about a year. I said to them, “I’m willing to do this for free.” They said, “Okay.” And I did. The next day I sent them a prototype. They bought it. Then they came up with a great idea. They realized that in some countries, like the United States, the diagnosis of mental illness can be quite complicated. They’d like to develop this drug that could help people who are diagnosed with depression but aren’t taking their medication. They asked if I could test it. I said sure. They sent me the prototype. I took a sample. It worked. They ran a clinical trial. It was very successful. The company raised billions of dollars.

Imagine if I now was able to feed it every conversation I ever had.

Imagine if you can do this also. Imagine if we all did it.

If I was going to have an argument with my wife, I could just send AvatarJames to argue with AvatarRobyn, and then — sitting on our couches while eating popcorn and watching YouTube videos of cats — we can get the final result of the argument from our Avatars. Argument over.

Anyway, good idea? Bad idea? Doesn’t matter. If you don’t use your creativity muscle, you lose it.

But… what IF everyone did this?

To make AvatarJames, I guesstimate that I am sending about 24 gigabytes of data per day into the cloud. If everyone did this….

How can we all make money from this?

The minute it takes you to read this article, 31 million messages will be read on Facebook. 2.7 million videos will be watched. 300 gigabytes of data will be uploaded to YouTube.

This doesn’t count all of the data being sent through the “Internet of Things.” Electric vehicles sending messages back and forth to the cloud. Pacemakers sending data from hearts to hospitals. Every cash register sending data of shopping patterns to American Express.

This doesn’t count when every device is hooked up to the Internet and sending data back and forth.

This doesn’t count when YouTube is not just being used by 1 in 20 people around the world… but 1 in 2.

This doesn’t count thousands of things.

Above I said 300 gigabytes of video are uploaded to YouTube EVERY MINUTE.

That represents our data needs right now. And it’s tripling or quadrupling every year.

You know why I don’t care about inflation? Because I know that data storage is growing much much faster than any possible inflation.

So if I buy stocks of the companies that store that data, then I will avoid any “wealth deterioration” that results from any inflation.

My initial interest was in outsourcing arguments with my wife to AvatarJames.

The idea babies are the stocks I should buy. I look at everything from Amazon (its cloud service: Amazon Web Services, is the only profitable part of the company), to CrowdStrike (which provides cybersecurity for data), to DataDog, to ZStrike and others.

When you see an industry growing exponentially — like Cloud Storage, like AI, like Big Data, etc. — there is ONE surefire technique to investing in the category.

Tomorrow I’ll dig in a bit more about that technique, along with my latest ideas.

But for the rest of today, I’m figuring out how to record all my conversations, get transcripts of them, feed them into GPT-3, and then outsource my arguments with Robyn to AvatarJames.

Ummm, do you think she will go for it?