The Autobiography of My Meditation 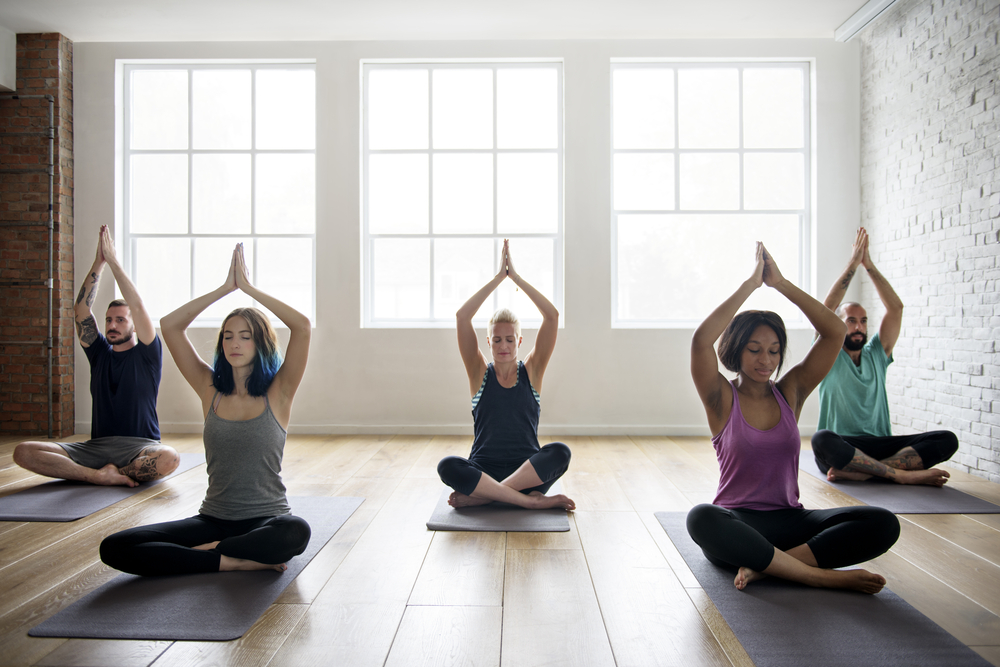 I wanted to see women naked.

But I was too ugly.

I had acne all over my face. My hair was tangled like dreadlocks. My glasses were huge and bent.

I had braces and metal all over my mouth, held together by a cat’s cradle of rubber bands.

I’d wake up some days and try to comb and untangle my hair and fail and start crying. I’d try to wash my face but it would get more red and pus would run down my face.

One time my mother walked in and yelled at me, “You’re disgusting!”

I asked a friend of mine, “Do you think a girl will ever like me?” He didn’t say anything. Then he said, “Maybe in college?”

We were in seventh grade.

In gym class we were taught how to square dance. One girl said to another who had to dance with me, “It’s OK, just hold your hands in the air. You don’t have to touch him.”

No girl held my hand then. I just twirled around by myself.

So I came to a decision. I was going to see as many naked women as possible.

And nobody will ever know.

Each book had a chapter in it about how to “astral project.”

I’d “project” my soul out of my body. Then I could fly anywhere. I’d be invisible.

Just like Dr. Strange from my favorite comic book.

I tried every technique. I tried more. And more.

Here’s one technique. For 30 minutes close your eyes and picture a purple dot.

Within four weeks I would be flying around, invisible, and visiting the rooms of every girl I liked in class. They wouldn’t see me and I’d watch them undress.

Here’s another technique. Breathe very deeply, hold it in. Breathe out. Do that 15 times. Then say, “Ommmm.” Then do the deep breathing again. Do this for a half hour each day.

Strange things will happen, the book said. You will astral project. Also, you will control traffic lights.

One guy in the book said, “Cops would always stop me and ask me how I did it.” I believed it.

I did this for months. It didn’t work. No naked women. I couldn’t even change a traffic light.

My favorite books then were “Wifey” by Judy Blume, “Candy” by Terry Southern, and “Boys and Girls Together” by William Goldman. But I wanted to astral project!

For 18 months I tried every book. “Secrets of Extra Sensory Perception,” “Modern Witchcraft,” “NEW Wisdom from the Mystic Masters,” etc.

Then I read books about Zen. And Tibetan Buddhism and Yoga meditation. All with completely different techniques.

Then I joined a cult.

I would skip school, wait in my backyard until I heard both my parents leave, then run across a farm field and take the bus into Port Authority in NYC.

I was in my argyle sweater, my too-big glasses, my pus-filled cysts were purple mountains stretching from my eyes to the corners of my mouth.

My head was turning into an adult head but my body stayed the same size. My head was HUGE.

People at school started calling me “Moose.” If I rode my bike on the street I’d hear people yell from their window, “MOOSE!”

Older kids would run out of their houses and chase after me. “MOOSE!” I’d peddle as fast as possible so I wouldn’t get beat up.

In NYC, I’d show up at this cult that focused on meditation (and “soul travel”) called Eckankar.

The Living Eck Master said if you breathed deep and said “HU” for 30 minutes a day you would soul-travel to other dimensions.

I tried it every day. And when they started charging money in order to practice thinking, I quit and never went back. I had no money.

My parents found burnt bowls of incense in my room. They started screaming at me. “Are you on drugs?” They swore they would take me in for drug testing.

And all my friends got sick me of talking about meditation. “Try it,” I said. “We’ll meet in the astral world.”

And I stopped getting invited to Dungeons & Dragons because all I talked about was meditation and astral projection.

But I kept doing it. I focused on Zen meditation. I did it every day.

Or Islam-style surrender. The beauty of bowing down five times a day. Forget the worries of the day for a moment to surrender to the mystery.

An internal scientist with a sample size of one.

Thoughts of fear, anxiety, lust, anger, hope, dreams. Who is thinking them? And then who or what is thinking that? Over and over.

I got into college and finally saw a real naked woman. I moved in with the very first naked woman I saw. For three years.

So I stopped meditating.

Years later I lost all of my money.

So I started meditating again.

I cried to an astrologer who was also my acupuncturist and therapist and sold me crystals and tarot cards.

I said, “I built up all this ‘good power’ from those years meditating as a kid. And now I’ve wasted it. I’ll never build it up again.”

I thought all my powers were gone. Powers I had built up from meditating since I was 12.

I started seeing another therapist who had written books on meditation. I asked him, “What level do you think I’m at?”

“There aren’t any levels,” he said. But I knew I was BETTER than other people at meditating.

But when I meditated in groups my mind would often drift until I realized I had an erection.

After 30 years of on-and-off meditating, someone asked me to teach a class at Kripalu, a meditation retreat.

Was I qualified? I don’t care.

I wanted to title my course, “Spirituality and Money,” but they wouldn’t let me. “We aren’t materialistic here.”

“Money is not materialistic,” I said. “You can meditate and make money also.”

If you sit still in the lotus position for more than 15 minutes, you cut off blood from your legs and they go numb.

That’s the point. To sit there and deal with the discomfort without obsessing on it.

This is practice for the many moments we DO obsess in our lives.

One time I got up in a meditation group and fell over. I couldn’t feel my legs.

Everyone kept silent and simply stepped over me.

Meditation doesn’t make you more relaxed. You could sit there but your mind can’t stop. Can’t stop can’t stop.

All of the science on this is bullshit. Scientists that bent the data to appease the Dalai Lama.

Meditation doesn’t get you what you visualize. Doesn’t make you a more compassionate person.

Meditation doesn’t need secret mantras that are tuned to your specific vibrations. If you want to believe that, that’s fine. Many do.

Meditation doesn’t make you happier. Tibet as a country is proof of that.

Meditation apps might relax you. But you can also try to stop worrying so much.

Two stories about meditation [I am simplifying the stories]:

A) A Zen master wants to retire. He is looking for his replacement. He asks his top students, “What is the nature of the soul?”

His very top student replies, “The soul is like a mirror. Clean it thoroughly, let no dust cling to it.”

Overhearing this, the cook of the monastery, wiping his hands after cleaning the dishes, came out of the kitchen and said, “Smash the mirror.”

B) U.G. Krishnamurti had been meditating for many years but was disappointed he hadn’t received any “benefits” or enlightenment.

He went to Ramana Maharshi, who is the subject of many books, including Somerset Maugham’s novel (and later a Bill Murray movie), “The Razor’s Edge,” written in 1944.

U.G. sat there and Ramana didn’t pay attention to him. He kept reading comic books.

U.G. meditated for several hours. When he opened his eyes, Ramana was still reading comics.

U.G. thought, “This guy is useless. Everyone says he meditates but he just reads comic books.”

U.G. asked Ramana, “What is enlightenment?”

Ramana lifted up his comic book. “This is.” And went back to it.

U.G.’s ego was bruised. “This is BS. I’m leaving.” And he left. Many years later he admitted he wished he had stayed longer.

Meditation never let me see naked women. Not once. For years I tried.

Never calmed me when I was so anxious I was adding up numbers all day and night to figure out when I would go broke (medication helped but not meditation).

But how often do we get to do nothing?