What Do You Do On The Worst Day Of Your Life and The Best Day? 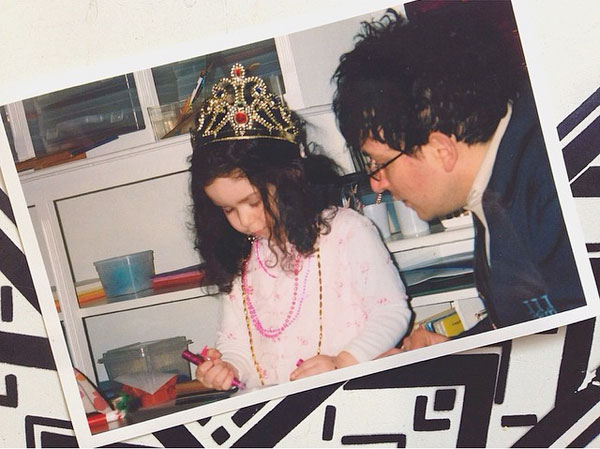 I’m scared I didn’t spend enough time with my daughters when they were growing up. And now they are little women. Am I too late?

My 16 year old, Josie, came into town. I was giving a lecture to 300 college students. She wanted to watch.

We walked around campus talking about everything and nothing. Just that was like smoking crack for me.

Then we sat in the class while it filled up with kids. We blended in and nobody knew I was the guest speaker for the day.

Someone behind us said, “Who is this guy? James Altucher? Who the F is that?”

Josie was smiling when she heard that.

Then I got a text. It was some horrible news.

Josie looked over and saw it. She put her hand on my shoulder and said, “I’m really sorry, Daddy”.

She had never done that.

I felt like I was going to cry not from the text but by seeing a new version of her that I had never seen before.

Ten seconds after getting the text, the professor started introducing me to the room by describing my background.

In my head I was exploding. Like, why did I get this text ten seconds before giving a 1.5 hour talk before a bunch of kids who might hate me?

For a moment, I felt dead inside. What can I do?

I followed my own advice. I’ve written before about what I call “The Daily Practice” but I made it the “One Second Practice”.

I checked the boxes:

PHYSICALLY: Josie and I had walked for hours and ate a healthy breakfast and I had slept well the night before.

EMOTIONALLY: I was scheduled to spend the entire day bonding with my daughter. My daughters are the most important people in my life.

MENTALLY: I re-remembered my 10 ideas for the talk. Josie had asked me earlier, “Are you ready for your talk?” and I had said, “No”.

But I had, at least, knew that what ever tangent I went off on, I had my ten points I could staple the talk back to.

This is my new speaking style and it works and I love it.

And then I went up to give a 1.5 hour talk about anything I wanted.

Josie said to me right afterwards, “Everyone was laughing the whole time.”

After the talk, a girl, Lilith, came up to me and asked me if she could arm wrestle me.

Nobody had ever asked me that before so I figured, “Ok.”

We got a little table and a crowd of students gathered around. Josie was there. Someone videotaped it.

Lilith and I went back and forth for about three minutes (it felt like two hours) and then she crushed me. My arm hurt for about an hour afterwards.

One of the students watching said to me, “Your idea machine really works. I’ve been doing it and..” He named three amazing things that had changed in his life in “just the past three months”.

“You did that all on your own,” I said but I admit it was false modesty and I was happy he was thanking me in front of my daughter.

Afterwards Josie showed me four pages of notes she took during my talk.

“I didn’t know all these things about you,” she said.

Then I took her to NYU’s drama department and showed her around and met with an admissions officer. I saw that she was nervous.

But learning to deal with nervous is a good thing.

I don’t want her to go to college but if I just say that to her that won’t be helpful.

I want her to see every option and then hopefully teach her how to think about it.

Teaching how to think is better than lecturing what to do.

Then we went to eat. I asked her what the highlight of the day was for her.

She said, “After you went up to speak the guys behind us said, “Oh S**t, that was HIM!” But then they laughed for your whole talk.”

She said, “I loved learning more about you. Things I had no idea about.”

Many things happened that day but the best was seeing this baby I knew 16 years ago blossom into a young lady.

And the second best was applying my own practice to make my life better when I desperately needed it. It worked!

I had arranged for a car to pick her up and take her home. We hugged. “I’m sorry again, Daddy,” she said, and, “I love you.”

I love you too, honey.

And that’s why I’m the luckiest guy alive.