What Is the Best Writing Advice You Have Received? 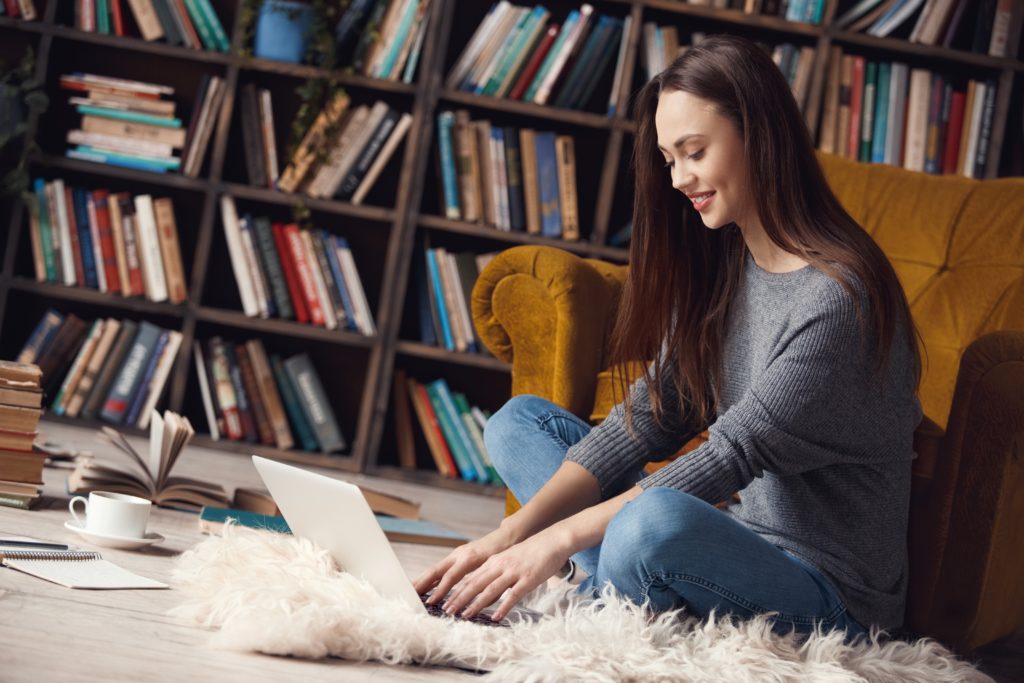 I was thrown out of graduate school because I thought women would only like me if I published a novel.

29 years later I don’t miss a day of writing. Which is a shame because that’s a lot of time I could have spent with my kids, my ex-wives, my parents, my friends.

I was delusional and I was mostly a loser. I got 1000s of rejection letters and still do. But I’ve also published 21 books (starting after 13 years of writing), some bestsellers.

I suck more than ever.

And during that time, many people gave me advice. 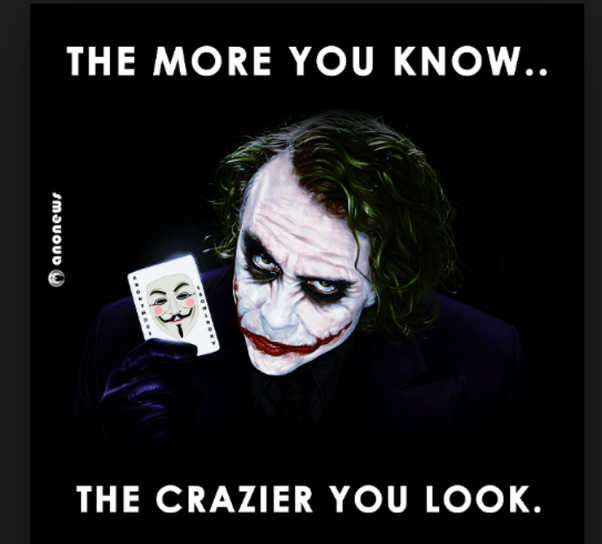 A) DON’T HIT PUBLISH UNLESS YOU ARE AFRAID

If you are not afraid of what you are about to produce in the world, then chances are it’s been said or written before.

When you take chances, even if they don’t work out, you are starting to build your real voice.

In 1993, I visited a friend of mine in jail. In 1995 I started a company and hated it. In 1999, I started another one and lost everyone’s money, including one of my investors, a young man named Yasser Arafat.

In 2005, Bernie Madoff rejected a business idea of mine.

In 2003, I was obsessively trying to figure out how to kill myself without hurting myself after I got a letter from the IRS saying I hadn’t paid taxes in 17 years and now they wanted to meet me.

Yesterday, I bought a suitcase filled with Iraqi dinars from 2000 with Saddam Hussein’s face on them, that was smuggled out of Iraq in 2007. 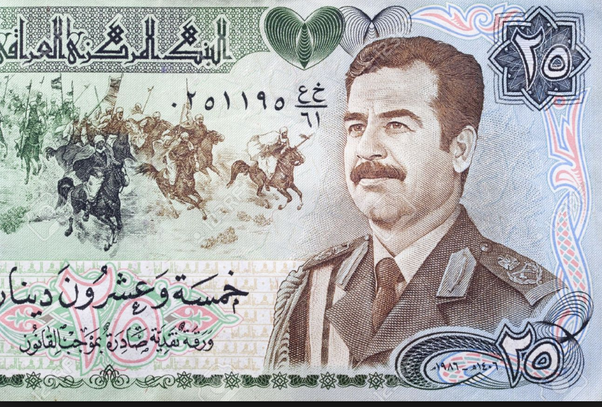 In 1989, I blacked out drunk on the sidewalk in the middle of the night and woke up to someone peeing on me.

In 2008, I blacked out in an intersection in New York City with oncoming traffic in the middle of the night while it was raining.

In 2015, I was heckled while doing standup comedy and making too many obscene jokes about my mother, sex, my kids, and Auschwitz.

In 2004, my dad had a stroke after I had hung up on him six months earlier and refused all his calls until then. He died without me ever speaking to him again.

You have to live life to write about life.

Victor Frankl was taken by the Nazis to Auschwitz. His wife, his parents, his siblings were taken to different concentration camps and every day he wondered what was happening to them.

He used to stare at the fence enclosing the camp, imagining he saw his wife on the other side. This kept him going each day. The hope that he would see his wife again.

He would see other prisoners so despondent, they were either going to kill themselves or get killed.

He would whisper in their ears, giving them reasons to find some meaning in their lives so they would have hope for another day.

Eventually he got out of the concentration camps. He never saw his wife again. Or his parents. They had all been killed by the Nazis.

But he wrote about the importance of finding meaning in life.

In Man’s Search for Meaning, he told his story of being in the concentration camps and how his personal search for meaning kept him alive. Kept other prisoners alive.

The book is riveting. Or, I should say, the first half is because that is where he tells his story. The second half, his theory of “logotherapy,” is so boring I stopped reading.

He told his story and that’s how he made his point.

Every time you want to rant, or pontificate, think of a story to tell first. The more personal, the better. 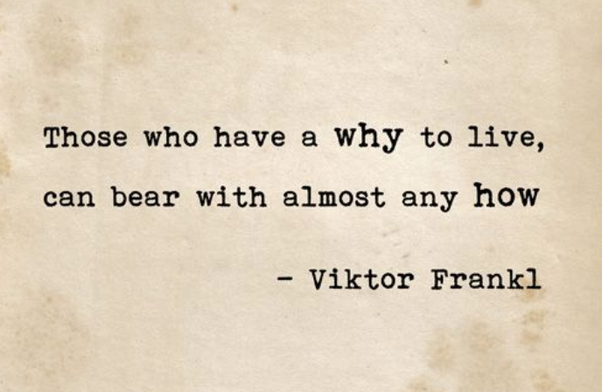 Jesus was preaching all around Israel and gaining followers. But when he went to his hometown of Nazareth, they all laughed. “You are just the carpenter’s son!”

He had to leave town.

When you start doing something, you suck, and everyone around you knows it. They are all laughing at you.

In modern life, if you grow your skills at a job, you often have to switch jobs in order to get the salary you deserve. Everyone knows you as “the mailroom guy” or however you started.

Do not bother with the people who laugh. After even ONE YEAR of improving at anything, you are 99% better than the rest of the world at that activity.

Keep improving, but replace the people who are rejecting you. 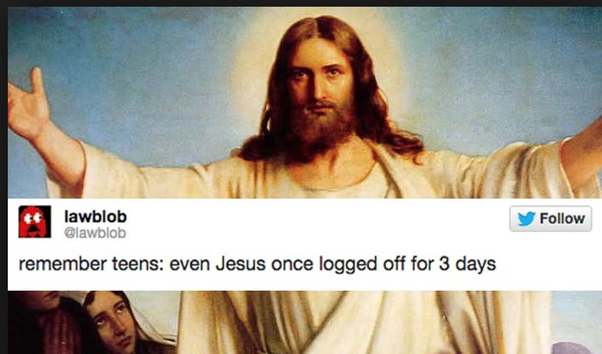 Anne Rice was suicidal after her first book wasn’t published. Then her five-year-old daughter died of leukemia and she became even more depressed.

But leukemia made her think of diseases of the blood (“everything is content”). Within five weeks she wrote Interview with a Vampire.

It got rejected by many publishers. Then she got a small advance and it was published.

She had the skill and she learned the additional skill of persistence (not an easy skill).

Then after it became a bestseller, it was not skill that got her her next major book deals or movie deals — it was the success of her first book.

Skill alone will not get you success.

FOCUSING ON PROCESS: building skill, building persistence, notching up small successes that will lead to bigger ones, will get you bigger successes.

If you focus on outcomes, you’ll fail. Anne Rice only failed when she focused too much on that first rejection.

ONLY focus on process. 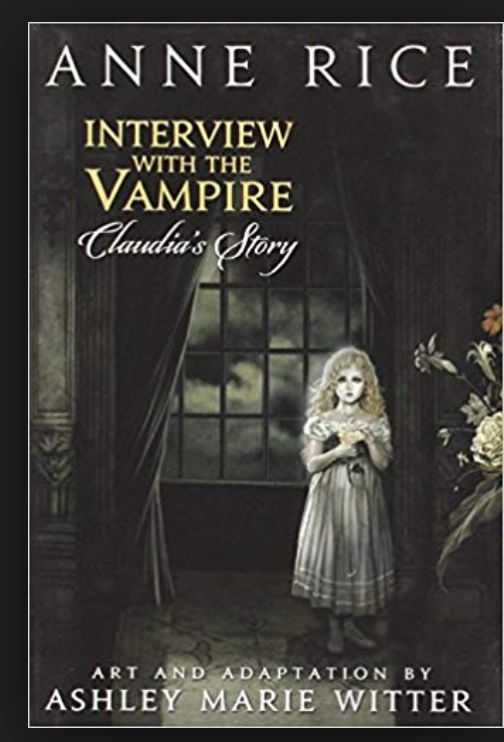 Even knowing this rule, it will work. Write your piece. Then take out the first paragraph and last paragraph. I will guarantee you the piece is better.

I cheated. I’d pretend to work all day but I took an easy job so I only had to work 15 minutes a week (software).

Then I would lock the door and read all day.

Read only stuff you LOVE. Then you will start to emulate those writers. They will be your virtual mentors.

You have to learn to put two words together. This is hard and you can only do it with practice.

It’s like a sport. Michael Jordan was shooting 1,000 baskets a day before 9 in the morning. If you are a beginner, practice. If you are the best in the world, practice.

H) ARC OF THE HERO

I was thrown out of graduate school and had no money or job prospects. All of my writing was getting rejected.

1000s of rejections but I met more and more writers.

First I was writing articles, then books. Then bestselling books.

Each step of the way, the more chances I took, the more people hated me. Articles and reviews constantly trashed me. Sometimes I felt really hurt by this. I can’t help it.

Then I found other outlets for my writing. My podcasts gave me content. Public speaking was a way to improve my writing. Even performing standup comedy improved my writing.

I don’t know if I’m giving good writing advice but this is what I experienced in the past 30 years.

I always ask myself: Am I the hero of my story?

Or did I give up? Did I quit? And I’m just a minor character in someone else’s story.

This is the arc of the hero. The hero’s journey:

And then… REPEAT… because the hero’s journey should never end.

Every book, every article, even every paragraph should have the skeleton of the arc of the hero in it.

I combine these three for no real reason.

In Neil Gaiman’s graphic novel Black Orchid, the hero is trapped by the evil villain in the first page. He aims a gun at her.

At this point, EVERY READER expected her to escape.

I mean, the book is named after her! She has to escape. Right?

The villain shoots and kills her. In the first two pages.

This blew my mind. This kept me reading. Always do something to keep someone reading the next sentence. 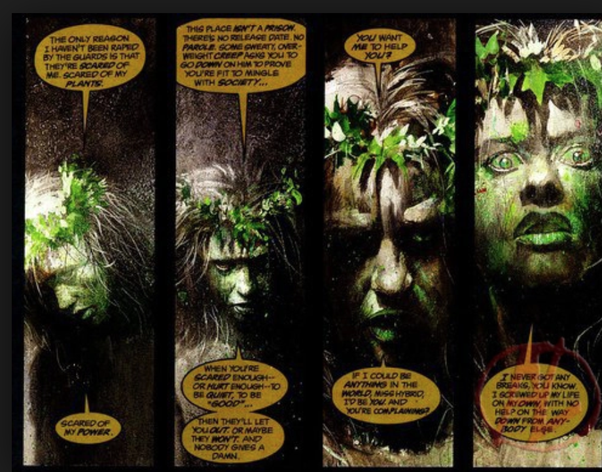 Vulnerability. Don’t be afraid to make yourself look bad. My most popular articles were about how I lost all my money, and all of everyone else’s money (including Yasser Arafat) in 2000.

Or how I lost relationships by being a jerk. Or how I was heckled for telling obscene jokes one night at standup comedy.

F-K Score. Google that. It’s the grade level you are writing at.

NEVER write above a 6th grade level. Hemingway’s Old Man and the Sea, one of the greatest written books ever, was written at a fourth grade level.

J) NEVER USE ONE EXTRA WORD

After I write an article, or a chapter, I make sure I cut at least 30% out.

K) TAKE A SHIT BEFORE YOU WRITE.

Clear the body, clear the brain.