Everything I Needed to Know to Bet Big on This Election! (Part 1) 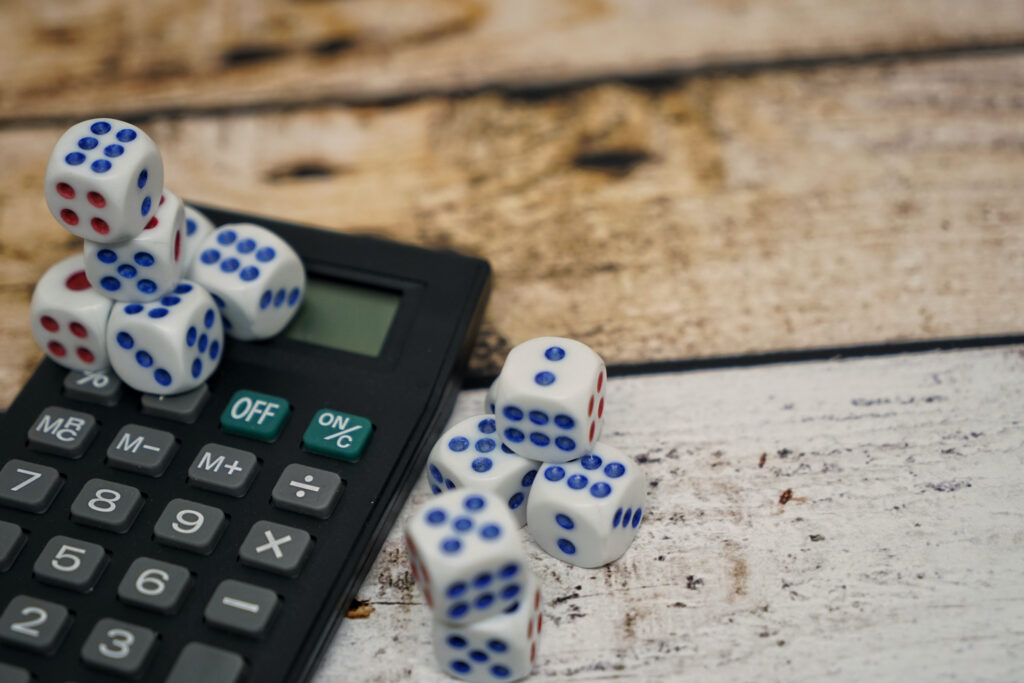 [Editor’s note: Stay tuned tomorrow for Part 2 of this article.]

Roulette is not luck. Roulette, believe it or not, is a skill game.

But isn’t gambling luck? Absolutely not. Putting money on “red” at the roulette table is poor skill at gambling, not luck.

This is the key to gambling, investing, and all decision making. Every decision in life.

The casino is PAYING you 1:1 odds. But are you GETTING from the roulette table 1:1 odds.

The invention of probability was entirely because people were being GIVEN odds but nobody was calculating what the actual correct odds were.

Let’s say I have to pick the only Ace out of 4 hidden cards. I’m only going to win 25% of the time. Let’s say the rules are that if I pick the Ace, I double my money. So $1 turns into $1 in profit and I get my original dollar back.

Every game in a casino (except poker) is set up that way. The odds are always SLIGHTLY on the casino’s side. With absolutely correct play in blackjack, you can reduce the advantage the casino has to just under 1%. That is the best bet in the casino but my guess is you don’t know perfect blackjack play. And I’ve known card counters. You and I are not card counters.

By the way, the person who “invented” the first wearable computer was a gambler. He used a computer attached to his foot to calculate, based on where the ball was when the roulette wheel was spun, where it would end up when it landed.

Eventually he found it too hard to make money this way (although he did make money, defying the odds… or changing them) so he switched to stocks and made millions.

His book is excellent. “A Man for All Markets” by Ed Thorp. But you might also know him from his classic book, which has sold millions since the ’60s—“Beat the Dealer”—where he outlined for the first time the principles of card-counting in blackjack.

Ugh! I just wanted to write an article about political bets. But first I want to explain why it’s fun and why it’s a valuable lesson about investing.

We take it for granted that, given a casino game, we can figure out the odds of winning or losing. If we have two choices, then it’s 50%; that’s easy, right?

Many games are a bit more complicated. But, like with most things, vice leads to innovation.

And gambling created the entire mathematical theories of statistics and probability.

Gerolamo Cardano was a very “Choose Yourself” person. Maybe too much so but I think I would have liked him.

First off, very vulnerable in his writings. He stated that his mother didn’t want him and tried “various abortive medicines” that obviously didn’t work. He also states that he had many illnesses as a child including “impotence.” I’m honestly curious how he arrived at that conclusion. Was it a physical thing or (my M.O. when first dating someone) psychological?

He wanted to be a doctor but couldn’t get a license in Milan, where he lived, so he moved to a small town and just started practicing medicine. He “chose himself” to be a doctor.

Only in recent society are we shamed into doing one thing in our lives. “FOCUS!” all the people who are afraid to take risks start yelling at us. But imagine the person who focused on driving horse carriages in the 1890s. He would’ve been out of a job.

My father had a software business when I was a kid. By the time I was 12 years old, I was begging him to change his software to work on this new thing “microcomputers.” I had my first Apple II+. But he wouldn’t do it. “Mainframes aren’t going anywhere,” he said. By the time I graduated high school he was bankrupt and had a nervous breakdown. For years he cried every day. And then for the years before he passed away he sat every day and listened to music all day long.

Cardano was not focused. Yes, a practicing doctor. But then he also became a professor of mathematics. A biologist. A chemist. An astronomer. He wrote over 200 books. I wonder if anyone ever said to him, “You can’t do that!” which is the common phrase I hear when I try to do more than one thing.

But this is not why I bring him up.

He was a gambler. And why not? He gambled when he practiced medicine without a license. Hopefully he didn’t cause too much damage and he was never found out.

Then he said to himself, “Hmmm, maybe some math here will help me.” And it did. He basically invented the theory of probability and was the first one to write about it. He practiced his theories with dice. Both in the privacy of his home and in various gambling establishments. With probability on his side, he became very successful.

Eventually he retired to Rome where the pope finally gave him a license to practice medicine.

My point! Studying the odds you are given by the game versus the actual odds you come out a winner is important for success!

With dice, roulette, even blackjack, you can calculate those odds.

Some games have “perfect” information. Like roulette, where you know the exact odds. Some games are imperfect (like poker).

Should you plan a wedding on June 10? Yes, that seems very good. But you won’t know until that morning if it will rain, so you have to plan for it just in case. You reduce risk by taking into account all the possible events, what their probabilities are, and what the rewards/losses are for each event.

If you plan an indoor wedding for June 10, then the loss is not much if there is a thunderstorm. But if the loss is great (in an outdoor plan), and if there’s a greater than small chance of thunderstorm, you need to plan.

That’s how gamblers think. It’s the essence of poker. The “pot odds” have to be worth it if you want to bet, combined with the odds of whether your opponent has a better hand than the one you are trying to make.

The math in poker is much more complicated. But all the professional players know the math and take it into account on every decision.

What about investing? The stock market is 100% a casino with imperfect information.

For instance, let’s say Apple is going to report earnings next week. Will they be good or bad? You look up the past 100 earnings reports on Apple and you see (or your computer sees) that 50% of the time Apple went up after earnings, 50% of the time it went down. You see that when they released a new phone that quarter and exceeded expectations on phone sales, then the historical occurrences were 90 times it went up and 10 times it went down.

And when it went up, it went up pretty big. So you are satisfied with the odds and the reward.

BUT… how do you know if Apple will beat expectations?

The way to gamble in a game with imperfect information is try to use other data to get more information that other gamblers in the game are not getting.

If you just call your friend who works in Apple’s sales department and ask them, then that would be illegal insider trading.

So you have to get more clever. You call up 100 stores and ask how many of the new phones they have left.

If they answer “Too many!” then you know they miscalculated what the demand would be for the new phone. So many you even short the stock (bet against it).

If the majority answer with, “We don’t have any! It’s on back-order. Should be about four weeks,” then you know that demand blew it away so Apple will exceed.

Now, you have to assume you aren’t the only one doing this sort of investigating so you start looking at message boards, calling your friends, looking at other highly profitable Apple products, etc. to get as much information as possible.

The stock market is pricing in certain odds based on all the information collected by all the investors. If you think you have an “information edge” in this game of imperfect information, and the edge is big enough to make you think you have a 90% chance of getting the bet correct and the risk/reward is appropriate for you based on the size of your bankroll (money management being another critical part of gambling mathematics) then you make your bet.

I could go on. What are the odds you should invest time in a relationship? Etc. But I really just want to describe my bets on the election betting side: Predictit.org.

Stay tuned tomorrow for Part 2 of this article.