Everything I Needed to Know to Bet Big on This Election! (Part 2) 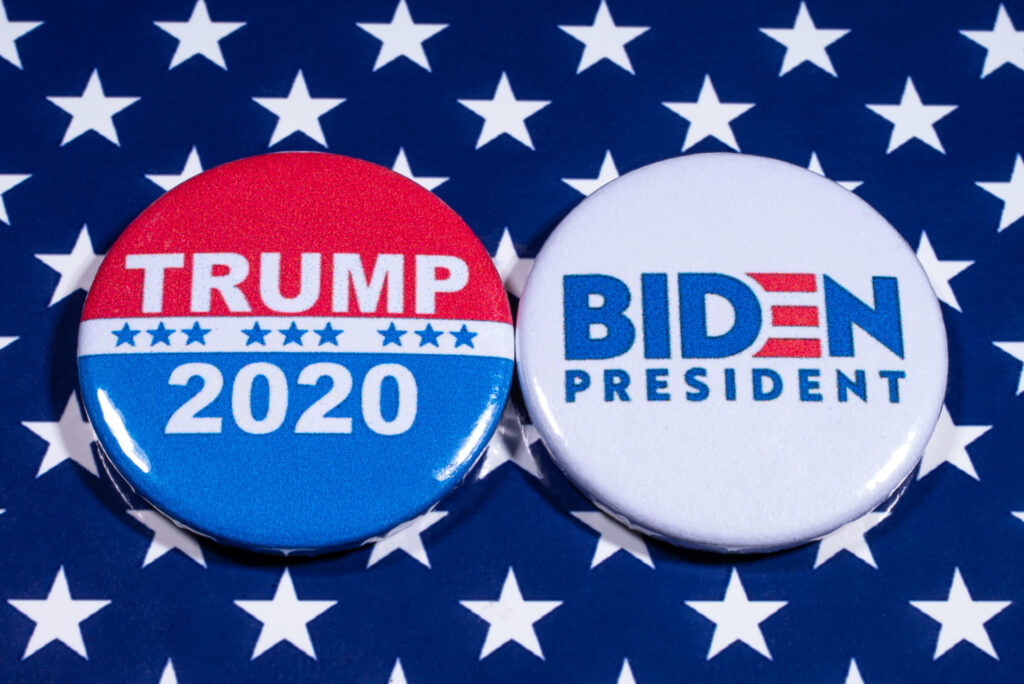 [Editor’s note: Check out Part 1 of this article here.]

Politics is a game of imperfect information.

Who will win? Donald Trump or Joe Biden?

I’m staying out of that bet for the moment. You can’t make a bet unless you feel you have an information edge that nobody else has. This is true for stocks also.

How come? Because I know the statistics on how polls change during, before, and after each convention. If the market weren’t baking that in already, I would make a bet.

Here are my bets:

Who will be Joe Biden’s VP pick?

I’ve traded around this market quite a bit. At different times I’ve bet on Val Demmings, Tammy Duckworth, and Susan Rice.

The favorite is Kamala Harris.

The way this betting market works is that “shares” on a particular market trade between 0 cents and 100 cents. If I bet 49 cents on Kamala Harris right now, I would make a profit of 51 cents (100 – 49) if she is selected.

I think, best case, those are accurate odds and there’s no edge there for me.

But hold onto this thought because I might need this knowledge in a bit.

I have two sources that I think are more informative than me. One says he is leaning toward Val Demmings. The other says Susan Rice, who he has worked with before.

I have to decide, what are the odds either of my sources have reliable information? One is not in the political game but knows people who know people who KNOW.

The other has been in the political game for a long time.

I go with the latter. He says, “Biden wants to have a relationship with his VP like Obama did with him. He has to have rapport, like the person and trust her. That has to be Susan Rice. He would hate Kamala.”

I pick up Susan Rice at 21 cents. She goes to 27 cents but I’m going to hold until I get more information. (I have previously traded in and out of Susan Rice but am now willing to hold for the long run).

BUT… she’s still in second place on the market. Clearly people think Kamala has a chance. So I hedge my bet.

I don’t buy Kamala Harris at 49 cents. I buy her in a different market.

Who will win the presidency?

Why is that a reasonable bet? Do I really think Kamala Harris has a 4% chance of being president in this election?

Yes, 4%—maybe a tiny bit more. There’s about a 50% chance of her getting the VP nomination. And another market on Predictit is giving Biden a 16% chance of dropping out before 11/1, which most likely would make her the Democratic nominee in that case, and the market is giving the Democrats a 63% chance of winning the election.

But the actual “Who will win?” market is only giving her 4%. There’s a big difference between 8% and 4% and there’s also the fact that Biden could die before the election (these contracts are not allowed on the betting market but there’s nothing wrong with me using that possibility to adjust my odds).

And it’s a cheaper way to hedge (I only have to pay 4 cents a share) than buying shares of Kamala in the VP market. If Susan Rice gets the VP nomination I go from my initial 21 cents to 100 cents. And Kamala for president goes to 0 cents. But if Kamala gets the nomination, her odds for the presidency should realistically go to 16 cents, but will probably go to 10 cents.

I adjust the money I bet accordingly so I can make money either way.

I can bet yes or no.

I suspect people don’t really know what this bet is about.

Each market has rules.

The rules for this one say: “The annual rate of increase in real gross domestic product (GDP) in one or more quarters prior to or including the fourth quarter of 2020.”

In other words, if Q3 or Q4 GDP growth is an annualized positive 5%, then I win the bet.

It doesn’t mean “5% growth in 2020.” It just means one quarter has to have annualized growth (i.e., multiply the growth that quarter by four) greater than 5%.

We just went down 32% in annualized GDP growth of Q2. Nobody was fooled by this. Every economist in the world expected it. And now in Q3, the Fed has pumped in stimulus, we are starting to see the effects of the congressional stimulus, plus we know they will enact a new stimulus. Plus, we can see the upticks in plane tickets, hotel visits, highway traffic, job returns, and money supply.

I check out my favorite economics blog: First Trust Economics by Brian Wesbury.

Good enough for me! I bet big.

I’m a little up on it. I bet on yes at 73 cents a share. Now it’s at 84 cents but I’m holding it all the way. For me, this is a lock. I think the only edge I have here is that many investors are mostly interested in the presidential election and don’t normally read economic data so don’t know that we are talking about annualized numbers. (I hope I’m right on this but I think I am!).

Who will be the next justice to leave the Supreme Court?

Ruth Bader Ginsburg is by far the “favorite” at 74 cents a share. I put “favorite” in quotes because this one is a bit morbid. Obviously the only reason she would be first is if she dies first.

And I do think that 74 cents, or about 3:1 odds, is about right for her. She’s in and out of the hospital. She’s not doing well.

Ginsburg is 87 years old. The next oldest justice is Stephen Breyer at 81 years old. He is healthy and vibrant. The market is pricing him at just 6 cents (Clarence Thomas is No. 2 at 11 cents).

I figure: Breyer is 81 years old and I have no other information. According to an actuarial calculator, his odds of dying within one year is about 6.5%. But I need to factor in Ginsburg’s odds as well and the odds of the other justices.

I bought this contract at 7 cents. Not a good bet. I have nothing to justify 7%. The correct odds are probably more like 3% and a good bet would’ve been at one or two cents.

So I gambled. Shame on me!

Still, it’s like a lottery ticket. I don’t have to risk much and I could have huge upside and I am OK with losing this bet. I bet on 7 cents and it’s currently trading at 6 cents so I’m about 14% down on my “investment.”

In summary, here are my current bets. NOT predictions, by the way, since I might not hold these bets until the end if they go up or down too fast. I will cash out or stop out.

Who will win the VP nomination? Susan Rice at 21 cents (now at 30 cents but I only mention this aspect because I am in it for the long run).

Who will win the presidency? Kamala Harris at 4 cents (I’m not predicting she wins. I’m just saying with 25:1 odds and as a hedge against the above bet and for the reasons I describe in the  article, it was a good bet for me).

Who will leave the Supreme Court first? Stephen Breyer at 7 cents, now trading at 6 cents. This was gambling. I should not have done it but, what the heck?

One is: He was one of the best chess players of the 1500s. For two years he did nothing but play chess all day. He said about that time, “I would never be able to express in a few words how much damage, without any compensation, [chess] caused in my domestic life.”

I know the feeling!

He also was a believer in astrology. He predicted the exact date of his death to be September 21, 1576.

When he was alive and well on that day he drank poison in order to make sure his prediction came true. He killed himself. I suspect he made a bet and used inside information to make sure that bet was a winner.