Break Out of Prison

We were about to convince a bunch of Arab sheikhs that their investment in our VC fund was still worth something and maybe they should invest more. It was 2001. About a few months before our biggest investor shut us down. Until then there was still a vague hope that we were good at what we did but we knew we weren’t.

We were boarding the plane to Miami. Why Miami? After all the meetings, all the investors liked to go to the strip clubs while they were in America. Our biggest investor, a private equity fund that will remain nameless, had a line item in their budget for strip club entertainment for events like this. Miami was supposedly the place to go and we were staying in the best hotel there. The guys from the private equity firm, after the meetings of the day where we spewed vomit and charts, would take out the foreign investors to the strip clubs all night.

Mark turned to me. “How did this happen? I’ve lost so much money in the past year.”

He laughed. I laughed. I felt good for a brief second and that was about it. I liked Mark. Now he’s a banker at Bank of America and the last time I saw him he smashed the screen on my Defender arcade game, said, “have a nice life” to me and walked out. Then the VC fund was over. Then I was kicked off the board of the company I started. Then the two buildings five blocks from where I lived blew up. Then I went broke. Lot’s of bad things happened to a lot of people.

I feel like since I was born I’ve gone back and forth between fear of living and fear of dying, often at the same time. I want to be immortal. But being mortal is usually filled with fear. So I built an artificial net that I thought would catch me:

Money: if and when I have it I can do anything. It’s a rush. I can cure all ills. I’m SAFE! I can fly helicopters. I can leave $100 tips with cabdrivers. People think I’m smart. I think I’m smart. When I don’t have it I’m worse than dead.

Wife: “til death do us part”. We get immortality in the certainty that the relationship will last “forever”. But then I get afraid. EVERYTHING has to last forever. The romance, the sex, the respect, the interest. What if it doesn’t? What if any one of those falls apart? Help!

Corporate safety: A corporate job has the illusion that it will last forever. Until it doesn’t. Until a tiny bit more greed squeezes the last mindless juice out of us before kicking us to the street.

Religion. Every religion has their way of saying, “calm down, calm down. Here’s what happens when you die.” But why is a Jewish person on this tiny planet any more or less right than a Buddhist on the other side, or a Catholic in the middle, or a Muslim next door? I hedged my bets by trying to believe in everything. Jesus = Krishna = David = Buddha = Lao Tzu. Who knows? Anyone who tells you they have the answer is the last person you want the answer from.

Family. Well at least I have my family. Blood lasts forever! Right? But as I get older, the bonds with my old family seem to get thinner and thinner. And the bonds with my new family (my kids) will eventually get thin. I can’t control them anymore. They grow up and become adults. And the best I can do is tweak here and there and hopefully they listen but they will live their own lives.

Place. I’m an American! From New York! The capital of the world. And I have to protect my way of life. Because democratic capitalism will spur growth forever. So it’s ok to bomb everyone who threatens my way of life, right? And I have to make a lot of money also to prove this is the right place to be in.

What else? We all build this net that can catch us as we fall into the abyss we sooner or later start to fall into. What’s is your net made out of?  If not money, then religion. If not religion, then place. Or family. Or friends. Or a poker bankroll or chess rating or klout score.

But the net is frayed. The net becomes a prison. All the things you are afraid to lose. And the fight to keep the net from breaking is often painful. And then we see it was only a dream. 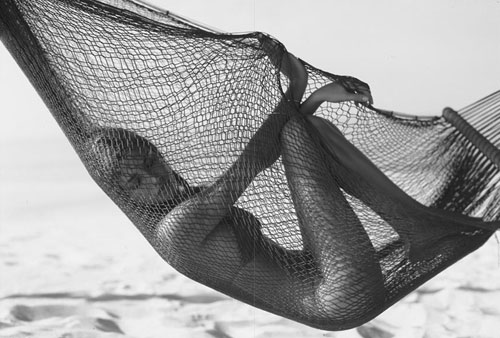 A good friend of mine wrote me today. I felt bad because I haven’t been able to respond to his last few emails. He threw me out of graduate school 20 years ago when he was a dean. Now he’s a friend.

“My sister died,” he wrote. “Can you talk?” So I called him and we spoke for awhile. It was a shock to him. He only knew she was sick ten days earlier. I felt real bad for him and real bad I haven’t been in such good touch.

The last time he visited NYC we were walking up Wall Street and I showed him the engagement ring I had gotten for Claudia but hadn’t yet given her. He slapped me on the back and congratulated me. We both smiled. That was one of the last times I spoke to him.

We’re not immortal. We don’t have a tribe that will protect us. A philosophy that will comfort us. A corporate job that is always safe. Money that we don’t have to worry about. A wife that will enjoy sex with us forever. A million twitter followers every day.

The net’s going to break and only then we find out the real Truth.

And then we either fall into the horror. Or we realize we have wings. We never needed the net.  And then we fly forever.