Bristol Palin: Did She or Didn’t She?

I’m on a news diet. News is bad for your mental sanity. It makes me depressed. Someone is always dying. There’s always misery and pain someplace. And its usually vicarious, like, “there but for the grace of god go I”, on every cover. Its not like the news is lies. Its reality, spread out like a pornography shoot.

Dan called me yesterday: Did you hear about Arnold? No, I didn’t.

Well, he has a kid and you should see the other woman.

Then he asked: Did you hear about the IMF guy?

Whats the IMF, I asked. I sort of know what the IMF is, after writing about finance for ten years. But not really. There’s nothing the IMF has ever done that has ever effected me in one way or the other. Ever. So I have no idea what the IMF really is. I know it’s an abbreviation. Something to do with Mexico? And now there’s an “IMF guy”?

Well, he was trying to have sex with someone.

Isn’t that where babies come from?

Maybe Dan was getting frustrated. You do know Osama Bin Laden was killed, right?

And yet, now I’m guilty. Its such an easily addictive drug and its available everywhere. I had been so good. I’d pass the NY Post in the drug store and think, not this time Page Six! And, heck, I write for the NY Post! But I’m not buying it. I’d coolly breeze past Star Magazine, US, OK, People – we were all once such good friends.  But I don’t take drugs anymore. Except Percocet.

But the World Wide Web is seductive (and why don’t people call Her that any more: W. W. W.) She finally called me down her dark alley for a little bit of fun, a little bit of action, nobody would see… it would be cheap, fast, and easy once she pulled her nylon stockings down. It only takes one press of the finger to hit Her button.

“Bristol Palin gets plastic surgery”. Out of all the news items out there, why’d you have to walk into my joint?

So, a couple of points:

A)     Maybe Bristol is beautiful now. I don’t know. But she certainly was beautiful before her surgery. I loved her slightly plump face, her awkward smile, her hair that can’t decide which way it wants to go. Her eyes that look slightly dull and wide. Her teeth of different sizes and slightly different shades of off-white.  Slightly buck teeth. She was incredibly beautiful to me. The fact that she had a baby even made her sexier somehow. She’s human. And, on at least one occasion, slutty. She let her man take advantage of her without using protection. The passion was too much. Good for her!

B)     There’s no arguing that in the “after” picture she looks different. Does she look prettier?  I could see why technically speaking a lot of people think she is prettier now. So she’s off my list of beautiful celebrities but she’s probably on some other lists. Is she on your list?

The article where I saw the picture already has over 100 comments. I’m sure on gawker and other places there are thousands of comments. Everyone has an opinion. There’s a lot of important questions to be answered once we take our little pitter-patter rat steps on the Bristol Palin Maze for the prize at the end while the scientists of the gods observe and take notes:

Did she or did she not have surgery for cosmetic reasons? Is it “correct” in some quantitative way of understanding the world, that a young girl like her should have surgery? Is she lying in her explanations? Is she prettier now? Did she do this for some new reality show? What does her mother think?

I succumbed to an addiction. I have nobody to blame. I clicked on the article. I said yes at the altar. Nobody else did. Perhaps reading this story on Bristol made me happy.

So while we’re at it:

I saw this beautiful photo. I don’t know where it’s from.  But I look at it a lot. 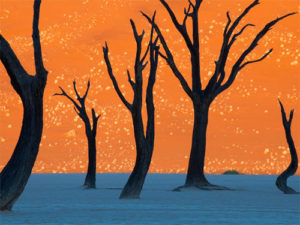 Apparently, the kick is, its a photo and not a drawing. But I don’t understand. If anyone can understand this, please explain it to me.