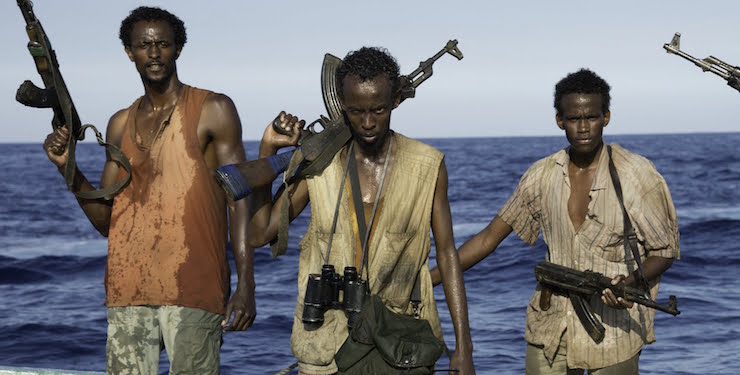 I ordered pancakes and he told me about the last time he was shot in the head.

The bullet went through the top of my head, he said.

Then he leaned down and showed me the entry point.

Then, he said, it went out through the back of my ear.

He twisted around, pointed to the back of his ear.

That’s not the story I want to tell.

I met Ursa because her boss hired me to protect his ship from pirates, he told me.

Wait – why would pirates be after Vikram’s ship?

Every ship that passes through that zone is watched by Somalian pirates. There are four types of ships there: huge shipping boats, military vessels, luxury boats, or bad guys.

And if you are someone’s play yacht, the bad guys will definitely get you, he said.

So how could you protect a boat? Why would anyone hire you.

Because of my training, he said.

You have to understand what happens, he said. The Somalians are paying off the line handlers at the Suez Canal to see what boats might have ransom potential or money on board. To even get through the Suez Canal costs about $55,000 so already they know there is money involved.

What’s a line handler, I asked, and he explained. Then he continued.

The line handlers will tell the pirates – here’s a 145 foot long yacht with X on board and no protection and it’s leaving on this date and will be in your area in five days.

The Somalian pirates get info on every boat leaving the Suez Canal and they attack anyone who is easy.

So our job is to simply stand all over the boat as the ship is pulling past the line handlers and display all of our weapons. Then they can see that the ship is protected.

The Somalians are hungry. There’s no food in Northern Somalia. They don’t want to waste time on someone who is going to shoot back. Usually. So if they hear the boat is protected then most of the time our job is done.

Have you ever come into conflict with any of the pirates?

Yeah, he said, here’s what they do.

They have a mother ship that stays about 20 miles ahead of you once you get into their area.

The mother ship will send two small boats that will move quickly around you, one on each side, and tie-up your props underneath the boat so you can’t move, and then they board from the back. They will usually kill everyone.

How can you do anything about that?

Ha. We have very sophisticated equipment. We can see every body on the ship 20 miles away via infrared.

Believe me, we know they are there. But we continue on course because we don’t want them to know we know.

Then when they send out their boats, once the boats are five miles away, we take out an Ashby, shoot a few rounds of titanium bullets with phosphorus tracers mixed in. They can see the tracers and know we have serious weaponry on board.

Does that dissuade them?

I’ve taken hundreds of boats out of the Suez Canal. 98% of the time the pirates go away. Twice the boats kept coming.

Wait a second. I’m confused. Why would the pirates keep coming when you’ve clearly demonstrated you can destroy them.

These guys are hungry. This is all they have. They have no food and they are high on a drug called cat leaf. I have no idea why the two boats that have made an attempt on us actually did it but they did.

I had six guys working with me. We had thousands of rounds of ammunition . We let the boats get close. Then we fire everything we have on them.

Did anyone get killed?

The last time this happened, we killed all nine pirates on the boats. We were only able to recover three of the bodies because this is the sort of ammo that will rip people apart.

But by maritime law we have to recover what we can and drop off the bodies at the nearest port.

We also have to wear video cameras, GoPro, so that we can show that we followed the law every step of the way.

For instance, sometimes the pirates fake a fire on their boat so they can radio “Mayday”.

By maritime law, if you get a MayDay you are required to assist. So how we act in those situations to determine someone is a bad guy is critical.

Were you ever scared?

Listen. If anyone ever tells you they were not scared when they were under attack by pirates is lying to you.

If someone is trying to kill you, you’re going to get scared, no matter what your training is.

Were you ever shot during any of these?

Wait, Ursa said, tell him about that time you were shot because of the diamonds!

It’s funny, I said to him, the entire situation is thick with incredible violence, fear, and tension.

But success for both you OR the pirates is entirely about how many risks you take care of in advance. It’s all about risk control.

I said, nobody wants to shoot. Risk avoidance starts for you, and them, hundreds of miles away when you are standing on deck with your weapons and they are bribing the line handlers.

Then you use technology to discover if anything bad is in your way. And they avoid putting their main ship in jeopardy by using smaller ships.

They also try to incapacitate you before a single shot is fired. And you try to scare them when they are too far to be hit but close enough to know what type of weapons you have.

That’s right, he said, it’s all about avoiding risks. Nobody wants trouble.

I’m trying to apply this to my own life. We all do things that are scary or risky or out of our comfort zone.

But it seems like 80% of success is devoted to avoiding the risks even when you know you are going to be doing something scary and uncomfortable. And then the payoffs are huge.

That is correct, he said. He started digging into his pancakes. I had been making him talk too much.

Yes, he said, Think about it. Chess is a game developed so kings could simulate war.

There’s a saying in chess, I said, that the threat is stronger than the execution.

That’s exactly it, he said.

But wait, said his wife, what about the saying, ‘Good at chess, but bad at life’, have you ever heard that saying?