Buying the Story Behind the Story 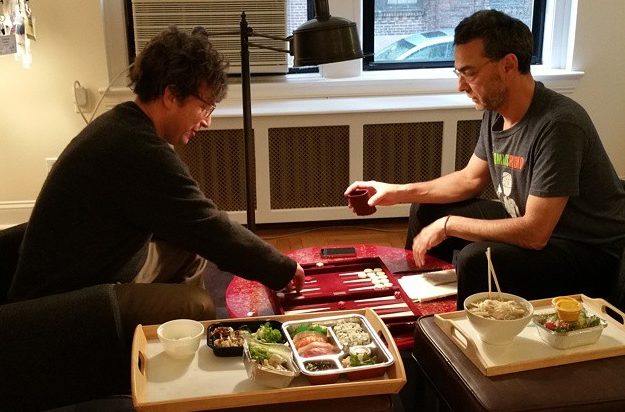 Things are simpler than they appear.

I’ll give you an example:

Let’s say you want to beat your family at Scrabble. You have two choices.

What do they mean? I have no idea. You don’t need to know. Somehow, “za” is slang for “pizza.” I’ve never heard of that before. Apparently it’s used on the West Coast but I’ve never heard anyone from there say “za.”

I’m told people from Trenton, New Jersey, use the phrase “tomato pies” instead of “pizza” but I grew up 20 minutes from Trenton and never heard anyone use that phrase, either.

Some things are mysteries and are best ignored.

But once you are OK with the fact that “xu” is a word, it means you can slap down that “X” on a triple-letter score with much greater ease than your opponents thought possible.

While they are all stuck with their Qs and Zs, you’re racking up 50-point, two-letter words and winning the game.

The same goes for poker.

Do you want to know how you can beat your friends? Never bluff. When you have a good hand, bet and raise everyone. Someone out there will think you’re bluffing and pay you off.

Meanwhile, if you don’t have a good hand, just fold. Expect to play two hands an hour in a casual game with friends. And take all their money.

I taught my daughter how to play poker when she was eight. Since I’m dead-set against the idea of her going to college, I figure she might as well get some skills as a gambler.

Every time she’s about to lie during the game, she looks to the left. When I told her she did that she then sometimes looked to the left on purpose to make me think she was lying.

That’s called “controlling your opponent” – when you tell them something and then they try to use that information against you, but you know in advance they will do that.

She became a fool two times over and had no chance, while I took all her money. But it was a learning experience for her.

But back to why the simple option is usually the better one.

There’s a reason that so many successful investors like to talk about “picks and shovels.”

Don’t waste your money heading out into the hills to dig for gold. Instead, spend it on the equipment—picks, shovels, blue jeans and whatever else—that other potential miners will need, and focus your efforts on selling it all to them, not mucking around in the dirt hoping for a big payday.

That’s the more surefire (and proven) route to riches.

The idea of owning “picks and shovels” in order to profit from a big sector or commodity boom simply means owning companies that supply the tools, products, or services many people in the boom must use, rather than taking the riskier route and buying the individual players in the boom.

The classic story of this comes from the 1850s, when a German immigrant moved from New York to San Francisco to participate in the California Gold Rush.

Rather than taking the “all or nothing” route of looking for a big gold strike, he sold basic goods to the miners. This was a much safer way to acquire wealth than trying to find the one big strike.

Eventually he started producing a new type of durable pants to sell to the miners and they became a huge hit.

His name was Levi Strauss, and he didn’t risk it all on trying to find the big strike, he just sold the stuff everyone else needed to try to find the next big strike themselves.

These days, the concept is so well known it’s almost cliché, but that doesn’t mean it isn’t still a smart investing philosophy.

Think about it this way.

Every iPhone that Apple produces includes pieces from more than a dozen different suppliers, everything from the chips to the batteries to the case.

Apple is really just bringing these things together into the final device. So, even though Apple itself has seen its stock rise more than 700% since the first iPhone was introduced in 2007, one of the more reliable ways to cash in on the mobile revolution it started has been to invest in these component suppliers instead.

For example, shares in a company called InvenSense spiked in mid 2014 after it was announced that the company’s motion-sensing chips would be a major part of the then-new iPhone 6 and the larger iPad.

Beyond Apple, this concept applies directly to a company called Flex and one of its primary customers: Nike.

Flex is a design, manufacturing and supply chain company that’s currently focused on developing Internet-of-Things products and connected devices for a range of aftermarket customers.

For example, it manufactures the Fitbit Force, and helped the Ford Motor Company create its voice-controlled SYNC system that allows a driver to make hands-free calls, control the stereo, and perform other in-car tasks with the use of voice commands.

Nike has determined that technology is going to be its differentiator going forward, so it’s in the middle of a transformation from a shoe-and-athletic-apparel company into a true tech firm.

The plan is to bring Flex’s high-tech skills directly into Nike’s factories, eventually working on projects related to:

This is a big change for 50-plus-year-old Nike, and it means that companies like Apple and Samsung might soon replace traditional rivals like Adidas, Lululemon, Puma, Under Armour and others.

Who knows what this will mean for the “house that Jordan built” or if it will even be successful, but one thing’s for sure:

Flex is going to cash in big time as the backend supplier that makes it happen.

That’s the kind of story that you hear about later and think, “Oh that was so obvious, I should have invested there.”

But you can’t find those deals alone.

So I spent the past 20 years developing a network of insiders and influencers to help me.

I still get excited when I hear about deals like Flex…so I created a research service to share the best of these deals with you.

It’s called the Top 1% Advisory.  I don’t talk about it much, but I’ve been telling you about it some this week because I’m doing something I’ve never done before.

I’m offering to “partner” with you…to share my research into these hard to find investments for 40% less than normal price.

I can’t keep this offer going forever though so if you’re interested I’ll answer all your questions here.

It doesn’t take detailed knowledge of string theory to appreciate a sunset.

And “ka,” in addition to being a word that babies sometimes use, is also the Egyptian mythology definition of the human soul. Don’t try to make things overly complicated to fool people into thinking you’re smart.

Just make things as easy as possible and try to enjoy the day.