Can Andrew Yang Save the World? I Find Out 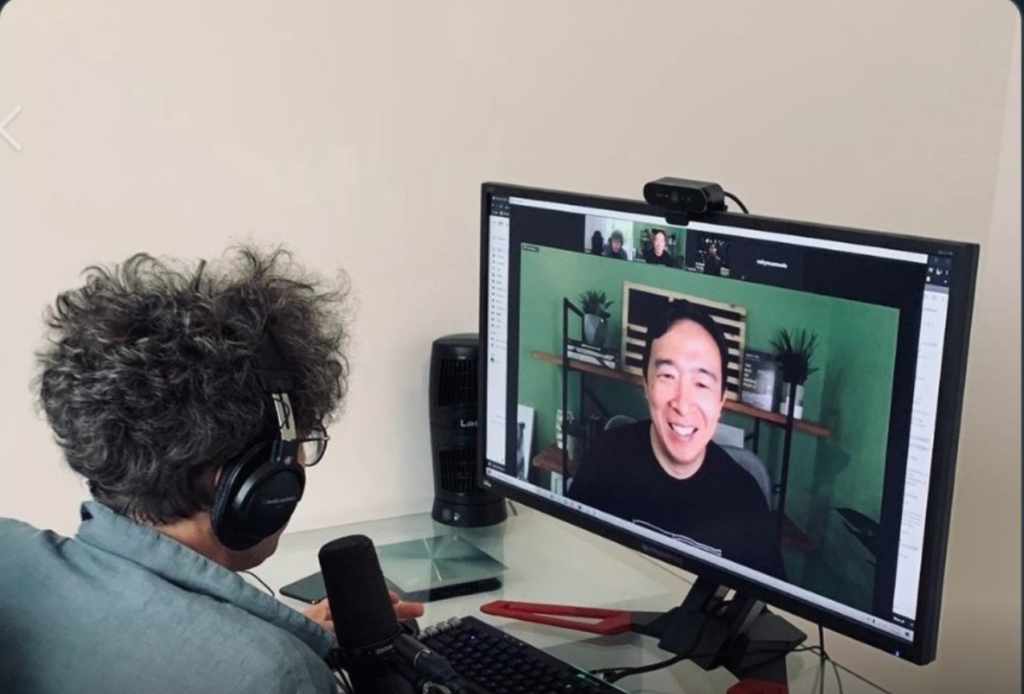 Here’s why I liked Andrew Yang when he was running for president: you could tell there was no bullshit.

He would say things on the debate stage like, “I’m Asian so I know a lot of doctors.”

Things like that would show he was completely unscripted. He felt like someone I could have a coffee with instead of someone who was trying to win over groups that his polls told him were important.

I had two big questions for him a year ago.

First, is automation really the problem with future job loss?

My point, with many historical examples, is that automation leads to greater profits, which lead to greater opportunities for new innovations and jobs.

Given that, how necessary is a universal basic income (UBI) to help transition people from one industry to another? If the new opportunities arise quickly, do we need a UBI at all?

He answered this in the podcast.

Second, I was also curious about the campaign itself.

There was one debate when Bernie Sanders was asked a question (about student loans) and I knew Andrew had the PERFECT answer.

But he didn’t raise his hand or interrupt like all the other candidates were doing.

I asked and he answered.

Here are some of the things we discussed:

Here is the podcast.

Please subscribe and listen. I have some great guests coming and I’m really trying to understand all the many complex issues that are plaguing us.

Andrew is a great guest and there are many more coming. Again, here’s the link to listen in.