Why Can't Trump and Obama Do This…? 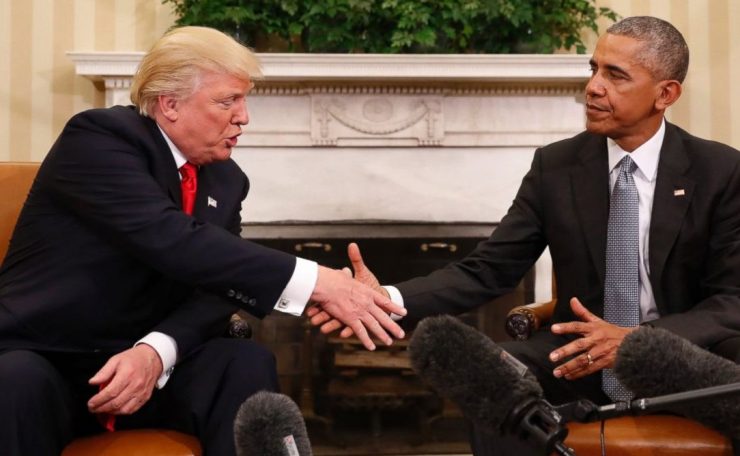 I haven’t watched the news in about six years. But when Trump met Obama I really wanted to see what would happen.

Here’s what I imagined would happen:

Donald: Listen, we’ve never met before and there’s a lot of expectations on this meeting so I think we should do something…monumental…spectacular.

Obama: I hear you, Donald. That’s what I was thinking.

And then they plan it out. The whole time they are supposed to be talking about policy and transitions and other nonsense but really they are like two giggling kids while they plan the most EPIC Presidential photo-op ever.

They let the photographers and reporters in.

Everyone’s expecting the usual BS. “We had a great meeting. We have a lot of respect for each other. Let’s put America first.” etc And then the cameras go off when they shake hands.

That’s what everyone expects. That’s the NATIONAL SCRIPT.

But art happens when you BREAK THE SCRIPT. Speak the truth.

When you show people that the world is bigger than they ever thought. More exciting. More surprising.

Art happens when you do something that turns the brain off and communicates directly with our hearts and our imaginations.

This is what I wanted to see…

What if they reached for each other and just started making out. Passionately kissing and groping each other.

At first the cameras would go and the news anchors would be shocked. At first…

But then, they just keep going. Two minutes, three minutes, five minutes…. Nobody can stop them because it’s the President. They can’t touch him.

Barack puts his hands around Trump’s pants and starts to pull them down. We see tongue, everything.

And finally they stop. Get up. Nod at each other. And Trump says, “I can now safely say…Obama is truly made in America.”

[ RELATED: How To Deal With A Bad News Event ]

Why can’t people just go off script more. What is life for? Is it for all this make-believe we always do. Because everyone is afraid?

If we took our most high-stakes moments, and had a little fun with them, I bet life would be a lot better for everyone.

I’m sad sometimes. And sometimes I want to be shocked and laugh a bit more.