From Carjacking To World Excellence 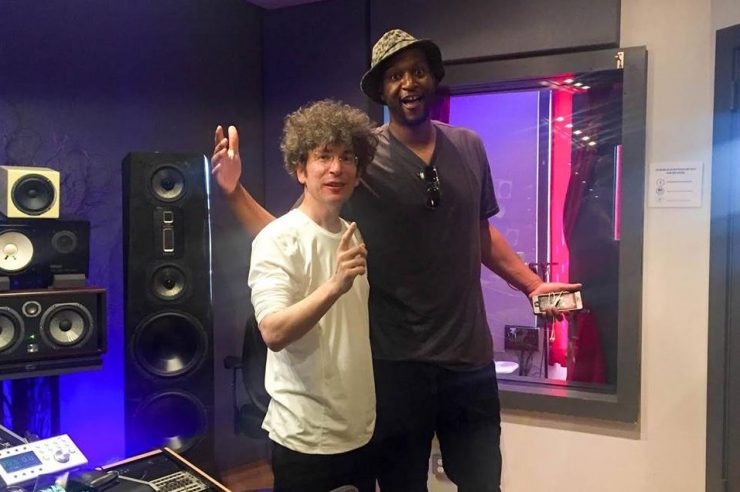 John Wallace, former star pro athlete was telling me how great an athlete I was.

“I saw you break dance, man,” he said, “that requires athleticism. That requires coordination.”

He said, “I used to break dance every day. I’d get into battles. You got it.”

But then we got right into it.

“I was into carjacking,” he told me, “and one night it was just by luck I didn’t want to stay in the car and joyride. My other friends got arrested. My cousin, 12 years old, spent 3 years in prison.”

“That night, I decided, I’m going to go for it. I was 14, nothing was going to stop me from getting better at basketball.”

I asked him more questions. I wanted to know how one could go from carjacking and a family filled with drugs to being among the best in the world at something.

“Let me tell you something, James,” he said, “Stop any 6’9″ guy on the street and ask them if they are a pro basketball player and none of them will say yes.”

I felt bad I asked the question. Stupid.

So he told me what he did. And what anyone can do to get better at what they do:

“I didn’t want to be bagging groceries,” he told me at the dinner we had which led to this podcast.

That kept me motivated every day.

“It was 10 hours a day. It was all I thought about it. I trained every single day.”

Segment out the skills

“It’s not just shooting. I would run, swim, lift weights, dribble, shoot, play – I had an entire training regimen.”

Whether you love basketball, writing, business, art – see if you can break it into 20 separate skills and try to put in your hours in each skills.

At first John said you didn’t need a coach for basketball. But then he started listing the other players and coaches that inspired him.

“On days when I didn’t feel like working out, he’d pull up and say, ‘Are you ready’? and there was just no way to say “no”.

Find the people who know how to do it, who you can’t say ‘no’ to, and stick to them.

In chess or business or trading, I never learned from my winners. I always said, “I’m a genius!” after a winner.

Only from the losers would I take a step back and say, “what the heck just happened?” And I’d go every aspect of what happened to see how I can improve.

“I stayed frugal. Athletes have the shortest careers. I drove the same car for 17 years.”

You don’t want worries of money to stop you from being excellent.

“What’s the difference between a player like Michael Jordan and you?” I asked.

“When he was coming up on me, I could feel his killer instinct. He was the one player where I really felt he wanted to win that game more than I did,” he said.

“Can you learn to have that instinct?”

“I don’t think so,” John said. But that’s because he always had it. I think people can learn it.

I know for myself: study the pros in the area you are passionate in. You will inherit part of their killer instinct. Your brain will begin to mimic theirs.

List the best. The ones you want to be like. Mimic them. List them every day. Think about what makes them win. You will develop a killer instinct. This is how I do it.

“I do philanthropy now. I keep in shape every day still. But I’m very competitive. I want to give back and I want to be the best at it.”

I’ve never been the best in the world at anything.

This slice of light between two dark infinities is so brief. But still, I like to make every day an adventure. A challenge to have more well-being each day.

I had met John at a dinner a few weeks earlier. I embarrassed everyone at the dinner by asking him non-stop questions, including my first, “Are you an athlete?”

So I called him because I had more questions.

As he walked away, I felt a little bit better. I felt like I had a killer instinct.

This is teaser post for my upcoming podcast with John Wallace.

To make sure you don’t miss the episode, subscribe to the podcast here:

Update: this interview is now available