And Then This Is How I Changed My Life This Weekend 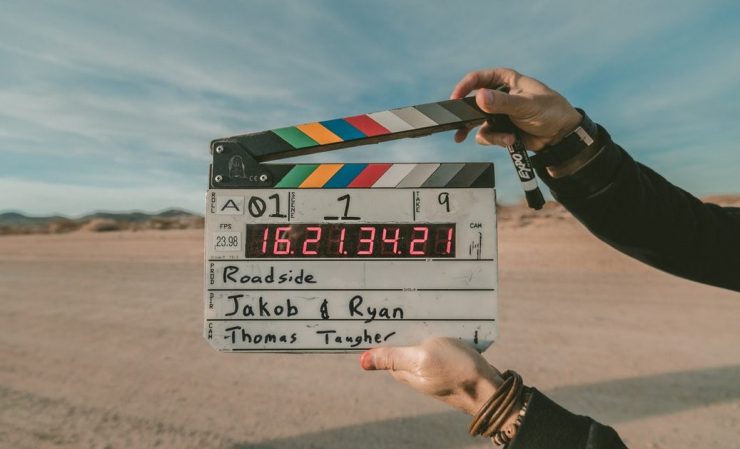 I wanted to do something I had never done before.

I wanted to do something creative.

I wanted to plant a seed that could turn into something both artistic and lucrative.

With a friend, we outlined a story based on mutual interests of ours and some of my life experiences.

And then I wrote a screenplay from beginning to end in one weekend.

I’ve been involved in many slices of life over the past thirty years. For me, a new subculture is both an escape and a passion.

I took two high-stakes subcultures: the hedge fund business, which I was involved in for about 15 years.

And the standup comedy world, which I first tasted twenty years ago but have been more active in in the past 1-2 years and probably obsessively in the past year. (I performed Saturday and Tuesday).

[Much more on this in a future article].

Also in the past few years several “high stakes” things have happened to me. Shaken me to the core. SHAKEN!

Forcing me always to apply my own advice to myself rather than to just stupidly just give it. To experience my own believes again and again.

Divorce. Money. And throwing out everything I own plus spending years moving from AirBnB to Airbnb.

Why did I move from Airbnb to Airbnb? I don’t really know. I didn’t want to deal with the hassle of owning anything. I wanted to have everything taken care of.

I wanted to be a voyeur on everyone’s life. I wanted to explore new places and neighborhoods as much as possible.

But because I did this for years, 100s of stories (both bad and good) have happened to me. From the horrific to the amazing coincidence, to just simply the amazing.

[More, more, and more on this in future articles].

It reminds me of Rutger Hauer’s monologue in his death scene in the first Bladerunner:

“I’ve seen things you people wouldn’t believe. … I watched C-beams glitter in the dark near the Tannhäuser Gate. All those moments will be lost in time, like tears in rain.”

And yes, I’m comparing myself to Rutger Hauer and Bladerunner. I give myself permission.

A friend of mine gave me advice recently. “It’s time to stop with the Airbnbs,” she said, “It’s creepy”.

We’re having lunch today. She’s saved my life before. So lunch is on me! Big spender!

So I wrote all of the above down in two equations:

It turns out X is a story.

So with a friend we outlined every scene in a story from beginning to end. That was Saturday.

In every scene we jotted down the situation, the characters, the location, and ideas on dialog.

We kept writing dialog down until we laughed.

Then Sunday we each wrote a script from beginning to end and then merged them scene by scene.

In two days we went from laughing and brainstorming random ideas to coming up with all the scenes to finished (first draft) screenplay.

I had never read a book about screenwriting before. I had never written one before. I’ve read 100s of screenplays when I worked at HBO.

And I advise on a TV show [more on that in an article in April].

But I never wait for permission to do anything. Ready. Fire. Aim.

We had a few rules when mapping out the scenes.

– The first few scenes had to introduce every character, location, and problem / tension.

– Each scene had to be funny. Could be dark. But also funny.

– Each scene had to move main character (and potentially minor characters) forward.

And we wanted most of the scenes to take places in locations where I would want to spend my time.

Seinfeld gave this weird piece of advice on Norm McDonald’s podcast: “Make a TV show where people want to hang out in the locations”.

I have never heard that before.

If I could make myself laugh in each scene, then chances are someone else would as well.

We used a site called celtx to merge the scripts as we both worked on them on our own on Sunday.

We mapped out how the entire season 1 of the story could work, with one line each to describe each basic story. We mapped out a season 2 as well.

We figured out all the ways we could market the show, mostly using my own social media.

We also figured out how we could shoot it ourselves if nobody else liked it, which is always possible. This “evil plan” is what I always call my Choose Yourself strategy.

Without a Choose Yourself strategy in every life situation, you give too much power to others in a worst-case scenario.

Whenever I don’t give myself a “Choose Yourself” strategy I end up being unhappy. End up being sad.

Then I gave the script to several people to see all the parts where they laughed out loud. Then Monday I sharpened up dialogue. I’ll do that every day until it’s ready. No rush.

Someone told me the Farrely Brothers were once given this advice: don’t say you are “trying” to do a movie. Say you are “doing” a movie.

Will it get done? I don’t care.

This is the Mental part of the Daily Practice I often write about. The “10 ideas a day” every day .

For me: when I exercise the idea muscle, it only gets stronger.

Will it get done? For 20 years I’ve built up a 1000 connections in this business.

And I was able to do this with a friend. We had so much fun it was a pleasure.

This is the Emotional part of the Daily Practice I often write about.

Will it get done? I have personal experience in everything I wrote about plus the marketing skills to make something happen.

Will it get done? Knowing I wanted to do a good job on this I made sure I slept well, ate well, exercised, got into shape so I would be as creative as possible.

This is the Physical leg of the daily practice I often write about.

The mind, the body, my relationships, are always linked together. When one is bleeding or leaking energy, the entire “body” collapses.

Will it get done? I don’t even care. It doesn’t matter to me. I could die tomorrow.

I will never mortgage my present in exchange for future fantasies.

This is the Spiritual side of the daily practice I often write about.

Why even write about this process before I do anything with it? What if it never happens (which is likely)?

Because Process is Art.

Because I already did something with it. I wrote it. And I wrote it using all of the ideas I’ve written about for years.

If it fails or succeeds from here, I’ll write about that also.

It already got done. Because this weekend I loved every minute of it. Because, I don’t know … “tears of rain”.