Claudia's Lyme Disease is No Fun

In a few minutes, Claudia will collapse. It’s making me sad. Her normal schedule is to wake up around 4:30-5am, read with me for awhile, and then begin her yoga routine which could last from 2-3 hours. But for the past six weeks she has not done yoga. For the first time in ten years.

She still wakes up the same every day. Full of energy. You wouldn’t know she was sick. Too much energy for me. C’mon! she says, the coffee machine is on. And she’d be talking, laughing, getting me to talk, and we’d have our coffee and read and chat about what we’re reading

Then I go over to the computer and start writing. She’s usually writing as well. Then, around 8am, I hear nothing. I look over and my heart sinks. I can tell the Lyme has kicked in. She’s done for the day. Every day I keep hoping the antibiotics will work. Every morning it seems like they will. She has more energy than ever. 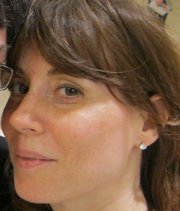 It’s usually at precisely 8:26am. I see the disappointment on her face. She’s just staring ahead. She’s not reading or writing. No yoga today.

“You ok?” I ask every day around the same time.  Hoping for a different answer.

“I’m feeling the collapse.” My heart would sink. Today wouldn’t be the day that the antibiotics would kick in. That the symptoms would start to die down.

And then about ten to twenty minutes later she would not quite walk, not quite crawl, upstairs. She’s done  for the day. She’ll sleep or read in bed for the rest of the day. By ten AM she’ll start to cry. She’ll say, “I’m sorry”, to me, which is ridiculous.

The Lyme affects the brain. So first in the day she gets the chronic fatigue syndrome (apparently the Lyme thickens the blood so it forces the fatigue),and then by ten AM she starts to get depressed and/or anxious and will start crying. She’ll have half-dreams talking to her dead mother who fell out of a window when Claudia was 18.

Last week she was helping me with my book. And she was getting a lot done on edits every morning but by 8am: “I’m sorry,” and she would stumble upstairs unable to walk straight. The Lyme causes joint pain similar to arthritis until you aren’t able to move.

She’s attempted a few times to not go to bed but then she’ll really collapse to the floor with lights flashing before her eyes and, “I feel like something is crawling up and down my back.”

Once she’s in bed, and after the 10am inevitable panic attack, she’ll feel joint pain all over. She feel heart burn and have heart palpitations. Kolonopin calms those down enough so she can sleep.

Then we’d call the doctor, “I don’t know why the antibiotics are not working,” the doctor said, “I have to give up and hand you over to a lyme specialist.”

We go to the lyme specialist, “All of those alternative therapies you are hearing about are garbage.” And he just ups the dosage on the antibiotics. He wanted us to see a neurologist also but we know that’s a “cover your ass” move so we won’t.

One of the doctors took an EKG. The Lyme spread to the heart so she has something called a “left branch bundle block”. Apparently the electric current that goes up the left side of the heart is blocked.

The cardiologist now wants to do all sorts of stress tests or whatever. We aren’t doing it. Every  doctor kicks in with a “cover your ass” mentality so they don’t get sued. We know she has the heart issue because of Lyme. She’s not an obese diabetic 80 year old (the typical demographic that gets an “LBBB”). She gets a little energy between 4pm and 5pm each day. Enough to eat and take the next dose of antibiotics and then she’s done and by 7pm asleep. When she’s asleep her legs flop around the bed. The Lyme causes “restless leg syndrome” when she sleeps.

We got a bunch of books on Lyme. We’ve gotten a lot of helpful emails. We look all over the Internet. There does seem to be a lot of special therapies that have worked for people (rife machines, “the Marshal Protocol”, acupuncture, special detoxes, etc) but by far (100-1) the thing that works most for people is  antibiotics, despite the side effects that antibiotics have. Everybody is different and perhaps the antibiotics won’t work for Claudia but we have to keep trying them because we don’t want the Lyme to get worse. Apparently Lyme is like an onion. It gathers in the body in dense layers and the antibiotics peel one layer after another. But slowly. And if the Lyme gets worse she could get Bell’s Palsy – partial paralysis – which she has felt slightly kick in.

So we have to keep giving the antibiotics a try (although she mixes in the alternative stuff with things like “cat’s claw”, “bee pollen”, “Vitamin B-5”. )

We brought up “the Marshall Protocol” to the lyme specialist. This protocol says you should aggressively eliminate Vitamin D from your system because it fights the antibiotics. The lyme specialist, an MD, looked at us for a few seconds and then said, “Marshall was a PhD. I’m an MD.” And that was that. He then did nothing our own doctor didn’t do but wasted 3 hours of our time (because we drove an hour) doing it.

But we’re trying to limit the Vitamin D anyway. Sometimes we listen to these guys, sometimes we don’t. You always have to use your own judgment with doctors. At this point, I feel like I could be a Lyme doctor. That said, we just don’t have the time or energy to try every alternative therapy. Claudia can’t make it into NYC for instance, where all the alternative guys are. And everyone needs to meet face to face so they can justify charging their full fee.

I hate seeing her at 1% of her usual energy. I told her the other day, only half-jokingly, that I had the best Labor Day weekend ever because of her Lyme disease. All I did was lie in bed and read and write and whenever she had some energy we were able to talk and laugh. We stayed inside all weekend . How great is that? I hate being outside. But really I wish she had been better.

It’s 6:54am. She’s reading a book that I had recommended to her and she’s laughing. Laughing is a good cure for everything. Last night we watched the Comedy Central roast of Charlie Sheen. She laughed at that. The night before, we watched the beginning of the movie “Superbad”, which I’ve seen on 18 other occasions. She laughed at that. We also tried “Wayne’s World” but it wasn’t as funny as I remembered.

Now, it’s 6:56am. In about 90 minutes we’ll see if the collapse kicks in. I hope this is the first day in the past six weeks that it doesn’t.  If the collapse doesn’t happen and her energy spikes up I’m going to have to figure out how to bottle it. 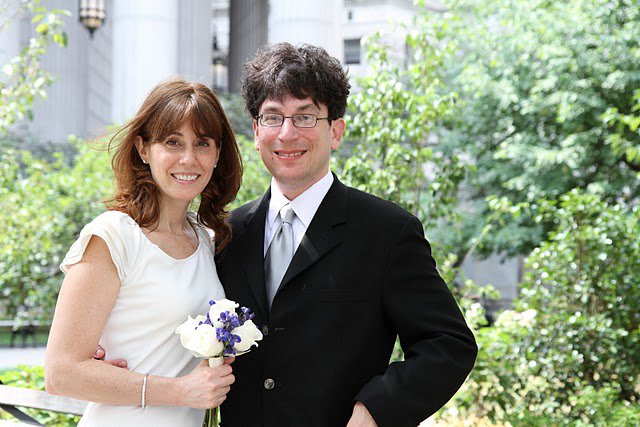