The Commandments of the American Religion 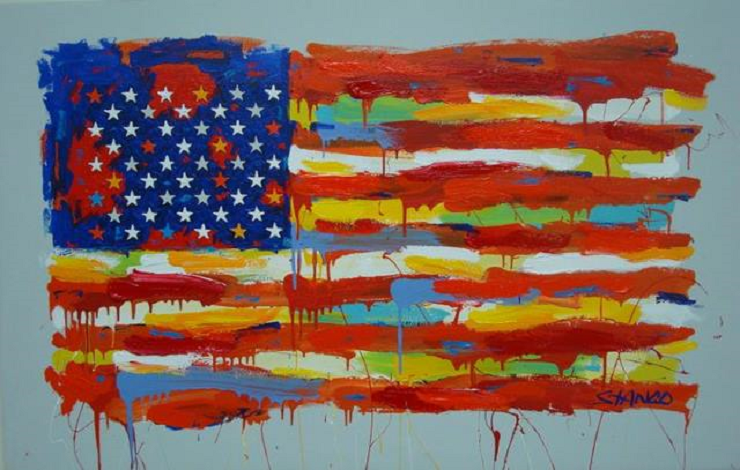 I failed as a father. My 17 year old is going to visit some colleges today.

I would never force anyone to listen to my reasons. But I can say I think she is making a mistake.

We are the average of the five people around us. Be around skilled, compassionate, good, interesting, people who are trying to improve themselves and the world and this in turn will improve you.

The children at college are still stuck trying to escape the horrible “facts” they had to memorize, and then forget, in high school.

And the results of their four year degree? A job that will disappear or be demoted within years, if not seconds, of inception. And that’s if a job is the result.

100% of the people I know have changed careers once, twice, maybe even many times since the age of 23. I, for better or worse, have changed not only jobs but careers over ten times since leaving the ivory soap halls of college.

But along the way, I had to get re-educated completely on the American Religion so I could live a better life for myself. So I could choose to avoid the traps that have been set.

To live a simple life is to live a good life.

Away from the coercions of a corporate master, or a government master, or peer pressure, or death and hostility.

I am often not able to do it. And even in those moments, I have to find and be content in my personal freedom.

But awareness is the solution.

Learning is about questioning. But this idea seemed to have died with Socrates and has been replaced by the rote memorization of facts that people forget the second the test is over.

It’s all in preparation to take a series of standardized tests that the school then takes their averages to show that they deserve funding.

What are these facts? The quadratic formula? Who is Charlemagne (nobody can remember his birthday). World War I? (Nobody can still tell me why the US was in it). And on and on.

Only later, bogged down by debt, no knowledge, no real skills, do we start to notice widening income equality and middle class malaise.

I know that homes are “real.” And that rent is throwing money down the toilet.

I know all the cliches.

But nobody would put all of their money in a highly leveraged illiquid (it’s hard to sell) investment that costs you MORE money every year (taxes, insurance, maintenance) to keep that investment.

Imagine if a stock was like that. You would say, “That’s crazy!” And yet people do it every day with a home despite numerous alternatives to hold onto your money, live well, and put the money to better use.

I have an entire post about it here: It’s Financial Suicide To Own A House

When I see a situation I want to help, I give money and I help the situation.

There are thousands of ways to put money to good use. One way, ironically, is to make more money, innovate on your ideas, and hire people that can then create their own successes in their lives.

Charity itself is a way to outsource our conscience to an organization (mostly) filled by bureaucracy, that only is required to spend a nominal amount on their proposed purpose and the rest is used to pay marketing costs, salaries, and investments.

The role of government is to help people who cannot in any other way help themselves. Money collected through taxes is the mechanism.

Here is what is slavery: using force to take labor from someone without their permission.

Slavery has many disgusting horrible forms all through history. Particularly in pre-industrial days where slavery was directly used for labor.

One time I wrote an article, “Tell me a war that is justified?”

I sincerely want to know. I put it on a very peaceful site. A website devoted to yoga.

I got hundreds of the most vile hate comments, including at least one death threat I had to report (ironically, it came from a student at an ivy league university).

Nobody was able to give me actual justifications of any war. I won’t argue each point here.

I have two daughters. There’s no justification that would ever get me to be happy with either of them going to war. Zero.

I am not even sure I believe in international boundaries, which tend to just encourage fascism, racism, economic regulations that hurt their citizens, and on and on.

When I reminded people they could volunteer right now to join the army to help America with all of it’s military interventions that are currently around the world, all of the comments stopped.

If people have an illness, they go to the doctor.

This seems to be the accepted path to health. But it’s wrong. Medicine was always intended at the extremes.

The important thing is to live a healthy lifestyle so you don’t need to go to extremes.

If you look at the top ten killers in the United States, almost all of them can be delayed or even avoided by a healthier lifestyle.

Instead, we have become a highly drugged society, drudging in and out of doctor’s offices to get our addictive medications refilled (and I have been guilty of this as well) to supply an ever-more bloated “healthcare” system and insurance industry that preys on the fact that people simply don’t want to better themselves and rather want to rely on the extremes.

Medicine is an emergency. Health is a lifestyle.

And, along the way, why do we have an FDA to approve all drugs. Many drugs from the 60s and 70s that ended up causing birth defects all were approved by the FDA.

Meanwhile, two toxic poisons: nicotine and alcohol, are approved by the FDA.

But a drug that could cure cancer requires $2 billion to be approved by the FDA, and five years of tests (making it unlikely to be approved – who knows how many life-saving drugs simply couldn’t’ raise the money to do the tests).

Avoiding the focus on medicine will shed light on the criminal behavior of the FDA.

I know, I know. This is a critical election. Trump is a fascist. Hillary is “sick.” Everyone is a maniac. We have to vote.

I get it. But there are much better uses of my time and energy if I want to change the world, than voting. And the way the system is set up (a republic and not a democracy) my one particular vote has no say anyway.

And yet, if you say you are not voting, people really get upset. But that’s OK, I get why people want to vote. It’s again a way of thinking they are doing something.

But there are ways to do more and better.

The constitution is the bible of democracy:

Every single President since George Washington has disobeyed the Constitution. It’s sort of obvious with the last few but here’s one fact:

The last legally declared war (according to the Constitution) was World War II. How many wars have we been in since then.

They’ve tried to amend the Constitution repeatedly to make up for this but they can’t amend it fast enough.

And then when either conservatives or liberals, want to justify some other unethical behavior they say, “But the Constitution says!” even though they are all perfectly willing to break it as needed.

Al Gore is a billionaire who flies private jets that pollute the skies every day. A lot of his money came from people who care about this tiny insignificant planet.

This planet has had ice ages, warm ages, massive volcanoes, meteor strikes, and will continue to have them for billions of years. These events will wipe most species when they occur. They can occur any day.

Who knows anything? I don’t. Most don’t. When “SuperFreakonomics” came out, questioning a lot of the science, there was a massive backlash.

But they had one interesting solution. If we simply stop eating meat, there will be less massive breeding of cows, fewer cows farting, hence less methane gas polluting the environment. It would solve the whole problem.

But ultimately, people want to believe their own truths. This maybe is the only truth.

To live a good life, I want to not want. To live a simple life where I can explore my interests with as little interference as possible. To love my family and the people around me. That’s it.

We should ask, “Why is this necessary?” on the things we hold dear. instead of saying, “I have to do this or else.”

Maybe that would stop the rising fear that is leading to more and more extremist and insane political candidates.

The phrase “Or else” is scary. I don’t want it.

Learn through questioning, with the mind of a child and yet the experience of an adult, and you recapture the beauty and contentment of a simple life. This is my only hope for myself.