What Is the Correct Way to Live Your Life? 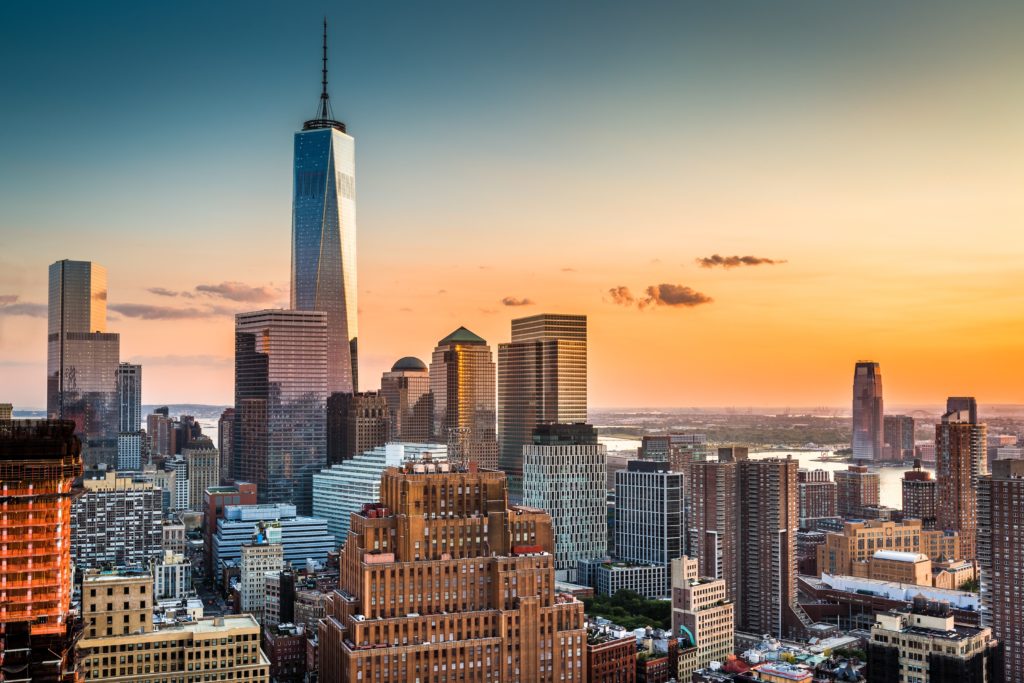 Is it bad I wanted to have sex with my real estate agent?

It was 1999. I had a ton of money for the first time in my life and I wanted to buy an amazing apartment.

Just a year earlier, I had $0. I had college debt. But I was happy with zero. Every day was an adventure.

Then I sold a company. And my troubles began.

Nancy, the real estate agent, would show me huge apartments and it would just be the two of us standing in the apartments, while she convinced me to buy Buy BUY.

What would stop us? I was getting excited. Nobody was there but us. She had the only keys.

She showed me all the apartments where I had previously thought all my life “only rich people live here.”

I was jealous of them. Now I was one of them.

I could live there!

I could live facing Gramercy Park and have a key to the park.

The Tribeca loft was three blocks from the World Trade Center. It had 20-foot ceilings. It was a penthouse and we had the roof.

“Location!” Nancy told me as we stood on the roof.

But I was nervous.

Nancy kept saying about the Tribeca apartment: “Tribeca is moving up! And Manhattan is an island. Prices will never go down.”

I was scared to spend so much money.

I actually asked Nancy, “What if a plane hits the World Trade Center? What if terrorists attacked?”

She said to me, and I will never forget it:

“James, you can’t live your life that way.”

Two years later I was eating at Dean & Deluca on the first floor of the World Trade Center with my business partner Dan.

Then we started walking to my home office in my new Tribeca loft.

I had bought it and built it from scratch. It took a year to build.

I built a two story bookcase with a ladder to reach the top layers of books. I built a gym. Two offices.

We were walking home on Church Street after that breakfast. Like we always did.

Dan said to me, “Is the president coming into town?”

He pointed at a plane that seemed to be coming in low and fast. “Is that Air Force One?”

Everyone on the street ducked! Even though it was 500 feet high we could feel the air swoosh above us.

We watched the plane fly right into the World Trade Center. BOOM!

For a few seconds you could see a tail sticking out of the building. A sight that was not seen on TV later.

That tail, the last part of the plane to melt, only existed a few seconds longer.

The building looked jagged right where the plane hit. Like a baby with scissors erratically cutting through a piece of paper.

As opposed to everyone who watched it later on TV, we had just seen a plane crash with our own eyes.

I was in immediate denial. Even though it was 8:45 a.m. I said right away, “Nobody died. It’s too early for anyone to be in the building.”

Dan was yelling. “What about the plane? We’re under attack!”

I said, “The plane was on remote control. Nobody was probably in it.”

Sometimes your mind has no ability to process what you saw so you make stuff up.

I made stuff up.

We watched as little birds flapped in odd ways, like bats, as they escaped off the top of the World Trade Center where they had been perched, smoke billowing around them.

Only later did we find out they were humans jumping off.

Fast forward. An hour? Two hours? I was standing on the roof of my apartment.

During the few months prior to this, I was very busy going broke. It takes a lot of work to spend and lose $1 million a week but I had a certain talent.

I was scared. Was the world over? The second plane had crashed. Then the Pentagon. The world was afraid at this point.

Dan and I had gone to the fire department and said, “Can we help?” And they said, “Here, get in these fire suits!”

We said, “We’re not firemen but can we help anyway?”

They said, “No! Only firemen.”

Every one from that fire station was dead within the next hour.

We went home. Many people came to the apartment and when the electricity and TV went off I climbed up to the roof to see what was going on.

There was a huge rumbling. Like a roar from a god coming to warn us.

The building was shaking. I didn’t know then if our building was crumbling but I was riveted to what I was watching.

The World Trade Center was collapsing in front of me. It just simply turned into a ball of black dust that started off in heaven and collapsed to the ground.

Then, everything still shaking, the black dust headed straight towards my building.

I went downstairs. My daughter had peed on the floor. Everyone was crying. The black dust surrounded the apartment.

We stayed up all night taking turns listening to the radio to see what other buildings near us were collapsing.

I confess, with the World Trade Center collapsing, killing thousands, I was obsessed with the value of my apartment collapsing.

It’s all over for me, I thought. I should have lived my life that way.

You can’t control where your mind would go: We’re never going to sell this huge, stupid, apartment. This excess that I never needed, never would want again.

I couldn’t help it. Now I was officially broke after working so hard for so many years. What a foolish man!

I wasn’t a hero. Or a good person. I was just pathetic and lost.

“James, you can’t live your life that way,” Nancy had told me two years earlier.

What if you’re paranoid and mostly right? Maybe you SHOULD live your life that way.

Or should you live your life with optimism and faith and courage?

Assume that, no matter what happens, you will figure out how to make things work out for the best.

It almost seems like a joke to me now that Nancy said that then.

We ended up losing everything on the house. And whoever lives in it now has made an enormous amount of money.

I wished then I had lived my life “that way.” I begged any god that would listen to please please turn back the clock so I could live life that way.

Lived a simple life. A small life. A predictable life. A life without challenge. A life in the comfort zone.

Now… so many stories later… I am not so sure.