The Most Damaging Fake News of All Time 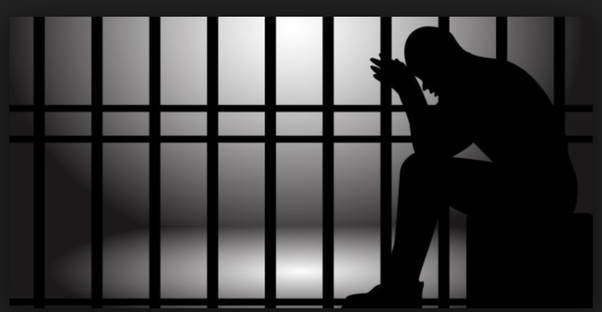 I grew up in my own prison. The bars were all the beliefs handed to me by society, my parents, my friends, my teachers, my bosses, my loved ones.

I’m not free of the prison. I suspect it’s impossible.

And some days, we can actually open them. We can run free. We can escape until we are caught again.

And I am always caught again.

Here are examples of the most damaging fake news in history:

A) A college education will lead to a good job and success.

B) Home ownership in the U.S. is a good investment. (Corollary fake news: renting is “throwing money down the toilet”.)

C) The FDA (in the U.S.) makes the world safer by regulating prescription drugs.

D) War can somehow be justified. (Name a single war in history that was worth it.)

E) Democracy is better than any other system. (It often is, but not always, and blind trust in it can lead to fascism.)

F) Zero Presidents of the U.S. were corrupt. (12 Presidents had slaves, for instance.)

H) Smart people don’t judge books by their covers (or people by their looks).

I) People should vote if they want to have a voice in society.

J) Marriage is something more than a government contract.

K) 401ks are a valid way to save for retirement.

L) Political parties. (Most parties have 40–50 “beliefs” in their platform. Most people will believe some from one party and other beliefs from other parties. There’s no party that represents all beliefs of a group of people, so elections become popularity contests.)

M) Media is the fourth branch of government. (This implies they are an unbiased informed way to “check” biases in the other branches.)

N) Reading news makes you informed. (Corollary of above.)

O) Google is not a division of the intelligence arm of the U.S. government.

P) The U.S. (and every country) doesn’t interfere in the elections of every other country.

Q) We have free will. (In which case, why are companies putting 65,000 advertisements a day in front of our brains?)

R) Terrorism is a threat. (In the past decade, for every one person that has died from terrorism, 1,049 people were killed by guns. And, a guess, 10,000 people from suicide.)

Terrorism is only a strategy when an organization or state has no other resources to fight a war.

S) There is such a thing as “purpose” in life. For 200,000 years the only purpose was avoiding lions and having kids. Now for the past 20 years, people want to know their “purpose”.

U) Dreaming big leads to happiness. (Corollary: having “big goals” leads to success.)

V) AI will lead to a computer becoming “awake”.

I wish I could get to “Z” but I’m running out. Feel free to add more in the comments.

Or ask questions about any of the above and I’m happy to respond.

Our lives are currently ruled by fake news and most of us just choose which fake news to believe in and which to call “fake”.