What are some of the dark lessons that life showed you? 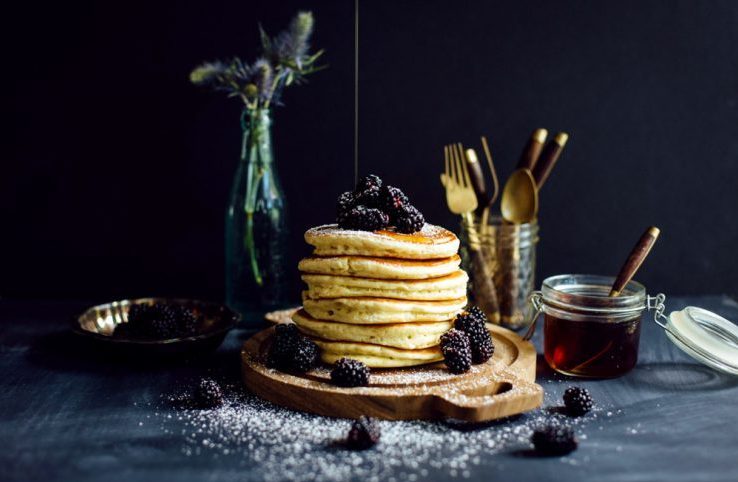 I can picture it right now: my youngest daughter will one day breathe her last breath. She will be buried. And then she will be forgotten.

Or the seas will rise up and claim us all. Or most of the people I know are mentally ill criminals.

Or…I want pancakes. I want them right now. I’d kill for them.

Your children will die.

But one day they will look up and see a light, maybe some loved ones if they are in the lucky few, and they will exhale and never inhale. And then their body will defecate as their eyes close forever.

Pancakes are bad for you.

They are buttery, sugary, fried. They will cause obesity, cancer, dementia, diabetes. They are the best tasting food in the world to me. They get into your body and feed the cancer cells and cause plaque in the brain and they harden your arteries and will slowly strangle you to death.

I love pancakes. And pasta. And cake. But the good thing is: when you eat these things, bacteria builds in your gut that craves them. CRAVES them. If you stop eating them for a few weeks, the bacteria die and you build new bacteria with new cravings. So if you can survive through that several week period and build the new bacteria, you’ll still want pancakes but it will be less.

We are prisoners of evolution.

200,000 years ago our ancestors would feel anxiety if they were worried about going hungry or worried about predators. We inherit the cortisol that would trigger that anxiety in their brain. But now I feel anxiety all the time: over money, relationships, a bad phone call, someone bumping into me in the street, not enough “likes” in social media.

I can say, “I’m going to develop strategies to deal with anxiety”. And sometimes they work! But often they don’t. It’s the price we pay to mammals from millions of years ago that allows us to live right now.

But the best strategy to deal with anxiety is just awareness of this dark truth.

For instance, if I wake up anxious at 3 in the morning I say to myself, “this might be irrational so I am going to schedule an appointment to talk to myself about this issue at 3 in the AFTERNOON.” Usually by then the anxiety has faded. Awareness is power.

Maybe this is just true about me. But every goal I’ve ever had in my life, didn’t happen. I’m not an astronaut, or a professor, or a psychologist, or married to the first ten girls I fell in love with, or a professional chess player, or a writer of movies, or a standup comedian, or a billionaire. This is why I now live by “themes” rather than “goals”. I write every day. I try to be creative every day. I play every day. I DO every day and let the results take care of themselves.

100% of people are irrational.

We are all fueled by cognitive biases that were hard-coded into the brain millions of years ago.

I did a test the other day. I am apolitical. There are a few issues I feel strongly about. Like…I don’t want war. I think sending 18 year old to kill other 18 year olds is despicable.

And I believe that every woman and man has the right to as much freedom as possible their lives without hurting others.

But I did a test: I asked a 1000 or so people: “What would have to happen to the US in four years for you to look back and say, “Hmm, I’m surprised but the President did a better job than I thought.”

Why does this prove people are irrational? It was a simple question. And the answer provides a good checklist about the kind of decisions one might make in four years.

But everyone just stuck with their biases. Including me,

What does this mean?

Don’t argue with people. Once you engage in the volley with people, you can’t get out. Better to be creative and improve yourself. You’re the example that can create light. Don’t try to talk people into the light. Be the light.

We’re slaves to the constant wants and desires and pleasures that have enraptured us since birth.

If someone insults me and I want to curry their favor, I am slave to their moods. If I have a big house and a mortgage and I’m worried I can’t pay it, I’m slave to the house, to the bank, to the government, to my boss who I am dependent on employing me.

If my spouse cheats on me (or even if I am afraid she will), I am slave to her, to my jealousies, to my insecurities, to all future loves that I will take this bitterness into.

I am slave to a 1000 things in my life. One by one I hope to deal with them. First, to become aware of them. Second, to imagine how I will survive a worst case scenario. Third, to become the sort of person that my worst fears won’t entrap me even if they happen. Fourth, to learn that freedom of mind and heart can happen and not care about the external world as much.

And I don’t want to make light of actual human slavery that has occurred so recently in our despicable history (dark truth: humans have never been a nice species). But the reality is: I’m a slave now to so many things and it’s a daily challenge to find freedom in my life.

It’s not so great to be alive.

Humans wake up and right away we have to eat, we have to go to the bathroom, we have to clean ourselves, we have to go out in the cold, we often have to work hard for decades just to survive, we are disappointed by most other people and most of the things we work on.

And then at some point we get a sickness that doesn’t go away and it lingers and eats us up and then we disappear and die. And it takes maybe one year or ten or but sooner or later everyone that ever existed has completely forgotten about us.

Recognizing this helps me to enjoy the smaller things in life:

There’s a reason people take drugs (heroin, pot, LSD, ecstasy, etc). They help vaccinate against the pain of being alive.

How do I know drugs feel good? Because you can see how many people are willing to ruin their entire lives and the lives of the people around them for the sake of drugs.

(addicts before and after. Drugs must be so good people are willing to do this to their lives).

Our brain is made up of natural drugs: endorphins (“endogenous morphine” – a natural opiate), dopamine, serotonin, oxytocin, etc.

Since those happy neurochemicals get digested so quickly, artificial drugs are way to AMP up those same feelings in artificial ways.

And if you take enough artificial drugs, then the brain is fooled into thinking it has more than an enough supply of dopamine (via cocaine) or endorphins (via heroin), etc so it stops producing them and now you need more drugs.

Knowing this allows me to do things that help regulate and even maximize the happy chemicals in my brain through nutrition, sleep, creativity, exercise, helping people, etc.

We are one of among 10 million, give or take, species on the planet. Just one.

And even among hominids, we’ve only been around 200,000 years (homo erectus was around 1.5 million years).

Climate change is going to happen. Whether it’s man-made or not. Half of the United States used to be underwater in what is now the Gulf of Mexico. The Grand Canyon was a big iceberg. Yellowstone national park is the site of one of the biggest volcanoes on the planet and is already very late on it’s average explosion of every 20,000 years.

We’re going to die. There’s nothing to stop it. There’s no protecting future generations. Fleeing to Mars won’t help. Science won’t stop Yellowstone. And even if some of climate change is man-made, most of it isn’t, as evidenced by the severe climate changes the Earth has suffered through the years.

To think we are special has led to countless religious wars, political wars, economic wars, nightmares among children worried about all the ways the species can end.

This doesn’t mean be hedonists on the planet. But it also doesn’t mean try to delay the inevitable because, basically, it’s inevitable and will probably happen in ways we don’t expect.

Most people are criminals.

I’ve started or invested in or been an advisor to over 50+ companies. Maybe much more. I forget now.

I would say 95% of the people I’ve dealt with are blatant criminals. They break the law. They lie. They steal what they can get away with. They are no good.

Most people will lie to me. Most people that seem nice are talking behind my back.

Is the paranoia? Of course. I’m as mentally ill as the next person. But the reality is: I’ve seen it. I’ve seen people lie, cheat, steal, to get what they want.

My solution: limit the number of people I deal with that could effect me in any kind of permanent way. I always assume the best of people but I don’t trust them with my life. I trust that with my kindness, then perhaps it could be a little infectious. But I don’t place much hope in that.

These are some dark truths. Maybe there are more. But it doesn’t matter. Why bother thinking about them. Is it so much fun for me to imagine the moment by youngest child will die?

Better to focus on today.

But there are some things that you can give that will suddenly create more for you magically. Like the magic bottle that the more you drink, the more water there is in it.

One thing that solves every dark truth.

When in doubt, say “thank you”.