What Is The Difference Between Comedians And Other People? (and how this difference saved me)… 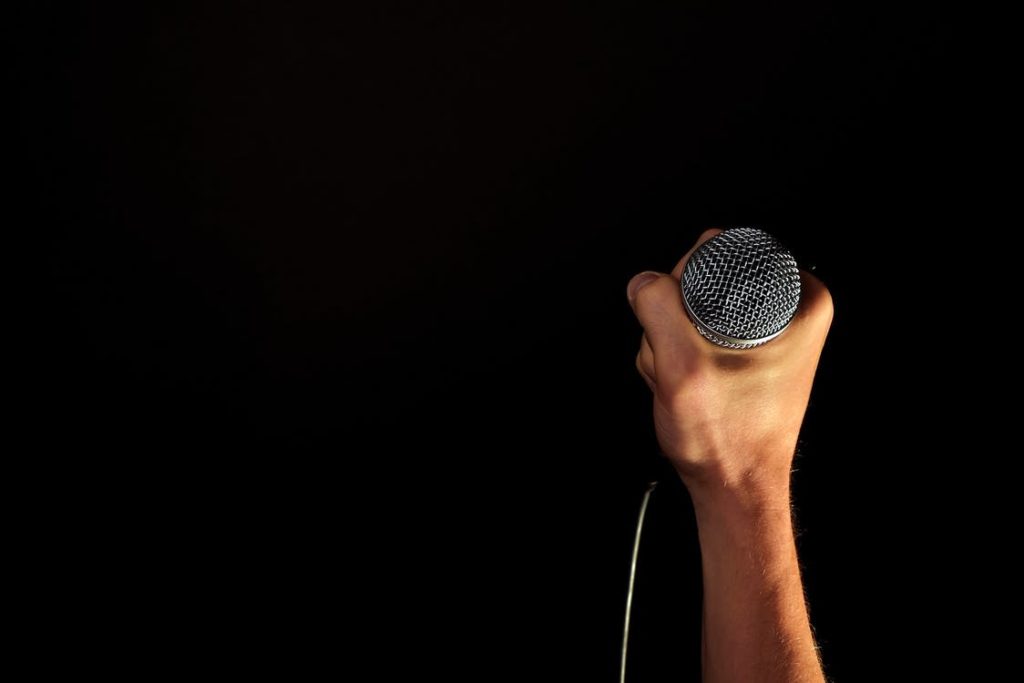 Once again I was so nervous before a talk that I forgot to prepare. I kept thinking it would “come to me” but it never did.

“Bulletproof Coffee” was a sponsor of the “Thrive Conference” I was speaking at so I kept taking shots of Dave Asprey ‘s super-coffee. I drank ten cups of coffee in five minutes.

Then I had to run to the bathroom back and forth for the final hour before my talk. People would stop me when I was RUNNING to the bathroom, “What’s the title of your talk?” I had no idea! I have to go!

And then I thought of something I learned the other day on my own podcast.

I learned the difference between a comedian and a non-comedian.

The podcast was with Jon Macks, the man who wrote 500,000 jokes for Jay Leno over a 22 year period, who wrote the jokes for Billy Crystal’s Oscar performances and many more.

[ You can listen to my full interview with Jon Macks here: The Gut Decision That Lasts A Lifetime ]

I learned many things from talking to Jon. But first I was dying to know one thing.

Is a comedian different from other people?

“A comedian will go into EVERY situation and always look for what’s wrong.”

I want to be happy. All the time. And this often leads to that gut sick feeling and tears. Bad things happen = “bad happy.”

Demanding happiness is often the perfect prescription for unhappiness.

Louis CK has joke: on a plane he was on several years ago they announced they were just starting to provide WiFi on the plane.

Everyone was excited but then five minutes in they announced it wasn’t working.

The guy next to Louis CK said, “This is bullshit!”

Louis CK’s beginning of the joke was, “How can you be upset about something you didn’t even know existed five minutes ago?”

The other man was just trying to be happy. Yay! WiFi!

Louis CK looked at the bigger picture: “You’re sitting in a chair, flying in SPACE, like a GREEK GOD.”

Louis CK noticed what was wrong (the complaint) and re-framed into a more accurate description of what was happening.

But here’s what’s most interesting:

I watched an interview Louis CK gave years later, breaking down this one joke.

Often the comedian is the observer. Not the subject. This way we find it easier to relate. But even when he confessed this in the interview I found it funny.

His process is also funny. Process is just as much “art” as the final product.

And now I was crying I was so scared to be talking in front of 600 other people. And so many other smart speakers. How could I compete! (Because it’s secretly all about competition).

I called AJ Jacobs, the current world’s expert on genealogy.

He told me something interesting. The exact family relationship (ultimately, by marriage) between me and Donald Trump. BOOM! Something to start with.

Then I was in front of the audience. Speaking. The full twenty steps on the family tree that links me to Donald Trump. Some chuckling.

I explained what was wrong with it. The specific difference between Donald Trump’s “locker room talk” and mine.

Mine was embarrassing and humiliating and self-deprecating: basically involving my “boys” making fun of a “smooth and tiny” part of my body.

Then everyone was laughing. And for the next 50 minutes they continued to laugh. I kept pointing out the things wrong with entrepreneurship, self-help, my own life, and my feeble and occasionally worthwhile steps to make them better.

The best transmission of information is on the bridge of laughter.

Thanks Jon Macks and Louis CK and Dave Asprey and AJ Jacobs and Donald Trump. I’m not a comedian. But at least people I can get people to laugh at me.

I’m not a comedian. But things are often terribly wrong. For some reason, that makes me feel super alive.