Do You Have To Be Dishonest To Succeed? 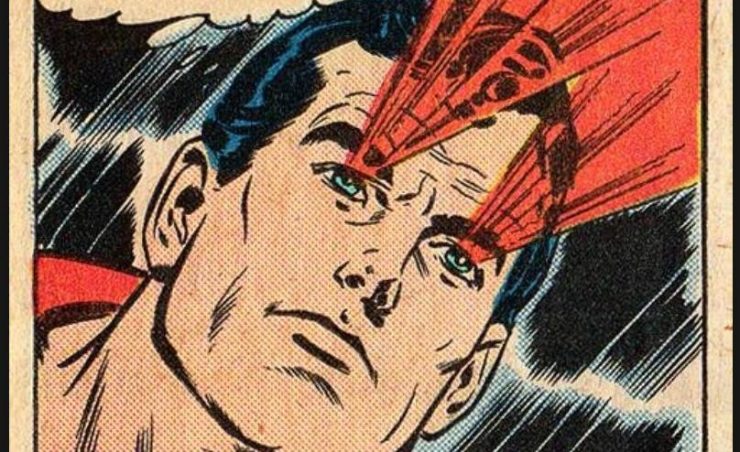 I bought two Lululemon shirts and a Lululemon jacket. I wear them everywhere and never really wash.

Like I leave my apartment in the morning, dressed in Lululemon, and I feel like I’m supposed to immediately start jogging. Sometimes, I even feel like I already jogged. I feel healthy.

I don’t jog of course. I hate running. I hate the gym. I hate the sun. And sometimes I see people jogging with their dog. I hate those people.

I picture Hitler jogging with his dog. He had a purebred German shepherd named Blondi. Blondi loved Hitler. If someone names their dog Blondi, they are probably a Nazi.

I go to a cafe in my Lululemon outfit and have Avocado Toast for $19.

Fake it till you make it.

But sometimes life is better if you just fake it.

One time I was giving advice to my 11 year old.

I told her, “there’s no painless way to kill yourself.”

She thought about it and said, “What about with a gun?”

I said, “I had a friend [true story] who put a gun in his mouth, aimed upward (the Ernest Hemingway technique), and fired.

“He blew out his eyes and one of his ears and was paralyzed.”

“It’s not all bad. He ended up marrying his nurse,” I told her.

Then I gave her the real advice.

“But that sounds like a cliche. To get hurt like that and then marrying your nurse. It sounds fake even saying it even though I know this is true. If you become a writer, don’t ever write that.”

I’m encouraging her to be a writer.

I have an idea for a TV show that I know will work.

And I’m not afraid to share it because I think I’m the only one who can properly do this.

You can try it if you want, and you don’t have to give me credit. If you do a good job, I’m proud of you.

For each person, I give them a different strategy to make money.

I bring in “celebrity coaches” (guests from my podcast ranging from Richard Branson to Ariana Huffington to, of course, Coolio).

I make them all millionaires within a year.

The show is, “I Will Make You a Millionaire”.

One TV production company made a deal with me to do it but I think I owe them a call and they want to make a sizzle reel. Eventually they stopped sending me emails when I never returned their calls.

One time a casting company for FOX called and sort of auditioned me off a Skype video. I pitched them this idea.

I think I didn’t do so well on the video. They never called me back.

People say “Ideas are a dime a dozen, execution is everything.”

But what if I don’t feel like doing anything? Them my ideas are all I have.

I have an idea for a comic book.

I know this is not racist because every superhero that is African-American is called “Black something”. Like “Black Panther” or “Black Lightning” or “Black Vulcan” are well known superheroes.

And why does “The Black Panther” have to identify himself as “Black” when his entire country is Black and his country is in Africa, which is 90% black.

If this was the real world, he would’ve just called himself “Panther”. Is there a “White Panther”? Or “White Captain America” (and, yes, there is a “Black Captain America”).

As a sidenote, my daughter and I watched “Black Panther” last night. It wasn’t great but it wasn’t bad. It was funny.

And I tried to imitate Chadwick Boseman’s cool swagger all evening (watch it. He is COOL) while my daughter was shouting, “Dad, please stop.”

Everyone said, “this movie is really empowering.”

Are you kidding me? “Yeah, it’s the first time a mostly black cast is a hit!”

Ok, people say, but having a black super hero is empowering.

Listen: the Black Panther has been a Marvel comic book hero since the 60s. Making a movie doesn’t somehow give birth to a real person from a comic book pregnancy.

And here’s the real point that ultimately waters down the whole “it’s great the Black Panther hero is so empowering to the African American community” thing:

The Black Panthers were a real group in the 1960s that were against police brutality (the original #BlackLivesMatter). They sometimes advocated violence to fight violence.

White people in the 60s were afraid of The Black Panthers.

Middle America had to be protected against the revolutionary ideas of the 60s.

Oh, he’s black! And he gets pleasure beating people up in a skintight PVC-style suit made out of “vibranium”! But it’s ok. It’s not sexual. He’s here to help us!

And Wakanda is not real!

In fact, in the movie, Wakanda has been historically very anti-African. They pretend to be poor farmers so they don’t have to share their riches with their African country neighbors.

Anyway, back to my even better comic book idea:

Black Man is shot out of his dying planet. Lands in Harlem.

But Harlem is not “white Harlem”. If you to go to 140th and St. Nick you can now grab a coffee at Starbucks where everyone is using WiFi writing their novels and then you grab a $300 dinner at your favorite French bistro next door.

So let’s pretend that Harlem is still “gang Harlem”.

Black Man, as a baby, is found by a crack dealing pimp and his favorite prostitute. (cliche but that’s ok with comic books).

They raise Black Man because they figure when he is six years old he’d be an excellent “mule” (drug runner) because the cops would never suspect a kid.

But he realizes he has all sorts of super powers. He’s struggling with his political identity and how he can use those powers to help people or…to hurt people.

So he becomes the city’s district attorney as his secret identity.

A lot of people waste energy arguing about politics.

If you have a job and are posting angry Facebook messages from your air-conditioned suburban home accusing your friends from childhood of being, “Like Hitler” because of their political beliefs then that strikes me as a bad use of time.

But, hey, who am I to judge? Judge, jury, and executioner.

I was talking to Ken Langone yesterday. He started Home Depot, which employee 400,000 people.

And has given almost a billion dollars in charity for medical research (example: The NYU Lagone Health Centers are among the best hospitals in the country).

We spoke for quite a bit. I learned a lot about business and success. I feel blessed to learn like this. But, for the moment, let’s stick to politics from my air-conditioned cafe with my free WiFi.

He said, “At least with Trump, we signal to people that you don’t have to be a career politician who never really did anything in life to become President.” He didn’t say he was pro or anti. He was just making a point.

In other words, maybe Jeff Bezos should be president. Or Howard Schultz. Or Meg Whitman. Or Sara Blakely.

Why do we always think they have to be a Senator or come from a political dynasty like the Kennedys?

Why can’t I run? Against you.

I’d be a better President than slave owners George Washington and Thomas Jefferson. Or war-mongers like every President since…ever.

II actually can’t think which prior President would be a better President than me.

It’s not bragging if it’s true.

I told Ken Langone I don’t let anyone come on the podcast if I even REMOTELY suspect they ever cheated on their wife or husband. Even a billionaire who’s donated billions to charity.

He looked at me and said, “Good for you.”

Business is not about money. It’s not even about having the best product.

It’s about treating people well, thinking about their interests first (so they want to pay you), and being honest.

This is not just a theory. It took 25 years of investing in, starting in, and analyzing maybe thousands of businesses.

Ken said, “People say wealthy people have to be dishonest because it’s a way these critics can have status over people who are more successful.”

My friend got cured from cancer at one of the medical centers Langone funded.

One time I asked my then-11 year old where she wanted to go for summer vacation.

I told her, “You realize you have to die to go to Heaven. That’s the only way to get to Heaven.

“So what you just told me is you want to die for your summer vacation.”

She held my hand then and we walked by the river. Watching ducks. Ducks are monogamous.

The headline: “Man Persists in Business for 40 Years, Surviving Failure after Failure and Ultimately Dying Broke” has occurred zero times.

The idea that “persistence leads to success” is an example of “selection bias”.

We only read about the one in a thousand people who failed all the time and finally found success. The rest of the people keep trying and trying and failing.

“Locked in” means the stroke paralyzed his entire body but he was still able to think. I was glad when he finally died. And went to Heaven.

The reason I do my podcast is to study how people who are the best in the world, actually used persistence to get better.

But still, there might be a lot of people who kept getting better and still failed.

Who cares? If they are “getting better” in some way then that will lead to a good life.

It’s happened with me starting from a time where I was just so miserable I would’ve loved to survive a suicide attempt just so I could try to kill myself again.

It’s hard to get better every day when up against reality. Real life is hard and repulsive.

And now we have to do the “bro hug”. It was hard enough for me to shake hands with people.

Now I go to shake hands with a guy and the next thing you know they are bringing it in for a hug. And sometimes a kiss. (And, last week, I even had a bro-hug double kiss).

If I am going in to shake a hand and the guy is much bigger than me (like podcast guest, Kareem Abdul Jabbar) and starts to go in for a bro hug, I get awkward and somehow I always end up kissing their elbow.

Can we all “stand down” for a second and decide on just the “fist bump” if we have to actually touch each other.

In any case, two things:

Focus on getting better and not “success”. Today we can’t magically succeed. But we can get better.

My mother never hugged me.

Favorite learning of the day: Seeing is better than Hearing.

But I want to SEE it.

P.S. what’s a better title for this article?