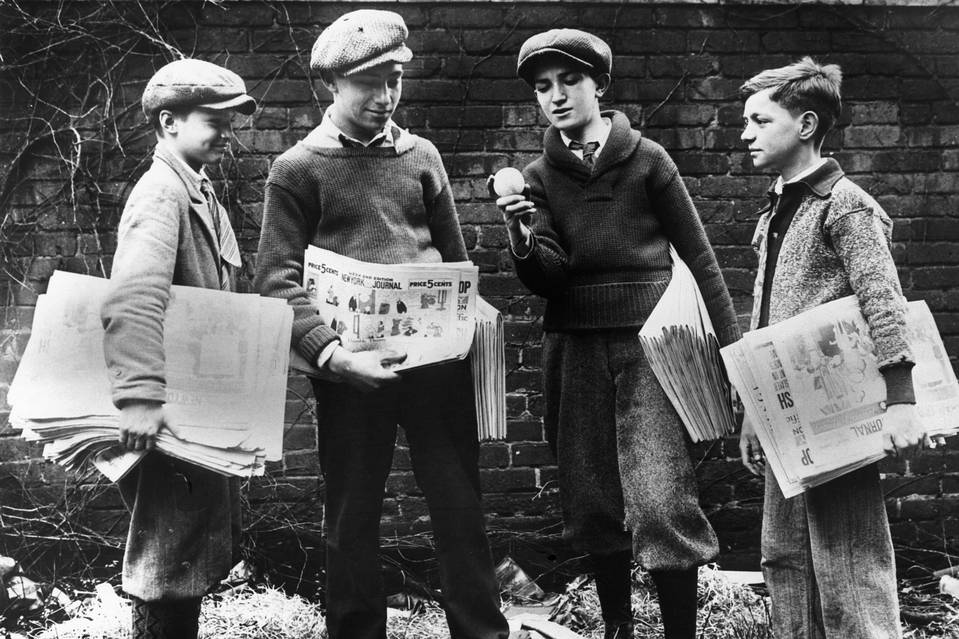 Nothing felt more low than when my father died. I can’t even imagine feeling that feeling again. He died over ten years ago now.

I guess I’m over it. I guess people who are old and tired and stressed and afraid, eventually die.

But I was really sad then. And there was no recovery from it.

He was going to die and I knew it.

Statistically, I’m immortal. I’ve lived for about 18,000 days. What are the odds that my death is tomorrow or the next?

With those kind of odds, I think I’m going to live forever.

But my dad didn’t have such good odds. He was stressed. He was overweight. He was a bit of a drinker. And he was in the middle of an argument about money.

In the middle of that argument, he had a stroke.

And for the next two years afterwards he stared at the ceiling with his open eyes. He got bed sores. He got pneumonia. He got heart attacks. Then he died.

So, fair to say, the odds were very much against him. I swore to myself: don’t argue about money. The stress and death are not worth it.

One time I asked out a girl on my paper route. Beth Mosesman. I don’t mind saying her real name. It was easy for me to fall in love when I was 16 and I loved her.

On Saturdays I collected the money. One guy gave me a $20 bill instead of a $5 bill, which was his usual tip.

I bicycled home and told my dad, “I got an extra $15! This guy gave me too much money!”

“Get in the car,” he said. And I was devastated because I knew the deal that was about to go down.

I wanted the money. But even more than that, I wanted to not be humiliated.

We drove to the house of the over-tipper. My dad waited in the car. He told me what to do.

I walked up to the door, knocked on it. The son came to the door. I knew him from school. “Can I see your dad?” The son looked confused, got his dad.

He looked confused also. He took the $20 bill but he didn’t have any clue why I would bring it back.

“Ok,” he said. “Thanks.” And shut the door. I was so embarrassed. I felt like I had robbed him, he knew, and now every silence in the air was punishing me for it.

I forget what my dad said then. It wasn’t a wise quote that I can repeat here. I can’t remember at all.

I felt horrible. I felt embarrassed. I don’t think I “felt” honest because I’m not sure that’s an emotion.

But I was honest that afternoon. And I hope I still am.

As my friend Jim Kwik says, “How you do anything is how you do everything.”

As far as I know, my dad never gave to any charity.

But he told me this once. “The best thing you can ever do is to give anonymously.”

I don’t know if he ever did it. Give anonymously. I don’t think he actually ever did it. Which would make for a better story.

If you want to give anonymously, here’s what I recommend.

a. Look for a “mission”. Someone to help. Maybe a friend. A colleague you overhear needing help in some way. Two people you can connect. A favor you can run. Anything.

b. Work really hard at figuring out how to do it anonymously.

I don’t know what else to tell you. It’s hard to find a MISSION and to DO IT.

My dad was so optimistic I thought he was a bit low IQ. A bit stupid. When he went broke (I inherited his stunning ability to go broke) he was still optimistic.

“I’m going to sue them and make it back,” he’d say for a whole year.

Not in an angry way. In a hopeful way. He convinced me he was going to make it back.

“I’m going to start a new company,” he’d say for another two years. And he had a vague idea he could never explain but he spoke to everyone about it.

“I’m going to be a real estate agent,” he said. And he was. But sometimes the agency wouldn’t pay him.

I had never seen him raise his voice my entire life. But apparently, he was raising his voice and yelling at his boss in the real estate agency when he had his stroke.

His last words were in the ride to the hospital with my mom. I think these were his last words. He said his head hurt “really, really bad”. And then for two years he couldn’t speak until he died.

I learned about his optimism in another way.

When I was young he would destroy me at chess. But then I got better. And I saw how he played. How truly stupid his optimism was.

But as I got better I was able to defend against his attacks. And eventually, each game, I’d start winning.

He would never realize when the tide had turned. When his attacks had worn out. And so I’d creep up on him and win, knowing that he would never stop attacking.

He’d scratch his head, “How’d I lose that? I had such a strong attack.”

Because what better pleasure is there than defeating your stupid parent at the game they love the most.

So I did. And it worked. The CEO said, “This is the future. Go for it.” And that one moment changed my life.

Because of his optimism I’ve never said to myself, “You CAN’T do that.” Which is the mantra for so many people.

But I can do it. I can do anything I want.

One time I had to write an essay but I didn’t know where to start or what to write about. I’d stare at the paper and couldn’t even think how to start.

“Here,” he said, “Read this.” It was Thomas Mann’s “Magic Mountain”. I can’t remember a single word of that awful book.

But then I wrote the essay and got an A on it in my English class. The teacher read it out loud to the class.

Another time, when I was in college, I had to write a paper for Sociology 101. I was stuck. I had no clue.

“Here,” he said, “Read this.” And he gave me an essay he had been reading in an academic journal about sociology.

I can’t remember the essay I read. And I have no idea why he was reading an academic journal.

But I read the essay. Then it was like the floodgates opened and I wrote mine. I got an A+ on it.

Now, whenever I write, I read first. I get inspired. And then I write. I do this every single day. I’ve been doing this since 1989.

He taught me how to get inspired. How to get motivated. Getting motivated turns on the ignition and shows you the directions. Then you can drive.

When he had a stroke, it was really sad for me. For reasons I’ve probably described a billion times elsewhere, I hadn’t spoken to him in the prior six months before his stroke.

Then I got a call from my sister. “Come to the hospital.”

I went to sleep after my sister called because I knew it would be a big day the next day. Visiting him. Seeing my family sad. Trying to figure out if he would be okay. He was never ok again. He never spoke again.

When I was lying in bed I felt so sad. Like a black hole that no light could escape.

I was just talking to a friend who told me, the more pain you can feel then… the more compassion you are capable of feeling. And it goes the other way also.

I said, That’s good! I’m going to steal that. The relationship between compassion and pain.

She said, It’s yours!

There’s no need to avoid sadness. To think you should only accept happiness. This is the false promise of self-help.

Living one without the other is only living a half life.

One time my dad had surgery. I was eight years old. He needed to sleep and I made enough noise to wake him up.

He had me stand in the middle of the room. He told me to stand still. He told my mom to walk over and hit me in the face. She did.

Then I went to my room for the rest of the day.

I felt (and still feel) I deserved to be hit because I had made too much noise for him and hurt his recovery from surgery.

But … I don’t know, it’s hard to know what is right and what is wrong outside of your family. Your parents are so large and you’re so small when you are young.

When I went broke the first time, I called him. I was crying really hard. “I ruined everything,” I kept saying. I was so scared. And nothing was going right for me.

And he was right. They did.