Do You Have Your Plan B? 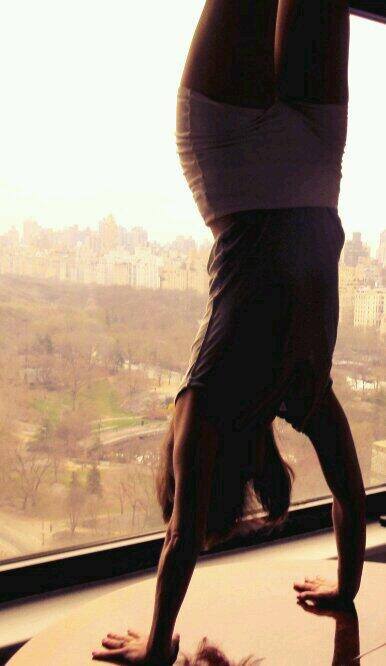 A friend of mine was a professional Madam. She lived on my floor at the Chelsea Hotel.

Beautiful women would come in and out of her apartment. For some reason, she also had a valet, who worked for her for free because he was obsessed with her.

The police finally caught her. She had many high-profile clients – businessmen, movie directors, police.

She had an arrangement with the florist down the street who would take credit cards for her in exchange for 20%.

She used to be a regular on Howard Stern where she would brag about what she did but she felt fearless and that the law would never catch her because of who her clients were.

She was a lesbian and all the women who worked for her were lesbians. She didn’t want them to have any emotional attachments to the men. Before she would hire a new prostitute she would “try out” the woman herself.

When she was caught, she was eventually acquitted but she paid a $2 million fine. Then she moved to Florida and started a clothing store. Clearly she had saved much more money than the $2 million.

When you work a standard desk job you never have to worry about being caught. Life will be calm…life will be quiet…until maybe one day it turns upside down.

At some point we all get “caught”. The system will change. A boss will get upset. A company will get downsized. A loved one will die.

What happens next is what determines how we survive and live for the rest of our lives. This is the task we are given when we are born.

We were alone then. We are alone now. Not in a bad way. Just reality.

My friend didn’t have a standard desk job. Her job was much riskier, much more filled with chances and excitement and fear. So she got paid more for this risk, had her ups and downs, how a Plan B, and now owns her own store…until her next adventure.

And then what will he do? What is Plan B?

Another friend of mine drives a black SUV and started his own private limousine company. On Friday and Saturdays he drives 17 or 18 hours a day. “I make anywhere from $500 a week to $5000 a week, depending on how much I drive.”

He also designed his own fashion line, has 100,000 instagram followers and is starting to get noticed at conventions where new designers display their fashions.

“I think in two or three years I will switch full time to the fashion business but we’ll see. I learn more every day. I’m always meeting people.”

Before this, he was a network technician. His clients loved him and he knew how to fix technical problems. But his boss didn’t like him.

“I don’t know what I did wrong.” he told me. “But one day he called me and told me not to come into work the next day. I was fired.

“I couldn’t get a job. I had nothing to do. And I was scared.

“Now my life is my own and every day I meet new people and I make as much or little as I want and I have time to work on my designs. I love to talk to people but I also love to be creative and now I can do both. “

There’s nothing wrong with a job. You might love your job, your colleagues, what you do, your boss, and your fixed salary that goes up once a year at a rate slightly slower than the rate of inflation.

The key is to have a Plan B and even a Plan C.

The “system” we were trained to grow up in (standardized tests, college, low-level jobs, own a home, have a family, owe more and more to the banks and the government, higher and higher level jobs, decent retirement account, retirement, some travel, death) works for a small percentage of people.

It took me a long time to come up with a Plan B. I was working for HBO and I thought the only thing I wanted to do in my life was rise up in the ranks and maybe even have a TV show.

When things weren’t working out I would cry and think, “WHY!? Why me? Why does it work out for everyone else but me?” even though it was clearly not working out for anyone else, my brain had singled me out for its own brand of punishment.

My brain hated me. It would wake me at three in the morning and yell at me until I cried in frustration that it wouldn’t shut up.

But they didn’t work out.

So I needed a Plan D.

But that didn’t work out.

A week ago, Plan J didn’t work out for me. A business I’m involved in completely failed.

Instead of being upset about this I was able to console the entrepreneur who had put his life savings in Plan J and had no idea what he was going to do next. He now owes debts and the IRS and every direction he turned said “no” to him. His next challenge is winding things down and preserving his marriage.

The system teaches you to think the Plan B is “failure”. (“B” is worse than “A” in the alphabet).

It’s not a failure if you have to resort to Plan B. Or even Plan Z. You will be stronger, happier, the people around you will benefit, and society will benefit from having toughened you up for what you now deliver to it.

It’s the BEGINNING of success when you start having multiple plans. Life is not a bullet going in a straight line but a scattershot that hits every possible future.

Some of those futures are where you will make your impact but you don’t know which one. You may never know.

If your plan relies on any one person to judge it a success or a failure, then you will fail. Because nobody else cares about you. They may seem like they do, as long as it corresponds with their plans. But once it doesn’t, then you are on your own.

Right now you might feel safe. You might feel, “I don’t need a Plan B. This is working out for me just fine right now.”

This is not just about money. But about relationships. About romance. About your creativity. About your inspirations. About your spiritual life. About kindness to others. About your health. They are all linked.

It’s hard work to get from birth to death. The worst thing to ever happen to us was being born. And then having to come up with all of these plans.

But the universe wants to see what you come up with. That’s the only reason it exists.

My friend, the madam, asked me if I wanted to try out one of her girls. We used to take walks up and down the stairs of the Chelsea Hotel every day.

This was our exercise and she would tell me her stories. I was of course very curious how she ran her business. I was getting an MBA up and down that staircase.

I said no, although this seems unbelievable now as I write this. I wasn’t interested. I only wanted to be with a woman who actually liked me. Which was rare!

To be honest, I had a crush on the girl who was the madam. I told her so but she laughed and said, “only women for me”.

Now the Chelsea has closed down. She was caught by the police. I quit my job, then lost my business, and on and on.

Today I’m staying in the apartment of a friend high above central park with views of the entire park. I got here yesterday and will leave tomorrow and never stay here again.

Claudia did a handstand in the window, overlooking the park, and I took a photo of it. It was fun and beautiful.

That was my Plan B for today. Later I will come up with ten new ideas for Plan C for tomorrow.

Every day I write down ten to twenty ideas for what I could do that’s new and creative and innovative. Some make money, some don’t. I have plans for everything.

Most of the plans are laughably bad. But sometimes a good one happens. And it explodes like magic into my life.

And in the meantime, if I’m lucky, I will stay alive. ALIVE!