DON’T BE AFRAID OF FREEDOM 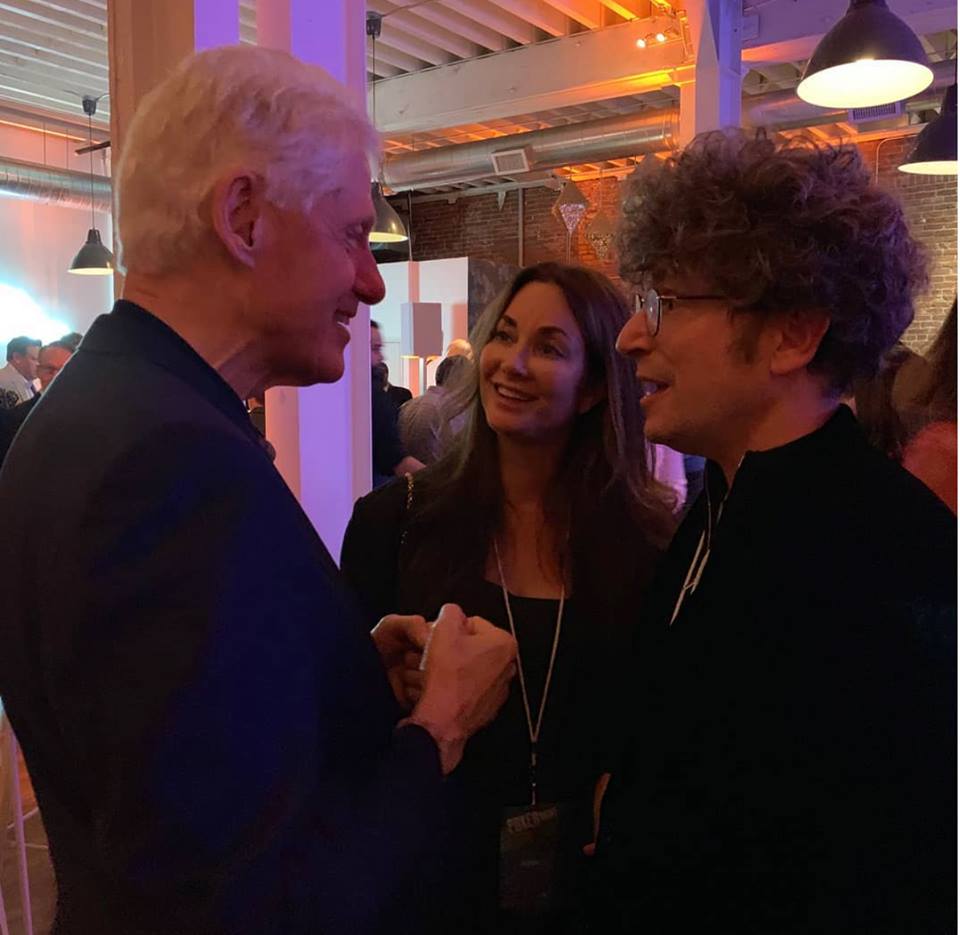 I posted the photograph above and over 60 people unfollowed me on Instagram almost immediately.

Other times I’ve written about my thoughts on the economy and people scream in the comments: “You Trump-Loving JEWBAG.” (Unemployment is at a 50-year low.)

Another time, the Libertarian Party of NY wanted me to run for governor. (No thanks!)

Why do I have to belong to a group in order to get the group to like me? Are we living in 1984?

Who believes in the exact same 50 policies of one side or the other?

I’m pro-choice but why do most pro-choice groups deny that post-abortion stress and depression exists?

And that abortion, no matter at what stage, is an incredibly painful procedure.

I’m against raising taxes but somebody said to me the other day, “Would it really hurt if everyone paid another $200 a year in taxes?” Which could equal $20 billion in additional revenues for the government. Maybe?

I don’t know the answer.

I’m against war. All wars. But one person thought that meant I was pro-slavery and anti-jewish and pro-Islam.

“Were you really against the Civil War?” Or, “What about the Jews in World War II?”

I’m a father. Not a historian.

I’m pro-Israel. I forget what party agrees with me on that one.

I’m in favor of banning the FDA, which is getting in the way of releasing possibly great cancer drugs.

Which party is that? I don’t care. The FDA is killing people.

I’m against the President having executive powers to initiate wars (the last legally declared war was in 1941).

I’m against going to college and so everyone who has been to college thinks I’m the worst danger to society.

I’ve lost friends and family over every one of the above issues.

The 1998 Internet Tax and Freedom Act, proposed by Bill Clinton, magnified the internet boom. It probably allowed me to sell my first business (an internet business).

It’s one small piece of the puzzle that made the internet the amazing source of innovation it became.

It’s not everything. But it’s something. And I agree with it.

And I also learn from Clinton’s many examples of failure. His failed race for Governor after his first term and his comeback.

How did he make that comeback? How did it propel him to the Presidency? (After his disastrous speech at the 1988 Democratic convention.)

Maybe I can learn from the global view of someone who has been President of the United States now that he’s an elder statesman and has a super wide perspective on all the conflicts between nations we see in this critical time.

Or not. But why not try and learn from anyone we meet? Why banish someone who posts a photo?

I’m also against most forms of welfare (more than 50% of US households are on some form of welfare). But does this mean I’m “far right”?

In the conversation in the photo we were talking about Puerto Rico and why it became such an extreme mess after the hurricane.

Why should he listen to me at all? But he did.

I’m against taxes because I think private industry is a better allocator of money and jobs than the government.

Does this make me “far right?”

People make a tweet and their careers are ruined. The Twitter mob has now replaced due process.

Nazism and Stalinism and Maoism all began by defining the words we use.

Between the three regimes they then took 160 million lives.

And Better is the person who listens to every point of view, learns, mashes it up, and develops their own point of view.

And, by example, helps people find their own freedom.

All of this is to say, I didn’t come first in Clinton’s poker tournament.

I had a hand that was AK and I went against junk played by a drunk and lost. F*** that person!

But I got this photo.

Thanks to Jay Wujun Yow for being such an excellent photographer throughout the evening (and later at Peter Thiels’ party). Thanks to Steve Cohen for convincing me to fly out here and LOSE this tournament. Especially grateful to poker pro and MC of the evening Phil Gordon for reconnecting and being so gracious with his advice and his comments. And, of course, Robyn Samuels for making the intro to Clinton. The first time I met a President.