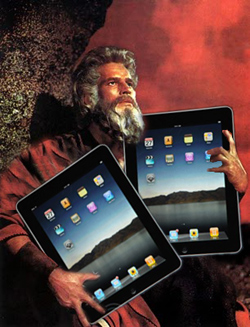 You ever notice that all the greatest advice in the world is always couched in the negative? And by “greatest advice” I mean: withstood the test of time.

Like, there were a lot of people in 1500 BC who were saying, “Be happy” but then Moses had to come along and basically just said, “Don’t Kill”. Everyone forgot the original self-help losers and said to themselves, “hmm, that’s pretty good: don’t kill.” And then to top it off, “Don’t covet thy neighbors wife”.

Note that Moses didn’t say, “have sex with someone you love and marry.” He just said, “don’t go after your neighbor’s wife.” He also didn’t say, “go out there and save lives. As many as possible, please.” He said, “Don’t kill.”

And Buddha didn’t say, “Be happy.” He basically laid out (in his four noble truths): “There’s a way out of suffering”. That’s it. Simple. Don’t suffer if you don’t have to. Buddha didn’t care if you were happy or not.

Ok, what about Jesus Christ?

He said, “turn the other cheek”.

In other words, his basic assumption is that someone is going to punch you in the face. His advice? Let them punch you again. He doesn’t say, “run and then go be happy.” He basically says, “be content with them punching you just as hard in the other cheek.” Because the world is a tough place.

But that’s an almost impossible task. Very few businesses have actually changed the world. That’s like trying to be happy all the time. Its sort of impossible. Even Google didn’t change the world. They simply tweaked an algorithm that was a tweak of an algorithm (start with Lycos, tweak (and you get Baidu), tweak again (and you get Google), tweak again (and you get AdWords). In other words, the original search engines didn’t’ work so well. They had a lot of bad results. So google came up with a way to patch the problem.

“I’ll tell you the one secret,” he said. “Make round pizzas”. It turns out that too often the pizzerias were making odd-shaped pizzas. Or would be delivered with the wrong ingredients. Or would be delivered too early or too late. He basically said, “don’t make basic mistakes” and you will be successful. He didn’t set out as his goal to make “the best pizza in the world”. Nothing close (almost by definition: his chain was made up all of Dominos pizza stores). He just wanted to do nothing wrong. The stores completely turned around and became super successful.  He eventually sold them and made a lot of money. 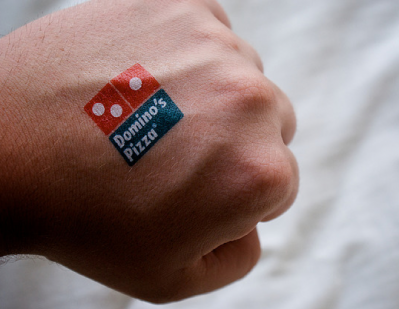 Tigran Petrosian is known as one of the best chessplayers ever. He was the World Champion of chess through the 1960s and was among the top 3 or 4 players in the world for a period of 30 years. He was also known to draw an enormous amount of games, meaning, no winner or loser. The secret of his success? He always made sure all his pieces were protected by at least two other pieces. In other words, the key to consistently winning for him was simply, “don’t lose by making stupid errors”.

Everybody wants to be happy. Everyone has a list of things that will make them happy. “I want a yacht”. Or “a big house”. Or ” a lot of money”. Or “sex with a lot of people”. Or, “I just want this one deal or promotion to go through”.

But maybe make a list of the things that make you unhappy. Do you really have to be unhappy about those things today? This moment? Try to catch yourself if they are making you unhappy today. When you feel that unhappiness start to whisper in your brain take a step back and say, “do i really need to be thinking about this this very second?” Almost all the time, the answer is “no”.

“But I really need to respond to this angry email from my boss!” you might say. And I would say, “no you don’t.” Its a vacation day.  Let it rest for a day. Go see “The Amazing Spiderman” out in movies today. I’m going to do that.

I worry about money. About health. About my relationships. About my kids. About emails I have to return. All these things give me stress. And stress is related to almost 99% of illnesses. But these are just thoughts. I don’t need them. I’m not going to kill today. My self.