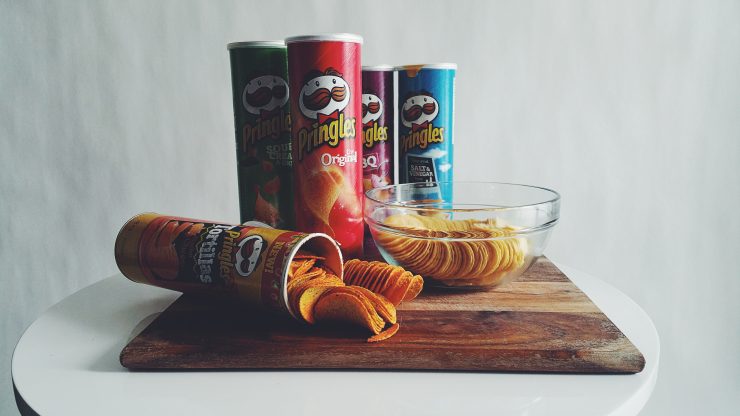 This is the story I told my two little girls when they were just babies.

Gene Wolfe needed to fit a baked potato into a tennis ball can.

Imagine if you were given that assignment at work. What would you do?

He crushed the potato into powder and then baked it into thin slices, and fit the thin slices into a tennis ball can.

Then he put a bit of salt on, a bit of sugar, dusted it with fat, and maybe a little flavoring.

He called them… Pringles.

This is no joke: the man who was initially given the task ended up in a mental institution and Gene took over the job.

The greatest food known to mankind. If aliens came down and had a BBQ Pringle they would conclude we were a highly intelligent race.

Gene Wolfe would be my hero just for this.

But then Gene decided his life’s mission was not yet over. He had much more to do.

While many normal human beings not as obsessed with status and creativity as Gene was might say: “OK, I just did my life’s achievement. I’ve achieved my PURPOSE. I’ve created an easily stored food based on a vegetable that, when doused with a ton of salt, will please children and adults for decades, maybe centuries.”

I mean, what would you do at that point?

If I were Gene, I would’ve rested on my laurels, collected awards, played golf with friends, can of Pringles always in tow, maybe a little belly develops but hey, I deserved it. I would have EARNED it.

But Gene knew the magic secret. And it is only with his lifetime (and at 87 he’s still going) that he is able to share that secret.

The secret: One page a day.

Sit down and think of the worst thing that happened to you in the past week. That’s at least a paragraph or two.

Gene ended up writing 50 published novels, including many bestsellers and award winners.

He didn’t get stereotyped and stuffed into that Pringles can. As dead as the chips he created. Even though that was the pinnacle of his engineering career.

Instead, at the age of 40(!) he totally changed careers and became one of the best known science fiction writers ever.

He did what he loved to do. That’s what keeps you alive every day.

Life is just an invitation every day to reinvent yourself.

I was talking to James Manos, the creator of Dexter. He said, “My definition of success is if you can’t distinguish between work and pleasure.”

It’s OK if right now the two are separate for you.

We repent what we want to change. We regret what we never changed.

This is my page today.