Economy, Protests, Virus… Everything You Need to Know About the New Abnormal 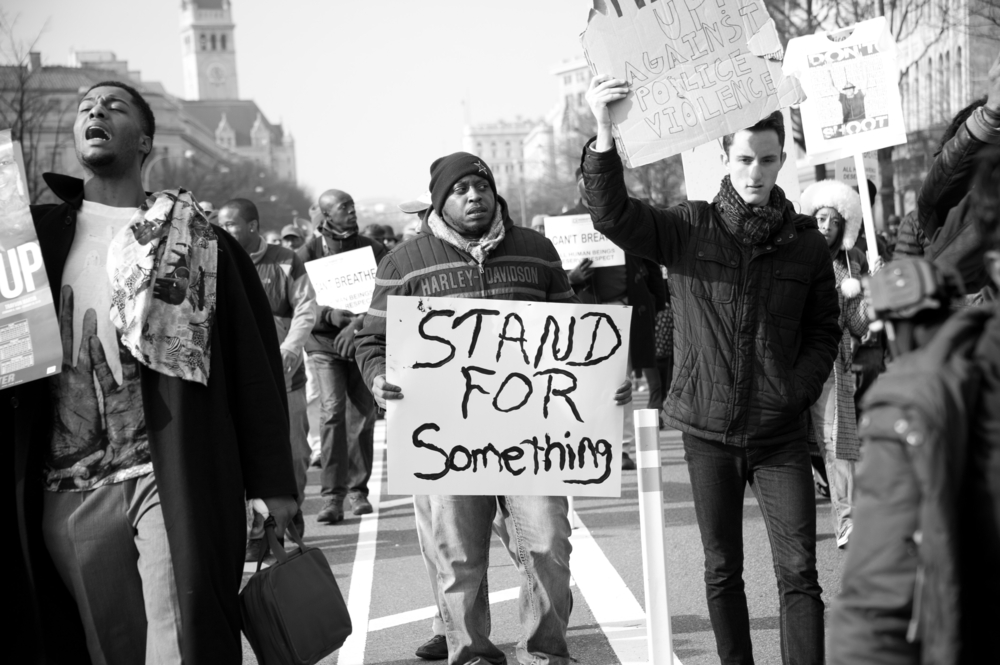 These are tender times. The system we live in is being questioned. As any system always should be.

This newsletter issue takes a look at exactly where we are right now on the virus, lockdowns, stimulus, protests, and opportunities. Based on hundreds of conversations with healthcare officials and experts, economists, government members, investors, and entrepreneurs, I want to summarize as concisely as possible some thoughts on the New Abnormal.

Questions are welcome and I will answer. Also, suggestions for future newsletters. This newsletter comes out every Monday. Subscribe because I will always be as topical as possible.

A) There will NOT be another lockdown. We know too much now about the fallacy of mathematical models. We know too much about which healthcare methods work and which don’t. We are also starting to know the effects of lockdown on mortality….

B) The mortality rate of homeless people is 9x the mortality rate of non-homeless. No leader will risk 40 million jobs lost again. The collateral fatalities are too great among the impoverished and those needing other non-virus treatment. Plus, mental illness effects. It’s this statistic that will help govern future decisions about lockdowns. The collateral fatalities are too great.

D) There will likely be a second stimulus. Plus the Federal Reserve is using trillions to buffer different parts of the economy.

To put in perspective, the economy is about $15 trillion a year. So trillions in stimulus will radically change/grow the economy.

If the pandemic cost the economy about $2–3 trillion in immediate spending, then $4–5 trillion in stimulus or Federal Reserve actions could account for about a 30% increase in GDP off of the lows. Compare that with an annual rise of about 2% normally. This means the economy will come back V-shaped. There will be opportunities but a lot of them are unknown (as they should be) at the moment.

Change will happen in ways we can’t predict but this is the OPPOSITE of what happened in the 1930s with the Great Depression.

During the Great Depression, the government used “reverse stimulus” (e.g., RAISING interest rates) because they thought speculation was to blame. NOW, they are increasing speculation, which encourages innovation, creates prosperity, and increases employment.

Many people are worried that this “printing of money” will lead to hyperinflation. This will not be the case:

1) Currently we are in a massive deflationary environment. Inflation is often caused by high employment. This is NOT an issue now. We’ve gone from 3% unemployment to 13% in a few short months. We are a long way from full employment, and even when we were at full employment, there were no issues of inflation for reasons I describe below.

2) Inflation is often caused by too much supply of currency — which is an issue — BUT… there is so much demand for U.S. currency around the world (what other currency can replace the dollar?) that this still creates deflationary pressure. It’s nearly impossible to have hyperinflation when our debt is in the same currency we raise taxes in. See examples: Zimbabwe, Germany in the 1920s, Asian Default Crisis, South America in the 1980s… 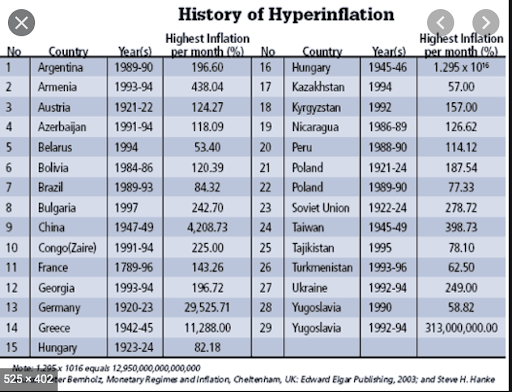 Life is not going back to normal.

On coronavirus modeling and data, I have been resorting to:

Ignore media articles that say “new cases at all-time highs.” Cases will always go up. The more testing, the more cases. There are still millions of undiscovered cases.

The data that is relevant: new hospitalizations (which is a lagging indicator of infections by 10 days)… And daily new deaths, which has several problems:

Why protests WILL occur again:

Compare current protests (or earlier “Occupy Wall Street”) to the 1960s with MLK and Malcolm X… the 1980s with Solidarity in Poland and Lech Walesa… Nelson Mandela with South Africa… Gandhi with India…even 1992 with Rodney King, etc.

As an amazing guide for what leadership in the midst of protests look like, please look at Martin Luther King’s early speech in Montgomery:

Clearly reform is needed. But to get proper reforms you need leadership that knows how to negotiate the nuances of those reforms. It would be horrible after all of this despair and anger that as a society we go adrift and don’t get the reforms that are needed.

Over 10 million adults are “unbanked.” Meaning they don’t have bank accounts so they resort to pawn shops and payday lenders.

The quickest way to get rid of unfair treatment of any group is to have economic and banking reform. But related to that is education reform and criminal justice reform.

Make voting standards federal and not state by state.

ACCELERATION: If something was going to happen in 10 years, it will now happen in one or two years.

If you thought automation was going to replace workers in 10 years, it’s going to happen much faster.

If JC Penney was going to go bankrupt in 10 years, it will happen tomorrow.

If you were going to get divorced in five years, start calling lawyers tomorrow.

LOCAL: Voter turnout will go up for local elections, services for local businesses will be in need (for instance, make and sell stickers to be placed on the ground for lines to retail stores to help people line up six feet apart).

ANY stimulus now needs to go direct to consumers and not be used to bail out industries that will die anyway.

The fastest way money gets into the economy is if you directly hand a check to a consumer. The way you can measure the political mismanagement of any future stimulus bill is what percentage of the bill is to industries and not consumers.

This is not meant to be anti-business. It’s just reality: If you want to increase spending NOW, give it to the people who spend now.

Businesses use the money to pay down debt, or put in the bank, but not to directly spend.

Some side hustles that can turn into businesses (each Monday newsletter will include ideas like this):

Copywriting makes use of cognitive biases to sell products. Some basics that you will recognize from emails you get all day long:

The “long letter”: The conversion rate on a half hour letter is higher than the conversion rate on a letter that just takes one minute to read. How come? Because your brain doesn’t like to think it’s stupid. Your brain will say to you: “Hey, I just read this letter for a half hour so it MUST be important. I better buy this product in order to justify all the time I wasted reading this letter.”

I write the above sort of cynically but if you have a message and product that you believe in then you will use this technique.

The six “U”s: Sometimes this is called “The four ‘U’s,” but there are two more that you must include in any copy-written letter.

And I will add one more:

Learning copywriting can allow you to create and sell your own products or help others sell their products and then you can scale.

Example: Write copy for a local dentist to up his number of customers. If it works, you could scale by selling “Dentist in a Box” services to 10,000 other dentists.

I call this IDEA MULTIPLICATION.

This is already obvious but just repeating it.

Use Zirtual to find opportunities.

I am not recommending being a virtual assistant forever.

Here’s how I would attack it:

Become a virtual assistant for a few high-net-worth executives.

Then, remember this mantra: “Your best new customers are your old customers”.

If you help an executive update their LinkedIn page, then also suggest: “Hey, you should have a presence on Instagram, TikTok, Facebook, Twitter, etc. I can help you with all of those.”

Hire people to help you do constant updates for all of your clients. Get more clients.

Now your time as a virtual assistant has turned into a social media agency you can build and ultimately sell for millions.

When you think of the word “restaurant,” you usually think of a location with good food, tables, waiters, hosts, bartenders, busboys, cleaning people, etc.

That period of our lives is now over.

A restaurant is a menu. If I were starting a restaurant today I would google “Local commissary kitchens” (i.e., a legal kitchen that can serve food for charged delivery).

I would create more than one menu. James’s SushiRitos, GenZ Pizza, etc.

Rent space in a commissary (or cloud) kitchen. Create multiple menus. Upload them to DoorDash, UberEats, and GrubHub. See which menus get the most orders. Double down on those menus and shut down the other “restaurants” that you started.

In a recent podcast with Sam Parr, we were brainstorming what sorts of specialty restaurants might work:

With everyone working remotely, more emphasis on content creation will be rewarded.

Here is how I view monetization of content creation:

SPOKE & WHEEL: The wheel is the core values and content you want to create. For instance, “investing” or “fantasy sports” or “dieting” or “dating.” Whatever you feel strongly passionate about and want to create content around.

How do you find a passion? I don’t mean this in a life-changing sense, since one will have many passions. But how do you find something that makes you happy right now that you would love to create content around?

Again, Your WHEEL is the core of what you want to create content around. The SPOKES are the ways you monetize it: podcast, book, blog, course, newsletter, speaking, consulting, Patreon, social media, affiliate deals, etc.

If there is interest (please email and tell me), I will write newsletters about how to monetize and maximize each of these spokes.