Why the Economy is Totally Screwed. And How You Can Make Money Off of it Today 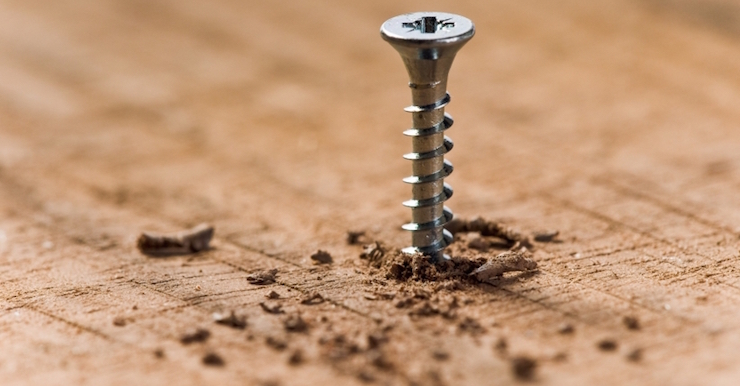 Imagine you’re the passenger and a coke-addict speed addict drunk is driving the car and it’s on one of those James Bond cliffs where one wrong move and everybody dies in a firebomb.

If you’re lucky they can take a skin graft from your leg and turn it into a nose. They can fix up your eyes. But nothing can replace a smile except skin from another face.

But don’t worry. I think there’s a way to avoid it. I’m an optimist because although the “economy” is screwed up, innovation is here to stay.

I put economy in quotes because there’s no such thing. The word itself is in doubt. “Economy” means a way of being prudent, of having less leg room, of being forced to check your bags all the way through. We’re an economy class world being ruled by first class plutocrats.

Again, I don’t mean to be paranoid so I won’t be. Let’s focus on the optimism.

But first, let’s not forget whose fault this is:

I don’t mean this in a bad way. The real fault is that all the 18 year old little boys in the US were sent off to shoot people in WW II.

Note this is not an anti-war post. History is written by the winners. You and I are winners.

So women took their jobs. And when the men came back the women, quite correctly, didn’t want to give those jobs back. Why should they?

Double income homes. Double income garages and white picket fences and grass and schools and big roads and mass transit into the city they left behind.

But then they needed more. Dopamine is triggered when you get your new rewards. Dopamine makes you happy. But “new” is the key word here and not “reward.” So we needed more “new” to trigger more “dopamine.”

Johnson had his Great Society, which put money into the economy. Then we had to pay for another war, another group of 18 year old coming back depressed and dead. And we needed more.

So Nixon took us off the gold standard. Suddenly we were shooting inflation into our veins. The great thing about inflation is that first you feel flush and it’s only later you feel down.

When we needed a fix again we had the peace dividend, then the need for speed got us the Internet boom (and thank God Clinton said “no sales tax” on Internet sales) and then finally a man who understood the dark side of history used Y2K as an excuse to flood the economy with money (more and more leg room in our economy class).

And….it was over. That was it.

The only thing left. The Federal Reserve for the first time ever actually gives interest payments (0.25%) to banks that don’t lend out money while the Fed still buys stocks.

Which leads me to….the average person is screwed. I’m on the board of a billion revenues temp agency. I can tell you, it’s not pleasant what is happening. Don’t believe the employment numbers. Look at the part-time numbers. Look at underemployment. Look at people leaving the “numbers” behind.

Which is the good news.

Because there is a separate economy. A real economy. An economy where people are driving cars with no drivers. Where robots perform surgery. Where drones kill people from thousands of miles away. Where fracking goes horizontaly into your rivers to turn the US into a new Saudi Arabia.

In other words, the innovation economy.

So if you want to avoid riding over the cliff in economy #1, you must go into economy #2. Be the lady and the tiger.

Here are the trends coming in the next ten years and the stocks to keep an eye on. Some old, some new.

(Note: To stay ahead of market trends, check out my checklist for finding profitable innovative technologies – Learn more here.)

Every car needs batteries. A car is just a computer with a car app on it now. And computers need better batteries. All the lithium is in…guess where…China and a tiny unheard-of country called Afghanistan.

ENS, Enersys, is a Lithium play. ENS makes the batteries and trades for 12X forward earnings although my guess is they will continue to surprise. More on this stock and all stocks I mention here in a future article.

Every ten years the average age of death is rising by 2.2 years. You know what happens to old people? The three top causes of death: cancer, heart disease, and Alzheimer’s.

I am a big fan of diagnostics.

I own TROV (Trovagene). Here’s the key, what if Steve Jobs peed in a cup every week to keep updates on his pancreatic cancer instead of get invasive biopsies. That’s the difference between TROV and what hospitals do now. The market for this is basically every person above the age of 40. Meanwhile TROV is doing deals with every medical facility out there to test the test. I own it and I’m not selling until $70.

Too many people mistakenly call this the defense industry. What exactly is America defending against. We have military in 74 countries. ANd the government doesn’t hire tiny companies to offend for us. They hire big companies that then hire the tiny companies.

Lockheed Martin (LMT) is my choice. When we need more drones some general calls LMT who then makes the call. They trade for 15x forward earnings, 3% dividend yield and they’ve raised their dividend for 10 years in a row. BAM!

If you really like drones (and I do. I’m still waiting for Amazon to start delivering me pizzas with drones) then keep an eye on AMBA (Ambarella). They make the camera chips inside the drones. In the land of the blind, drones are king.

And by clean energy I mean coal. You ever see those vast tracts of land with those ugly wind farms that don’t work? Land that could’ve been used for food?

Coal goes straight down, and still fuels half the country with electricity.

We can argue all day long about what companies will be here in 20 years. But there are three clear leaders that are not going anywhere and keep out-innovating each other: AAPL (the iphone6 is baked into the price but not the ipad mini air), AMZN (all bookstores are dead), and GOOG (the above-mentioned driverless cars are only the starting engine).

I will follow up more on each category in future articles. This is my starting point. (Update: The Next Trillion Dollar Tech Business)

I’m very scared. If we trust that the world will fix itself, we are putting our trust in the wrong place. It never has and never will. The world will be fixed by the next generation of the economy.

And nobody can predict the future.

But I look for what demographic trends are starting to ripple with excitement today. What trends seem unstoppable by the direction the car is going.

(Related: How I make money off of trends)

In 2005 I wrote a book, “Trade Like Warren Buffett.” In the book I show how Buffett’s first criteria is not value but demographics and trends. This is the way to build for the future.

I’m scared but I have hope for the future because of the innovation that I am seeing every day. Don’t believe anyone who focuses on doom and gloom or timing shorts or hate for the news or hate for the people who think they control the economy. These people will lose money.